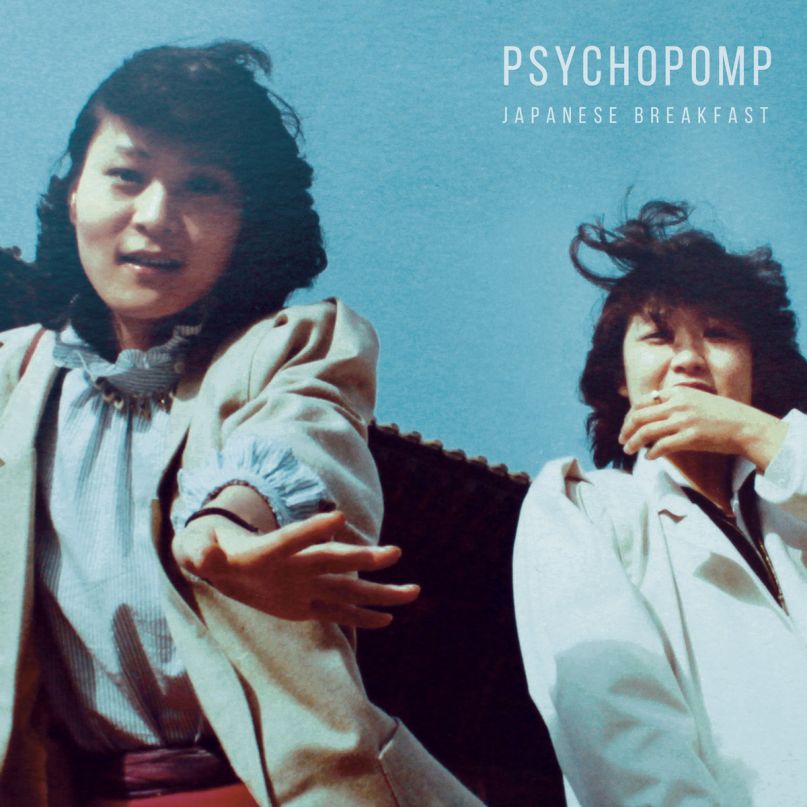 Pure indie pop, like regular pop, is hard to pull off. It has to target interesting topics, it has to win your heart after those initial listens, and it has to get you to sing along months later, a point at which most pop listeners turn the dial for something new. Most importantly, reputable pop must phrase its contents in a way that’s entirely original. Michelle Zauner does that with her official full-length debut as Japanese Breakfast, Psychopomp. It’s lo-fi heart with detailed production, the type of pop that feels homey and familiar — which is doubly surprising given Zauner’s other band, Little Big League, is full of jock riffs and chunky guitar rock.

Psychopomp brims with well-defined hits and emotional strength. Between recording lo-fi songs for a writing project with Rachel Gagliardi of Slutever, releasing two cassette mini-albums on Bandcamp, and performing with Little Big League, it’s easy to see how Zauner’s songwriting skills are so refined. Her indie pop hums with the warmth of Smashing Pumpkins on “Heft”. Drums plod along behind clumsy guitar, forming the type of musical relationship that charms you right from the first words that leave her mouth. “In Heaven” races forward with uplifting pop melodies akin to Sky Ferreira, though Zauner tackles topics far heavier. “The dog’s confused/ She paces around all day/ She’s sniffing around your empty room,” she sings. “Is there something you can do with yourself as I sift through the debris while I empty every shelf?” She’s massaging the sore spot left by the death of a loved one, but it sounds so colorful, like a Broken Social Scene cult favorite. Zauner refuses to take the easy road here, to glorify her pain, and instead marches right through it with the clear belief that she will make it through to a place where she can feel the sun’s warmth on her skin again.

Zauner isn’t afraid to detach herself from the music and wander into its instrumentation. She’s good at writing hooks, but she doesn’t need to cling to them adoringly. Psychopomp sees her twirl in circles amidst synth grooves that take over as quickly as the second track, “Woman That Loves You”, sacrifices traditional structure. Closer “Triple 7” pushes soft guitar plucks back into the shadows so vocal harmonies can dictate where the verses head. Then there’s “Jane Cum”, a display of Zauner’s vocal tour de force that flexes its muscles by battling tidal waves of static, her voice fighting to break through the wall of noise. Eventually, only a violin and finger-plucked guitar remain standing when it all fades during the song’s final moments.

Just because she went solo from Little Big League doesn’t mean she’s dropped her need for a good solo. On “Rugged Country”, arguably the most straightforward rock song on the album, Zauner lets her guitar ring out. Clean strums lead right into her spirited solo. While she’s displays her considerable guitar skill here, she also knows when to let it take the spotlight and when to take it a step back.

It’s a good thing she isn’t afraid to get lost. Japanese Breakfast’s defining strengths stem from the unbelievably full instrumentation. The lyric-less “Moon on the Bath” bounces guitar echoes off one another, pooling together in a meditative reflection. In pure pop moments like the cascading synth tinkle “In Heaven”, Zauner layers shakers and electronic-filtered strings. Psychopomp is round and full, yet still light. Sure, it may have been smarter to crank out hits instead of inserting a few filler tracks, but at least she focuses on fullness over cheap melodies.

Psychopomp unleashes purified elation at every chance it gets. The album’s warmth reaches peak dreaminess on “Everybody Wants To Love You”, a two-minute burst of feel-good riffs and liquid synth. The title track starts with the dissociative synths of The Books before taking on Mogwai vibes, eventually focusing on a recorded phone conversation. Two characters talk over crackling reception before you can decipher their final exchange: “Don’t cry.” It’s as much a command to herself as it is to the listener. Psychocomp chases joy while replicating it in the process, leaving you full of the belief that this could be your year after all.

Essential Tracks: “In Heaven”, “Heft”, and “Everybody Wants To Love You”