John Congleton and the Nighty Nite – Until the Horror Goes

All of us are neurotic -- but none of us are gods. 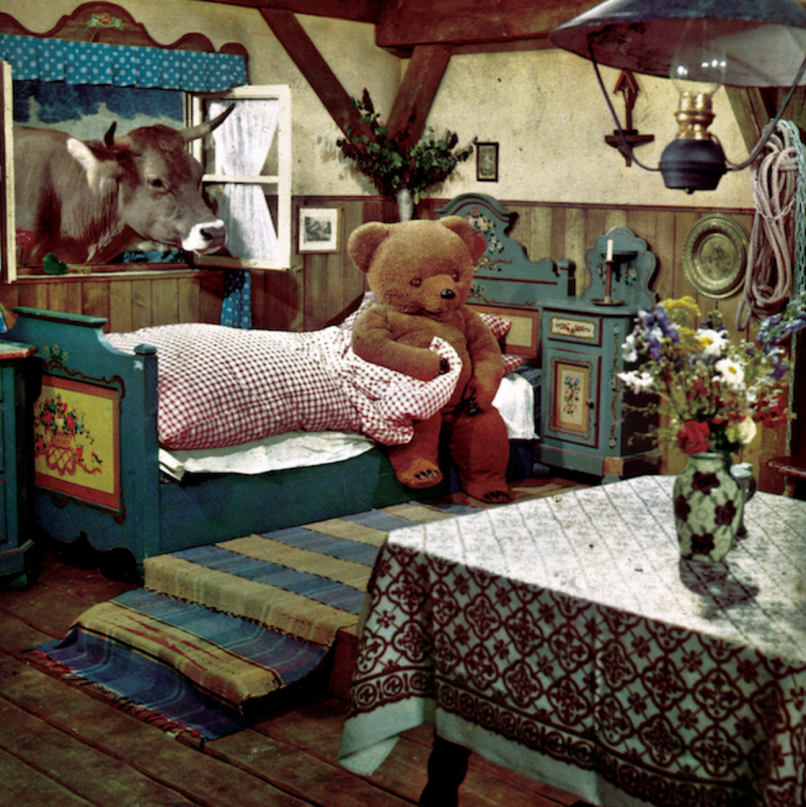 Whenever a musician declares that their next album is going to explore something as heady as “the human condition” or “post-modern life,” there’s every reason to groan. Those are huge topics, so much that the best tactic would be to address them from the stance of the everyman. But so few artists do that, instead opting to elevate themselves to the position of demigod, an indie rock super-being who’s somehow tapped in to a message that we mere mortals could never figure out on our own. Even worse, the message is so often nothing more than an obvious statement masquerading as high analysis. I love Parquet Courts and even love the scratch-n-sniff musicality of Content Nausea. Lyrically, however, I’ll never be able to get into an album whose thesis amounts to: “The internet and social media are terrible, and you’re a soulless drone for letting yourself be consumed by it.” I’d be more inclined to listen to them if the band at least admitted that they, too, are soulless drones, but given their lack of a Facebook page, Twitter account, and co-frontman Andrew Savage’s consistent condemnation of those very things, I suspect that’s not the case.

They’re not the only ones either. They’re not even the only musicians I love who take that approach. Arcade Fire, Lower Dens, and (occasionally) Bruce Springsteen have all been guilty of vague, borderline elitist sermonizing. And after seeing John Congleton drop the Big Idea words above, I thought this might be the case with his new solo album as well, which is kind of insane when you think about his work as a producer and engineer. As of late, his production has consistently packed a modest sort of muscle, bringing out the rough-and-tumble (yet still gorgeous) animal in everyone from The Districts to St. Vincent to Strand of Oaks. He’s like a less abrasive version of Steve Albini.

Scrappiness aside, though, his latest record with the Nighty Nite, Until the Horror Goes, sounds like a mad science experiment where Human Exhibit A (Congleton) is being put through a lab-rat maze of those big ideas, challenged to navigate the unpredictable corridors of the “post-modern life” and “human condition” and other obtuse concepts that mean nothing unless you’re listening to someone who’s intelligent, articulate, and humble enough to unpack them. That last quality is what so many rock stars lack, but fortunately, Congleton never views himself as not being one of the rodent colony. It’s that vantage point that keeps him in the moment, that keeps him on the same level as the rest of us, that enables him to make astute observations without ever being condescending.

(Read: John Congleton’s Quest for the Truth in Five Records)

As a result, Until the Horror Goes is frequently interested in the body-horror dread inflicted upon us by technology and mortality, a statement that’s much more specific than “Modern life bad! Real things good!” Specifically, Congleton’s preoccupied with the intersection of human meat and the human consciousness. How do you reconcile having something as cosmic and spiritual as a soul when it’s imprisoned by a vessel that wouldn’t look out of place hanging in a butcher-shop window? More importantly, how do you deal with the predatory nature of this vessel, a predatory nature that’s built into our collective DNA? That’s what he wonders in opener “Animal Rites” — this idea of “biology versus virtue,” as he puts it, the challenge of not treating other people (usually people you want to fuck) like objects. Congleton doesn’t have the answers, instead offering darkly humorous one-liners that are funny in the moment, even if they end up being haunting later on: “If you want to see a dead body, take off your clothes.” See what I mean?

Congleton matches his often unsettling words with soundscapes that are equal parts Orwellian dystopia and Pee-wee Herman short. The cybernetic strings on “Your Temporary Custodian”, toy gunshots on “Canaries In a Coalmine”, and battery acid synths on just about everything all work to offset the general pleasantness found in most of the melodies — all of which would sound euphonic if played on an acoustic guitar. While this all makes sense thematically, it does tend to send the back half of Until the Horror Goes into sensory overload, especially when every last word gets filtered through Congleton’s hyperactive voice. He’s the brainiac in the back of the class, the kid who’s always nice, but still tweaked out and the messenger of theories you don’t always want to hear.

That makes the demented vocal modulations and “Death to everyone!” cries in “A Tale Told By An Idiot” hard to listen to (at least at first), but also gives the album’s quieter, more focused moments an automatic resonance. When stacked against the Oingo Boingo circus of “Who Could Love You Lucille”, closer “You Are Facing the Wrong Way” — with its minimalist chimes and softly breathing keyboards — becomes easier to swallow, even though both tracks adopt the same fatalism. It’s just that one song sounds panicked and the other sounds resigned. Until the Horror Goes could probably use a little more of this resignation, but I’ll take spazziness over divinity any day. All of us are neurotic. But none of us are gods.

Essential Tracks: “Animal Rites”, “You Are Facing the Wrong Way”