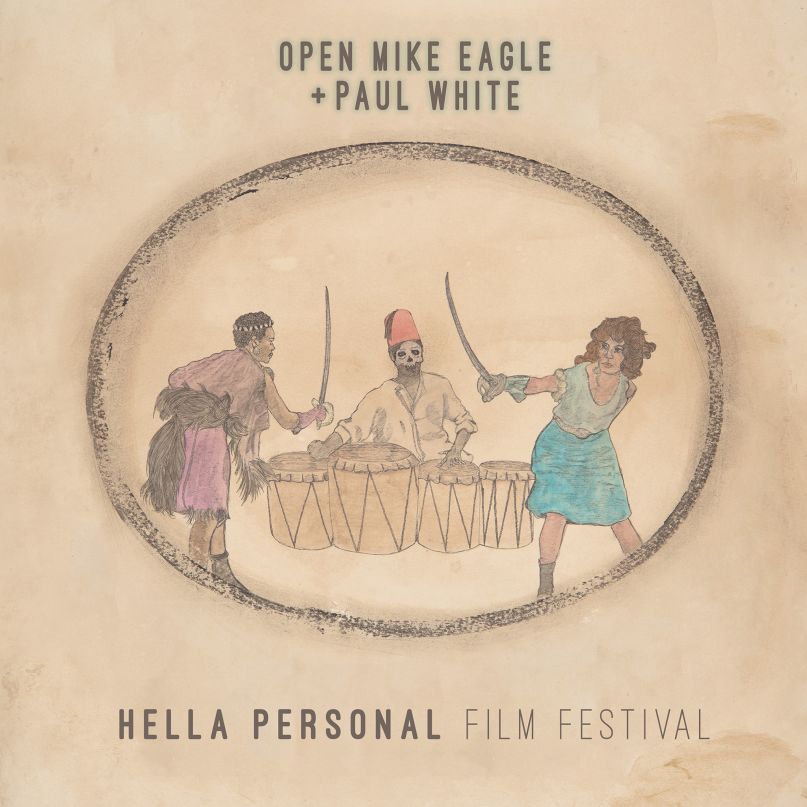 Open Mike Eagle raps what we’re all thinking — or what we’d all be thinking if we weren’t distracted by our inability to snap a photo of our brunch platter just as a ray of sunlight hits that dollop of crème fraîche. The L.A.-via-Chicago MC raps about our Instagram addiction, too, though not within its own bubble. He understands how sepia-tone photos and digital hearts are connected to society’s ills through a web that breaches the Internet’s boundaries. Though Eagle is as affected by technology’s omnipotent grasp as anyone else with access to a smartphone or free WiFi, he nevertheless is able to see where the puzzle pieces fit and nudges them into place. You call his vision “dystopian,” though that fails to elucidate Eagle’s grasp of society’s many facets, including those that fall into a grey area — and that’s not to mention the brightness he sees through the muck.

Eagle is a force on his own. Witty and earnest, he raps with a conversational flair, which makes the great swathe of subjects he juggles go down without much trouble: He can rap about his personal, private relationship with his son in one breath and let out a zeitgeist-skewering one-liner in the next. Hella Personal Film Festival adds to Eagle’s great streak of magnetic material, though he didn’t make it alone. As the credits imply, the album is a full partnership between Eagle and Paul White, the UK producer known for his work with Danny Brown, among others. White’s fingerprints are all over Brown’s breakthrough XXX and 2013’s Old.

On Hella Personal Film Festival, White provides Eagle with intoxicating, colorful, and vibrant music that augments the MC’s multi-faceted personality. The sun-beaten, melted soul instrumental for “Smiling (Quirky Race Doc)” underscores Eagle’s catalog of the irrationalities born from repressed racism. The music acts like a reference to the stereotype of pre-war black chain-gangs, right down to the warbled vocal samples, which punctuate Eagle’s lines that point out the absurdity he faces because of the color of his skin: “I don’t want you, your purse, or your pocketbook/ Them dumb yoga pants, boots, or fur with the octopus/ Trust, I’m not trying to polish your toes/ Take your wallet and phone or follow you home.”

Elsewhere, White’s glittery funk shuffle on “Admitting the Endorphin Addiction” brings out Eagle’s charming tenderness. The sumptuous instrumental underscores Eagle’s points about the addicting chemical reactions he gets from poking his phone’s screen: The two trace a line between the feelings that inspired ’90s R&B jams and the pulse-juking physical response that can come from receiving a Twitter notification. Eagle caps off that concept when he rap-sings, “Rap music has ruined me/ I always want to loop my favorite part.”

Eagle doesn’t hold back much (it’s part of what makes his music arresting) and while that line from “Admitting the Endorphin Addiction” feels genuine, it doesn’t quite reflect Eagle’s reality — at least, in terms of his own output. Sure, he frequently cycles back to several subjects on Hella Personal Film Festival; “Check to Check”, for example, is stuffed with spot-on ruminations of the palm-sweating anxiety that happens when you are unable to access the world’s information for even a small fraction of time even though the tools are within arm’s reach. But even when he covers familiar territory, Eagle rarely repeats himself. He’s constantly finding new ways to say something better, and it’s part of what makes Hella Personal Film Festival feel so necessary.