There's nothing different on their latest, but the electropop duo still somehow sound fresh 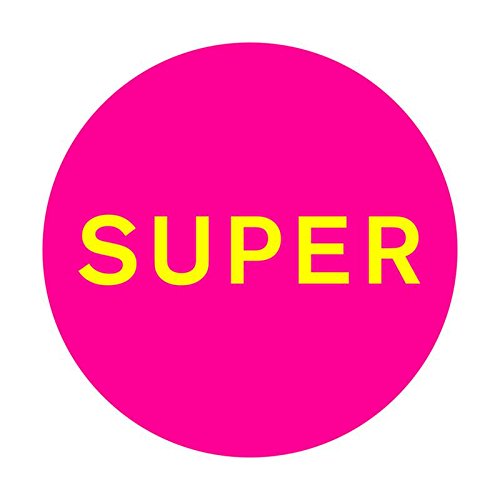 Critic Stephen Thomas Erlewine described the Pet Shop Boys’ Nightlife as relying “more on craft than innovation.” The same could be said about their latest album, Super. The songs presented here don’t reflect any evolution of the group’s style, or sound, or even their approach to the medium. Rather, it almost comes off as if they are presenting the story of their entire existence as a dance pop band, from their subtle synthpop beginnings a la “West End Girls” up through 2013’s more straight up electro-dance maelstrom, Electric.

Produced by Stuart Price (who also helmed Electric), Super, like most of their catalog, is firmly planted well within the heart of the dance floor. However, unlike Electric, the album doesn’t stay focused on current sonic archetypes as much as it floats between a variety of styles favored at one time by Neil Tennant and Chris Lowe. While many only really remember the Pet Shop Boys for their late ’80s and very early ’90s singles, the duo continued to produce a vibrant catalog that eventually included tangents off the dance floor, such as performing a score to Sergei Eisenstein’s 1925 classic silent film Battleship Potemkin and 2011 ballet The Most Incredible Thing. Upon listening to this latest release, I get the feeling that the band is giving a nod to where they’ve been.

Despite being best known for songs nearly 30 years old, the Pet Shop Boys have always maintained a relevancy and a true connection to what was happening within the subculture of electronic music. Super reflects a lot of that. “Happiness” comes off rhythmically like a duet between the Pet Shop Boys and Hot Chip, while “Undertow” is late ’90s Madonna. In fact, while listening to it I couldn’t help but think of Music; the chorus (“There’s an undertow”) is so undeniably Madge. It makes sense when you consider that Price has worked with Madonna on a variety of songs, including remixing tracks off Music and producing 2005’s Confessions on a Dancefloor.

The record was produced in both London and Berlin, but stereotyping would suggest that “Sad Robot World” (with its cold, Numan-esque vibe) and “The Dictator Decides” (the duo’s return to the political) were cut on the Continent. Numan’s influence — that minimal, calculated, chilled melody, carrying Tennant’s fragile vocals throughout “Sad Robot World” — has often been associated with German electronic artists like Kraftwerk or productions such as Bowie’s Berlin Trilogy. What “Sad Robot World” reflects sonically, “The Dictator Decides” does so lyrically. I don’t know when exactly they wrote the lyrics to “The Dictator Decides”, but the story can certainly be seen as somewhat reflective of the current political landscape in the United States and the potential rise of a politician who many see as a demagogue. The Pet Shops Boys are not unfamiliar with the political; 2006’s Fundamental was heavily influenced by the Blair/Bush relationship and Iraq War. Just as on that album, the duo is smart here about their approach, saying what they feel without being heavy-handed or out of character. They’re not preaching. They’re just talking with you.

If any song on the album is autobiographical lyrically, it would have to be “The Pop Kids”. The lyrics are too dead-on in their storytelling and lack much of a regard to rhyme or rhythm. The melody, meanwhile, is slightly infectious, practically a post-Technique New Order song. To that end, Tennant worked with Bernard Sumner on Electronic. While “The Pop Kids” is that buoyant, upbeat side, New Order’s more heady, cheeky side is felt on “Burn”. With the lyrics calling to “burn this disco down,” it is almost too easy to mentally imagine Sumner in place of Tennant on the track.

That said, this is a Pet Shop Boys album throughout. Super certainly reflects a lot of their influences, but it also exhibits a lot of what the Pet Shop Boys have contributed themselves. “Pazzo!”, for example, seated dead center in the album’s sequence, is a dance number that pinballs between styles, while still being identifiably Pet Shop Boys at each and every moment. And while Super is not indicative of the next big thing, and a few of the more club-oriented numbers sound more like remixes than actual songs, it’s an enjoyable way of catching up with the Pet Shop Boys while being served something fresh.