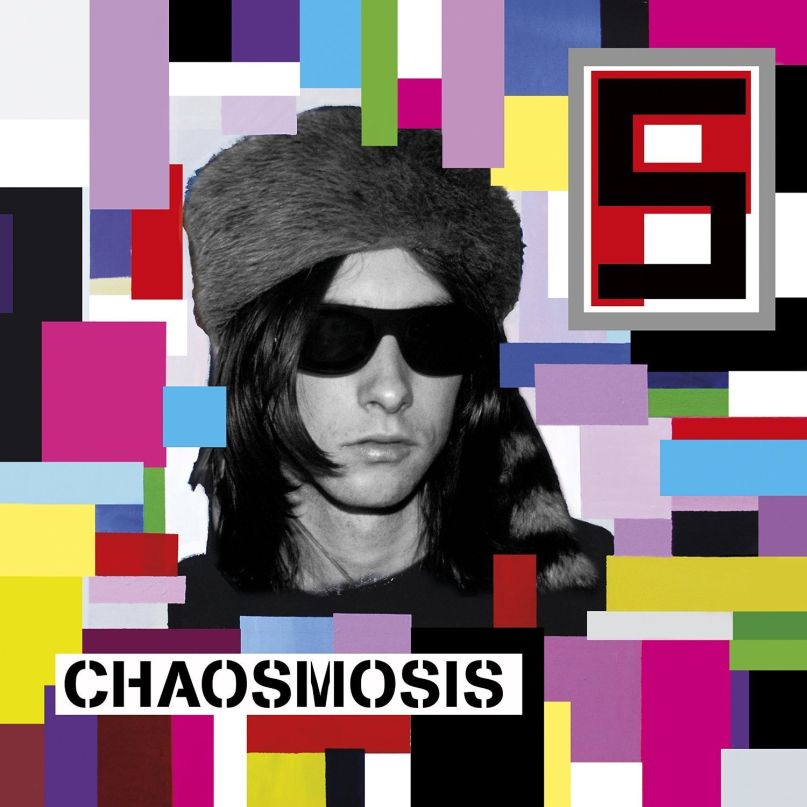 With Primal Scream’s breakthrough album Screamadelica celebrating its 25th anniversary, it’s clear that the band’s smash third record has been on Bobby Gillespie’s mind lately. After years of experimentation, touching on everything from industrial to trip-­hop to psychedelica, the Scottish band’s 11th studio album, Chaosmosis, is something of a homecoming, returning to the sounds that first gave them international fame. Revisiting the acid house leanings of their early ’90s records might be an exercise in nostalgia. After such a long and diverse history, it feels like Gillespie and company aren’t trying to recapture some faded glory like so many other ’90s rockers, ­­but rather are expanding the reaches of a palette left untouched for almost two decades.

From the moment album opener “Trippin’ on Your Love” drops in, you’re transported back to a time before the seriousness of More Light, before the harshness of XTRMNTR, back when Primal Scream was, basically, a feel­-good party band. The bouncy pop hooks, the airy electronic beats, and the choirs of backing vocals are all straight off of Screamadelica and Give Out But Don’t Give Up. This is music for the old Hacienda, for taking MDA and blissing out with your friends. There are still moments of driving jackhammer discordance, like the one­-minute­-and­-fifty-­second “When the Blackout Meets the Fallout”, but for the most part, these songs are full of a kind of joy that hasn’t been so apparent in Primal Scream in a long time.

Ultimately, it’s pop music. These are songs for the dance floor — stuff that even the kids might like. It certainly doesn’t hurt to have synthpop superstar Sky Ferreira on the album’s single, “Where the Light Gets In”, or current “it girls” HAIM on both “Trippin’ on Your Love” and “100% or Nothing”. Primal Scream are, with Chaosmosis, fully embracing their role as dance music’s cool, weird uncle. I wouldn’t be surprised in the slightest to see more of these kinds of collaborations in the future, because many of the songs on this album could hit the Top 40. It all depends on where the band heads next. Because if we’ve seen anything throughout their career, it’s the ability to throw a curveball.

That, if anything, is what hurts this record. For all its highs, it’s almost too easy. There’s just no curve. They’ve created pop that sounds somehow distinctly Primal Scream while also being catchy and clever enough to introduce new fans to a band that’s been around for over a quarter of a century. But is it as good as their darker, more serious records? Not even close. It may be a callback to the sounds of the band’s early ’90s output, but does it beat the albums of which it’s so reminiscent? Of course not. So, while Chaosmosis is truly a solid record, Primal Scream are almost cursed by the quality of their output. At best, this cracks their top five. On my personal list, it hangs out toward the middle ­bottom.

For those who are excited to hear something new from the consistently fantastic band, or anyone who is looking for a fun new song to dance to at a DJ night at one of the hipper clubs in town, it’s a great listen. With songs like “(Feeling Like a) Demon Again” that drive your shoulders and hips into flowing convulsions or “I Can Change” with its slow­-burning, head-­wagging R&B groove, there is a great deal to enjoy. Will it be your favorite Primal Scream record? Probably not, but it’s a good record with a couple of killer jams — so roll a little face for old time’s sake.

Essential Tracks: “Trippin’ on Your Love”, “(Feeling Like a) Demon Again”