Thugger further streamlines and tightens his near deadly focus 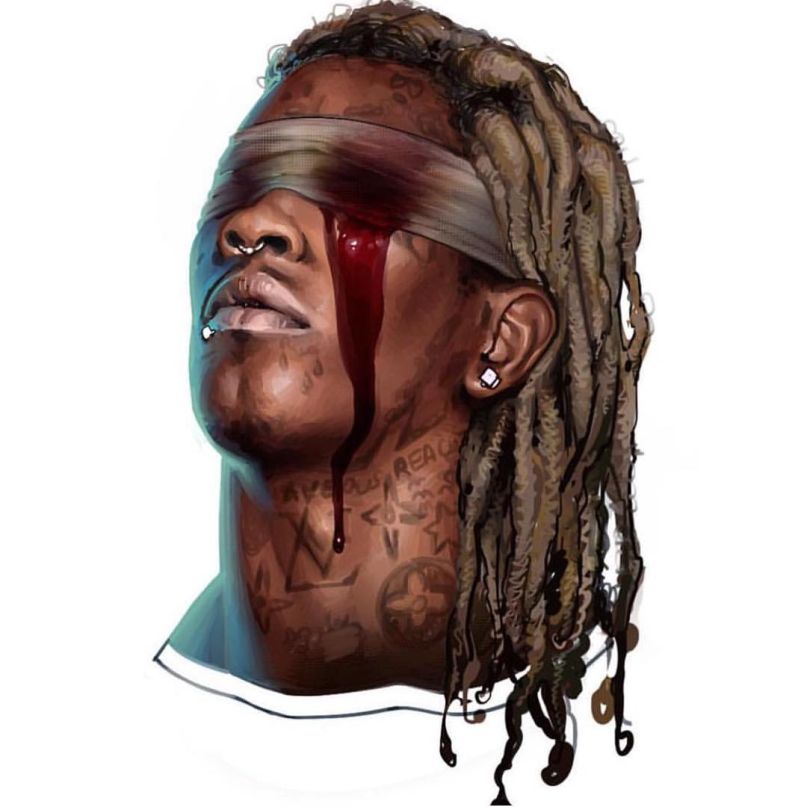 When it comes to winning over the people who are either utterly confused by his music or vocally opposed to it, Young Thug is kind of in a no-win situation. One chief complaint is that his releases are in serious need of some trimming, cutting through the mass of tracks in search of the essential jams. But, then again, his unpredictability is among his chief assets; a streamlined, digestible Thugger record would almost seem like an oxymoron. But then there’s Slime Season 3, a release that slims down to a mere eight tracks and yet might only be called tame by the hardcore Thug fans looking for a record’s worth of Auto-Tuned yowls and screeches. While other records present a more appealing Thug in moments, Slime Season 3 is the closest you’ll get to a capsule of the torrential rapper’s state in 2016.

Fittingly, the record arrives alongside some of the strangest promotional content you’ll see for the year. It’s been delayed many times (almost as many as his long-awaited full-length debut, Hy!£UN35, anyway), replaced on his release schedule by other digital tapes. He premiered a track at Yeezy Season 3, a huge bump in potential crossover. It was preceded by a funeral march through SXSW, with pallbearers carrying a heavily graffitied casket down Austin streets. Label head Lyor Cohen read out the track titles in a dead-eyed attempt at excitement on Snapchat, as Thug’s music played in the background. While the timing and the cardigan’ed shout-out might not be easy to explain, 3 represents the end of Thug’s highly lauded Slime Season series, so he’s “burying” it. And I guess caskets are dramatic imagery always, lending some extra gravity to what otherwise might’ve come across as yet another batch of tunes hitting the internet on a random Thursday.

The third installment of Slime Season, instead, shows a further streamlining of Thug’s style, if not his mental state. The inaugural edition epitomized his volatile streak, bouncing from sound to sound with a maniac glee. Slime Season 2 started the refining process, somehow, even across 82 minutes, paring things down to a mix of stormy trap and the breezy hip-hop that represented that storm’s eye. Number three takes that streamlined stylistic approach and doubles down, applying it to the tracklist and runtime as well.

More to the point, SS3 works as a counterpoint to I’m Up, the tape that replaced it on Thug’s prolific schedule. That one filled the void with plenty of guests and explosive style, and this one crams everything together, with only one track featuring added voices. Also, this album justifies its dramatic, bloody cover as much as that one did its vibrant, colorful, cartoony one. As always, there’ll be plenty of people arguing that a sampler of the two projects jammed together into one would be the best result, but that would ignore the set’s biggest strength: the thematic focus sounds good on Thug.

Opener “With Them” sets the tone easily: Over a slithery Mike Will Made It beat, Thugger looses slippery lines about his wealth (“Diamonds all black like I’m racist now”) and his women (“I wanna fuck her, but she play more games than the NBA”). While his flow sounds chaotic and feral on I’m Up, here he sounds in the pocket, popping staccato notes and then slowing to a molasses crawl as if in response. The London On Da Track-produced “Digits” is a ready-made radio gem, all shimmery cymbals and Auto-Tuned swirl. On “Drippin”, that melodic tendency escalates to a patois performance, stretching across the theoretical musical staff and breaking through the page.

The Achilles’ heel of Slime Season 3’s consistency is, well, its consistency — here comes Thug’s no-win situation again. Closing duo “Tattoos” and “Problem” fit the tone with their moody production, squawked ad libs, and grand aspirations. And with a project of only eight songs and 28 minutes, there’s not enough room for error to have two tracks that merely fall in line with the rest. This record feels a little too brief, especially trailing off at the end. But if the chief complaint about a Young Thug record is that he’s too focused, it shows he’s honing in on that perfect blend that will launch him into the stratosphere. “And I feel like Marilyn Manson and I want a fucking Grammy,” he insists on “Problem”. While Slime Season 3 won’t be the project to make that crossover, it’s proof at least that he’s capable of it.

Essential Tracks: “Digits”, “With Them”