Zayn – Mind of Mine

One Direction vocalist's solo debut lacks individuation, but it's premature to write him off 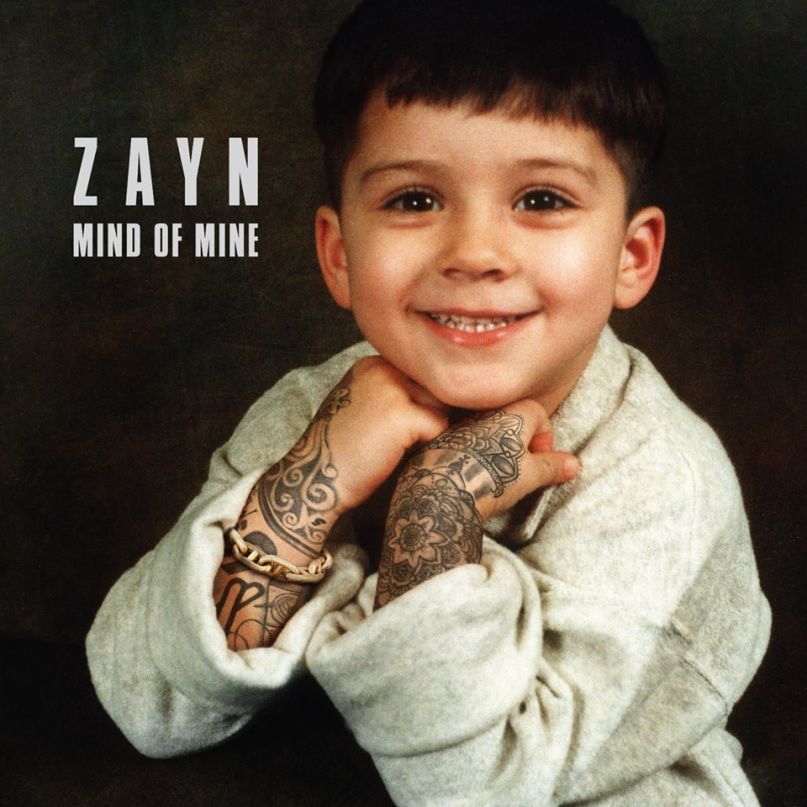 Just over a year after leaving One Direction, Zayn Malik has emerged with Mind of Mine, his attempt at jumpstarting his solo career and being taken seriously as a mature artist. His well-publicized fallout with his former band has left him as much a symbol of individuality and rebellion to some as a backstabbing turncoat to others. For many, the record is a referendum on his decision, either validating it or serving as a skewering indictment of his choice go solo. Like most things, the truth lies somewhere in the middle, as Mind of Mine is largely an intriguing debut marred by a number of poor choices throughout.

Zayn’s biggest mistake is playing it safe, especially for an artist striving to double down on a “dangerous, bad boy” image. He flirts with exploring darker avenues, but his attempt at a thoughtful, realized approach often fails due to vague platitudes and a lack of characterization. There are instances where he approximates the distinct voices of peers: the soulful dissonance of “Truth” could be a Channel Orange B-side, he stretches the upper register of his voice alongside ‘80s guitars on “She” much like The Weeknd’s latest, and the breathy sensuality of “Befour” recalls Miguel. Diving fully into modern R&B is a bold choice, especially when he could have easily followed Bieber’s success with a trendier tropical house approach.

Zayn is still trying to find his footing, and the moments where he stumbles onto a strength are powerful. Mid-album highlight “Drunk” finds him transitioning an understated crooning vocal into a mid-tempo, lurching melody that contains a natural momentum. Zayn proves his range as well, with both the sweeping retro-infused ballad “Fool For You” and the excitable “Like I Would”, one of a few moments where it sounds like he’s having fun, counteracting the considerably bland tracks that pervade the album.

The desire to be taken seriously is so palpable that it can be off-putting, especially when it comes to sex. Many were quick to point out the clumsiness of analogies on “Pillowtalk”, and comparing fucking to a war zone was an awkward choice that is hard to get past. Unfortunately, Zayn carries that attitude throughout on songs like “Tio”. He may not be relying solely on innuendo, but the execution leaves much to be desired.

The high-profile solo debut of one of the leads of the biggest boy bands around, Mind of Mine invites comparisons to Justified, the success of which it strains to replicate. While the circumstances are different, Timberlake’s solo debut has become the standard for former teen pop stars’ bids to be taken seriously and colors Zayn’s aspirations even if he falls short. It comes down to a lack of risk. There may be a rap remix, but working with Lil Wayne in 2016 is far from working with Clipse and The Neptunes in 2002. There are little touches, like the menace of slow-burning “Lucozade” or the soaring M83-influence on the intro, but he mostly hedges his bets.

As much as he tries to mold himself towards an idealized sound, his self-indulgent choices are the rewarding ones. “Intermission: Flower”, a brief, serene interlude, finds him singing in Urdu over finger-picked acoustic guitar, one of the more expressive moments for the half-Pakistani pop star. It’s a moment you won’t get on other major label pop albums, and an indication of why it’s important to have a Muslim artist in the spotlight. In his hands, a song like “Borderz”, a grooving R&B jam about trying to find common ground with a lover, takes on an extra dimension, even if the lyrics aren’t political on their face. After receiving threatening replies as one of the few mainstream artists to tweet support of Palestine in 2014, Zayn has indicated that he now shies away from making political statements. However, the record’s mere existence is a political act, and it’s clear throughout Mind of Mine that his voice is stronger when he embraces what makes him unique rather than trying to fit a mold.

As a whole, there are many positive aspects of Zayn’s debut. He has a powerful voice, a knack for big hooks, and can elevate middling arrangements through sheer force of will. His aim to dive fully into a nuanced direction is a good look, and even though it can be too much at times, his earnestness is a natural antidote to the sleazy misanthropic attitudes of Bieber or The Weeknd. There’s just not enough focus, and promise can only take one so far without differentiation from the artists you’re emulating. Zayn may not live up to the hype on his debut, but as one of the more compelling pop stars of his class whose potential shines through in glimpses, it would be premature to write him off.