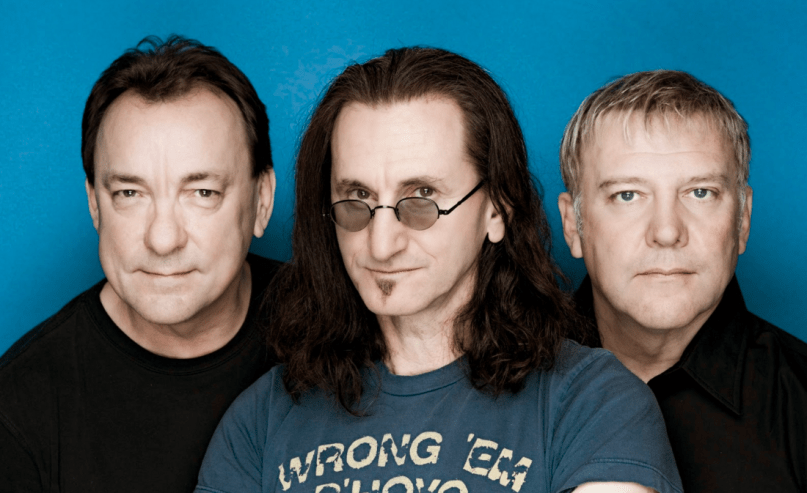 Rush billed last year’s “R40 Tour” as their last full-scale outing, a notion which was emphasized when drummer Neil Peart all but announced his retirement in an interview with Drumhead Magazine last December.

“… Lately Olivia has been introducing me to new friends at school as ‘My dad– He’s a retired drummer.’ True to say–funny to hear,” Peart said at the time. “And it does not pain me to realize that, like all athletes, there comes a time to… take yourself out of the game. I would rather set it aside then face the predicament described in our song ‘Losing It’ (‘Sadder still to watch it die, than never to have known it’).”

Now, in a new interview with Rolling Stone, Peart’s Rush bandmate Alex Lifeson has confirmed the band’s retirement from the road. While he and Geddy Lee would like to continue touring, Lifeson said Peart is no longer physically capable of participating in such extended outings.

“He didn’t even want to do the [R40 Tour], to be honest with you,” Lifeson explained. “It’s been increasingly difficult for him, but he committed to the tour and we got through it. As far as he was concerned, that was the end of touring.”

“His shoulders were hurting, his arms were hurting, his elbows, his feet, everything,” Lifeson added of Peart. “He didn’t want to play anything less than 100 percent. He was finding it increasingly difficult to hit that mark on this last tour. So, all those things combined, I get it. I’m disappointed and I think Geddy [Lee] is very disappointed and we’d love to continue this tour a little bit longer, but we’re off now.”

Lifeson would not close the door on Rush entirely, however, saying it’s possible they could still record music or play a one-off show together.