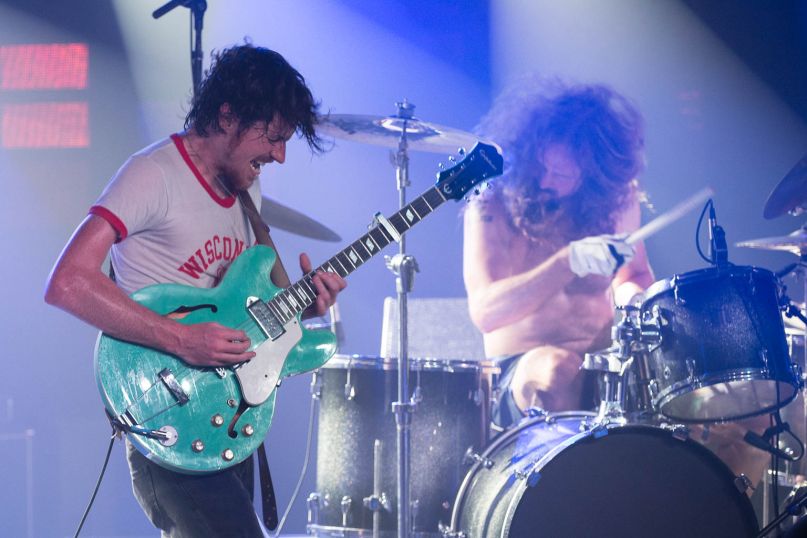 Austin-based rock duo Black Pistol Fire not only tore a new one into Lollapalooza’s BMI Stage last year, but effectively became one of the most impressive acts to perform that humid Chicago weekend. “Guitarist and vocalist Kevin McKeown prowled across the stage with all the patience of a toddler on timeout, leaving a trail of scorched earth and melted minds in his wake,” our own Collin Brennan lauded last summer.

That same ferocity — a blend of blues rock, southern toughness, and a penchant for testing genre lines — informs much of McKeown and Eric Owen’s Don’t Wake the Riot, their upcoming fourth studio album and follow-up to 2014’s well-received Hush or Howl. “When making Don’t Wake the Riot, we had more studio than we did with past albums, allowing us to incorporate new sonic sound elements on this record,” the band tells Consequence of Sound. “This is our heaviest, yet most delicate sound to date.”

Due out on May 20th through Modern Outsider, the 11-track effort includes I-mean-business song titles like “Storm Cussin'”, “Cry Hell”, and Black Pistol Fire’s latest single “Bad Blood”. Far from a Taylor Swift cover, the track finds McKeown pointedly calling out someone that’s betrayed his trust. “Bad, bad blood, swimming through my veins,” he sings, his Texas twang rolling over curling, bluesy riffs that could take down an arena. His voice here takes on a suspiciously cool tone — as though he’s secretly plotting something evil for his ex-acquaintance.

Pre-order a copy of Don’t Wake the Riot here.

In support of the new album, the two-piece will embark on a US tour, which includes festival gigs at Napa Valley’s BottleRock and Governors Ball in New York.