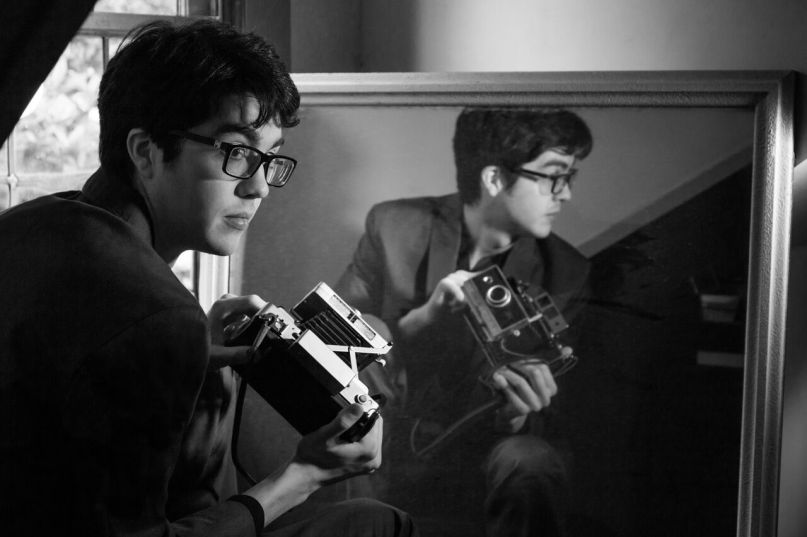 Working under the name Car Seat Headrest, Will Toledo released a staggering 11 albums on Bandcamp over the last five or so years. The Seattle-based songwriter compiled and re-recorded the best of his bedroom indie tracks for his 2015 Matador debut, Teens of Style, an untidy but alluring album that saw him blending songwriting brilliance with a particularly 21st-century brand of narcissism. Today, Toledo has announced a follow-up and companion album to Teens of Style, entitled Teens of Denial, out May 20th through Matador Records.

As part of the announcement, Toledo has shared the first single off Teens of Denial, “Drunk Drivers/Killer Whales”. The song finds him expanding and tightening the melodies that made Teens of Style such a buzzed-about debut. He’s showing more range in his vocals (dude gets high at certain points in the chorus) and more playfulness in his lyrics (“We are not a proud race/ It’s not a race at all”). The result is something of a paradox — a chilled-out anthem that manages to cram both hope and pessimism into its six-minute runtime. If this is any indication of where his songwriting is headed, we’re buckled up and happy to be along for the ride.

Check out the lyric video for “Drunk Drivers/Killer Whales” below.

Teens of Denial Track List:
01. Fill In The Blank
02. Vincent
03. Destroyed By Hippie Powers
04. (Joe Gets Kicked Out of School for Using) Drugs With Friends (But Says This Isn’t a Problem)
05. Just What I Needed/Not Just What I Needed
06. Drunk Drivers/Killer Whales
07. 1937 State Park
08. Unforgiving Girl (She’s Not An)
09. Cosmic Hero
10. The Ballad of the Costa Concordia
11. Connect the Dots (The Saga of Frank Sinatra)
12. Joe Goes to School