A surfy look at the less fortunate 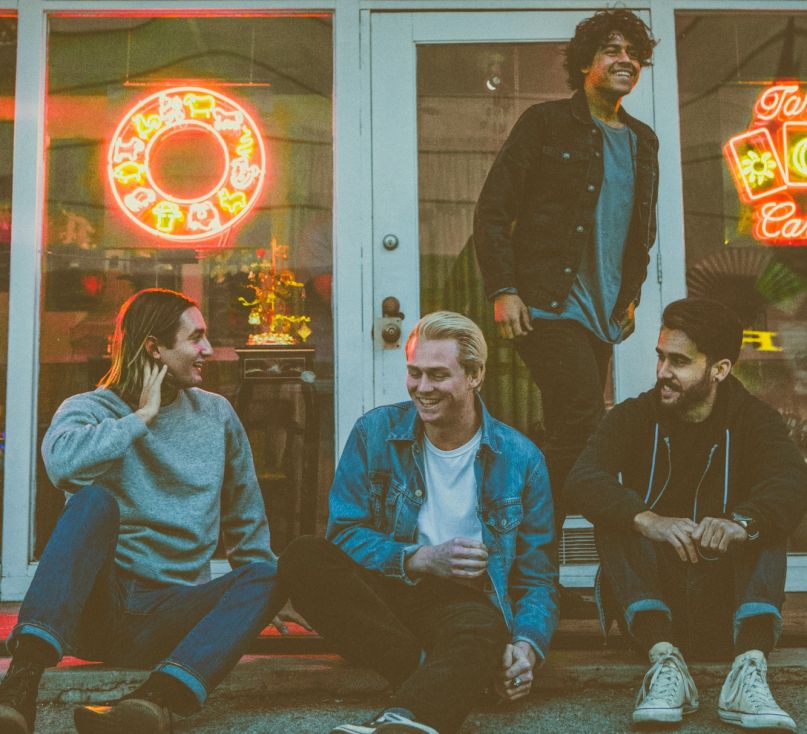 The members of Clean Spill may be surf royalty in Santa Barbara, but that doesn’t mean they’re elitists. Frontman Pat Curren calls three-time world champion surfer Tom Curren dad, and he and bassist Geoff Shae, guitarist Cameron Crabtree, and drummer Charlie Fawcett can often be found out riding waves in between band practices. Though their lives and music are relatively easy going, they’re not so chilled out that they’re above realizing the ills of the world.

Take new single “Sid”. Fawcett’s rhythm and Crabtree’s jangling guitar may be perfect for a sunset bonfire on the beach, Curren’s lyrics are more concerned with the less fortunate folks stuck on the streets. “I find it funny,” he sings, “Like the souls that I’ve studied/ And these people are running/ With a mouth full of money.”

“This song is about the struggle of being homeless and feeling as though you have no one around besides yourself,” the band told Consequence of Sound about “Sid”. “It was a way of making us grateful for what we have. We like to send messages with our songs and this was one we had been wanting to tell for a while.”

Check that message out by listening to “Sid” below.