CoSign: Methyl Ethel Want to Make Any Kind of Music 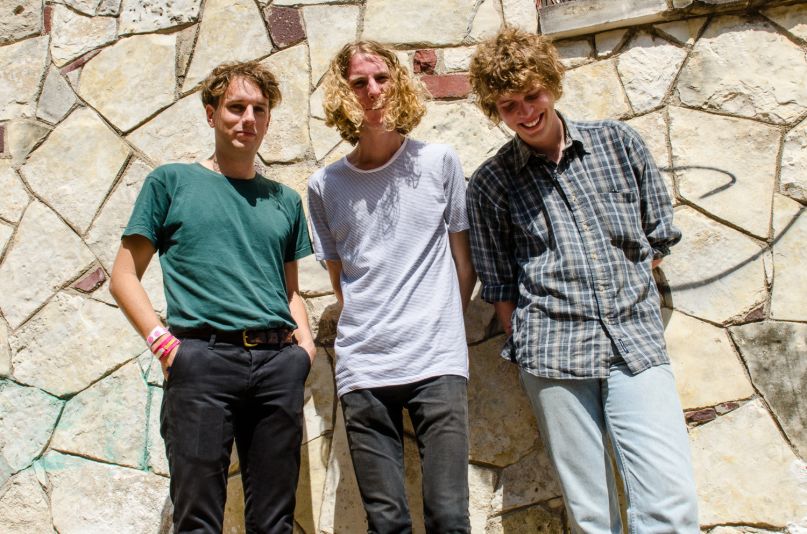 Considering its size, Perth, Western Australia, has produced a fair number of internationally recognizable acts. The likes of both the John Butler Trio and Knife Party have risen from the tiny city on the Indian Ocean. Last year’s CMJ Festival saw the international debut of Perth’s next big export, Methyl Ethel. They’ve drawn comparisons to another recent success story — Tame Impala — perhaps because of their shared hometown, psychedelic sounds, and the fact that they’re both masterminded by their frontman. But Jake Webb says that’s where the similarities end.

“People are gonna always make those comparisons,” the songwriter/singer/guitarist admits, saying he rejects the idea even though he understands it. “But I have never been influenced by Kevin [Parker]’s work. In a lot of ways, he was playing music and starting out around the same time we were all playing in other bands.” The fact is that Parker and Webb are close enough in age that living in a small town like Perth meant they knew the same people, the same scene, and the same influences. “All the music that we were around in the ’90s growing up as a kid in Perth, there’s only a certain amount of things.”

Even so, the two bands are sonically divergent. Both have psych rock and pop strains, but Methyl Ethel filters it through a wider variety of styles. Their debut album, Oh Inhumane Spectacle, dabbles in ’70s pop rock (“Twilight Driving”), reverb-drenched shoegaze (“Shadowboxing”), and even neo-R&B (“Depth Perception”). “Unbalancing Acts” would be mistaken for Yeasayer before Tame Impala.

Critics have pointed to this genre hopping as a potential weakness, but Webb sees it as a natural course. “I guess I think of albums, especially for this one … almost like a soundtrack to a film or something, which doesn’t necessarily have the same genre revisited many times. I’m making something that will hold my interest over an hour of music in a lot of ways.” He doesn’t want to be shoehorned into one sound, saying: “I just want to make music, quote unquote.”

Though that “music” was written and recorded as an individual, drummer Chris Wright came in “about three-quarters of the way through” to help prep it for an official record release. Dot Dash/Remote Control Records had picked up the project, and Webb was feeling the pressure to deliver a professional-sounding album, so he sought a fresh pair of ears in Wright. “Anything that he was like, ‘This is what I want to do. This is the sound I want to get, and I’m not entirely sure how to do it,'” Wright says he handled. “In a few instances, I was able to help out, and the rest of the time, we kind of just got through it together.”

Their input on the LP may have been minimal, but Wright and bassist Thom Stewart provide a live electricity that isn’t immediately apparent on the record, shifting the reclusive aspects of the songs to the background. It may come at the expense of Webb’s ethereal vocals, but as the pair hunch over their instruments, he’s up on his toes, literally leaning into the music. It’s evident that his band’s driving performance sets the stage for a surprisingly open and fulfilling show.

However, Wright did help give Webb space and perspective on On Inhumane Spectacle, and there will be yet another voice involved on the follow-up. Webb is in the early stages of talking with producer James Ford for the band’s proper 4AD debut. Although he may not be familiar with Ford’s production history, he’s intrigued by going into the studio and tweaking the new material. “You want to challenge yourself,” he explains. “You don’t always want to work with someone that seems like it’s a definitely good fit; sometimes you want to go in opposite directions.”

Despite all the increased exposure and bright future, the band doesn’t feel like a breakout. “I still don’t think that even back home it feels like we’re some huge sensation band,” Webb states. “Even going back to tour in Australia, it still feels like, ‘Who’s going to walk up to these shows?'” Wright says the difference between a home tour and this US one is the difference between 10 and 100 people. Stewart imagines future Perth dates will have the lowest turnouts because local concertgoers have already seen them enough over the last two years.

And that’s the thing about being a Perth band. The community is extremely tight, and when one outfit begins to see wider acclaim, Wright says, “Everyone’s just pretty happy to see each other succeed, and there’s not a competitive vibe about it.” But that also means there’s always another breakout right around the corner. “I always feel like there’s a better band back home that’s playing or starting out or such and such’s new band are gonna be great,” Webb adds. “I think you owe all of these people definitely a piece of everything.” For now, though, it’s Methyl Ethel’s time to rise.