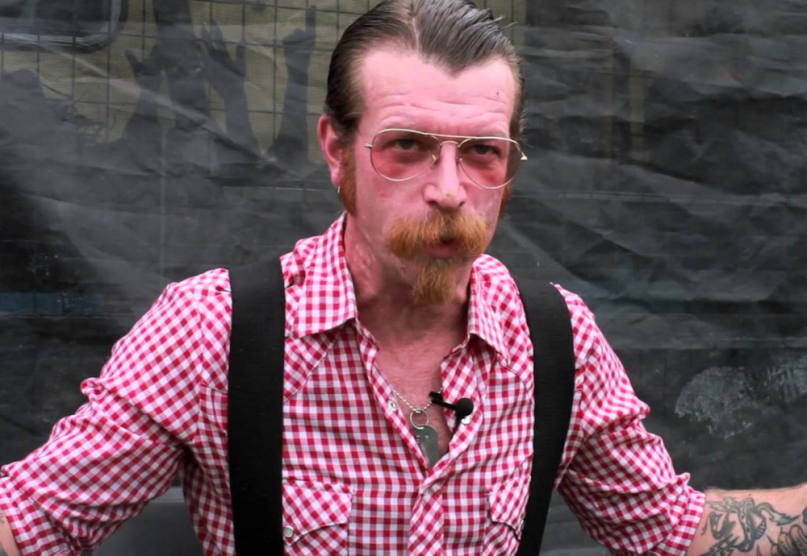 Eagles of Death Metal frontman Jesse Hughes has been highly critical of the circumstances surrounding last November’s Paris terror attacks, which left over 80 concertgoers of the band’s Bataclan show dead. Previously, he voiced his opinion on France’s restrictive gun laws, suggesting that more people, such as those attendees, should be able to arm themselves.

He told France’s iTELE that “maybe until nobody has guns everybody has to have them. Because I don’t ever want to see anything like this ever happen again and I want everyone to have the best chance to live and I saw people die that maybe could have lived.”

Now, in a new interview on Fox Business Network’s program Kennedy (via Rolling Stone), Hughes said he believes the staff at Bataclan were involved in the tragic attacks. He noted that upon arriving at the venue on the day of the show he quickly sensed that something wasn’t quite right. Specifically, he recalled a suspicious security guard in the backstage area who wouldn’t make eye contact with him.

(Read: Learning to Fly Again with Eagles of Death Metal)

“I immediately went to the promoter and said, ‘Who’s that guy? I want to put another dude on,'” Hughes said on Kennedy. “And he goes, ‘Well some of the other guards aren’t here yet,’ and eventually I found out that six or so wouldn’t show up at all.” Later in the interview, he concluded, “It seems rather obvious that they had a reason not to show up.”

Update – Friday, March 11th at 9:15 a.m. CT: A representative for Bataclan has responded to Hughes’ comments, saying in a statement, “Jesse Hughes spread some very grave and defamatory accusations against the Bataclan teams. A judicial investigation is undergoing. We wish to let justice proceed serenely. All the testimonies gathered to this day demonstrate the professionalism and courage of the security agents who were on the ground on November 13th. Hundreds of people were saved thanks to [these agents’] intervention.”

Update – Friday, March 11th at 7:50 p.m. CT: Hughes has issued an apology, calling his accusations against Bataclan security members “unfounded and baseless—and I take full responsibility for them. They do not reflect opinions of my bandmates or anyone associated with Eagles of Death Metal.”

“The shame is 100% mine,” Hughes added. “I’ve been dealing with non-stop nightmares and struggling through therapy to make sense of this tragedy and insanity. I haven’t been myself since November 13. I realize there’s no excuse for my words, but for what it’s worth: I am sincerely sorry for having hurt, disrespected or accused anyone.”