Every Kind of Blue 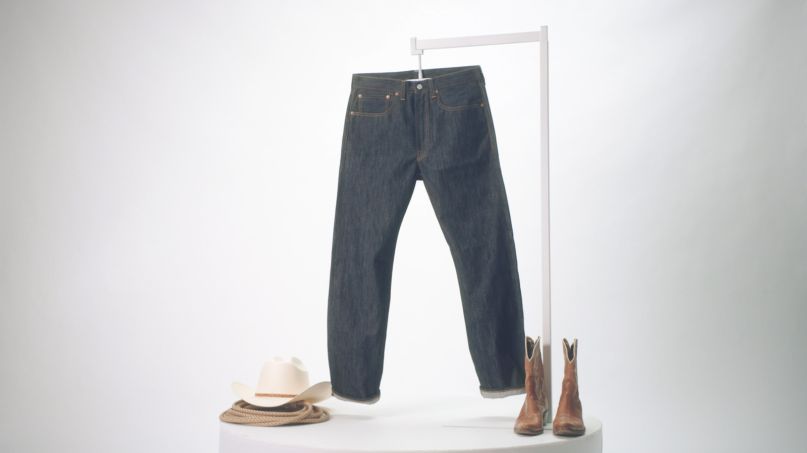 Finding an element that unifies such disparate acts as The Eagles, Henry Rollins, and Neil Young is as simple as looking below their waists. Levi’s® 501® jeans have been a ubiquitous aspect of many countercultures, a point highlighted in “Rebellion,” the third episode of The 501® Jean: Stories of an Original, a three-part documentary celebrating the 501® and its place in American cultural history.

“Rebellion” is focused on the 501® as an adopted symbol of counterculture and follows episodes dedicated to the brand as the apparel of the American worker (“Work”) and its impact in the world of fashion (“Style”). Each installment is under seven minutes, but manages to convey a succinct and informative story surrounding the 501® brand.

Featuring commentary from the likes of Henry Rollins, Sonic Youth’s Lee Ranaldo, album designer Gary Burden, and many more, the documentary explores the significance not only of the 501® as an iconic item of clothing, but also as a symbol of resistance.

“It was and still is the garment of the outlaw,” says Rollins in the episode, “and a lot of other cultures that might not be allowed into the White House for dinner.”

During his interview, album designer Gary Burden points out the 501® jeans Neil Young wears on the gatefold for After the Gold Rush. “They’re patched,” he says, “which was the style.” Later he displays the cover he designed for The Eagles’ Desperado and notes that in the photograph on the back of the album, everyone is wearing jeans, with the exception of the manager and the record producer.

“Make of that what you will,” he says.

Speaking about the adoption of the 501® as stage wear for rock musicians, Lee Ranaldo draws the parallel between jeans as a fashion choice for musicians and a signifier of something bigger.

“All of a sudden, here you were in the same denims that you were digging your ditches in yesterday. It had a lot to do with honesty. I think people saw wearing denim on stage as kind of a symbol of that.”