Plus, a take on Bruce Springsteen and Patti Smith's "Because the Night" 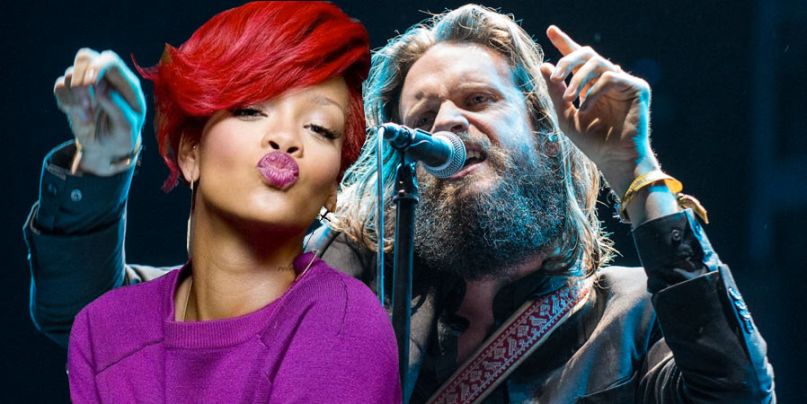 Father John Misty has pretty well established himself as the wild card of the indie rock scene. He’s just as likely to show up in a Lana Del Rey video out of sincere appreciation as he is to show up at a prestigious award show out of premeditated trolling. Of course, that unpredictability carries over to his live set, where you never know whether to expect a John Lennon cover or, as happened last night, a Rihanna one.

At his performance Wednesday evening at Santa Ana, California’s The Observatory, J. Tillman delivered a surprising cover of RiRi’s Anti track “Kiss it Better” during the encore. It was performed with profound sensuality, with no hint of irony in Misty’s heartfelt rendition. His swaying hips are even almost as lovely as Rihanna’s as he gets up on the monitors to stand above the raised arms of the audience. Check it out below.

Making the cover even more left-field, it was just four songs earlier that FJM and his band performed a powerful version of the classic Bruce Spingsteen and Patti Smith collaboration “Because the Night”. Though at first blush that track might seem more in FJM’s wheelhouse, it’s possible that “Kiss it Better” was actually a better performance. Judge for yourself by watching “Because the Night” below.