Five Reasons Why the Album Review Will Never Die

Criticism is a sustaining element for art, even if sometimes we struggle to see it 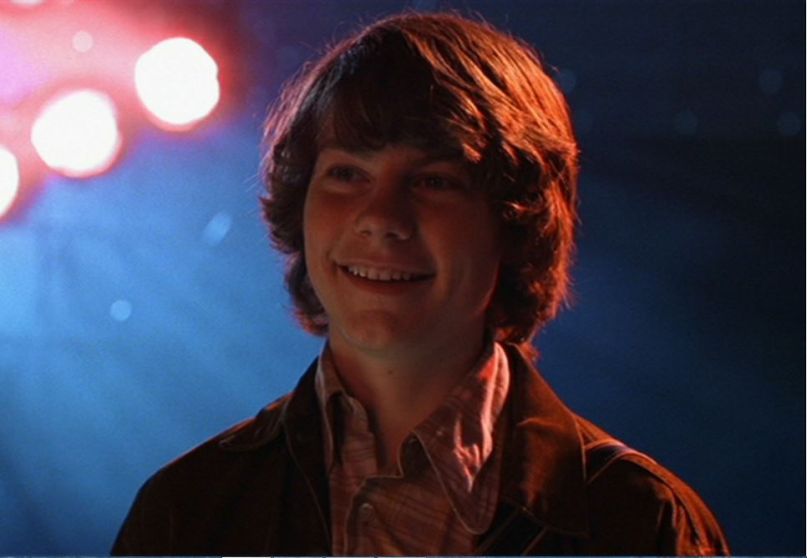 On Monday, Dan Ozzi of Noisey became the most recent Chicken Little to pose the question of whether or not the album review is dead. It’s a worthy critical question that asks the reader to investigate the relationship between modern media, commerce, and criticism itself.

This conversation is not new. It dates back at least to Oscar Wilde’s 1891 indispensable essay “The Critic as Artist”, in which Wilde highlights the tension between those who believe art can exist on its own and those who believe the critical conversation around art has value. The title is a giveaway — Wilde was a critic who believed in the power and value of criticism. It’s worth reading in its entirety, but, on the Internet, you don’t have that kind of time — maybe proving one of Ozzi’s points.

Ozzi raises a number of salient issues. Social media has turned everyone into a critic, thus rendering the critic’s ivory tower smaller and more vulnerable. On top of that, the democratization of media and culture may have weakened the tie between positive critical reviews and positive sales numbers. Ozzi’s piece briefly digresses into the muddy waters of poptimism, wondering if music criticism has become an unfolding ribbon of positive reviews in return for page clicks, ad views, and the death spiral of new media.

Has the critic killed criticism by being uncritical? Out of respect for the long tradition of dialogic discourse, let’s look at five reasons why the album review may not, in fact, be dead.

The question of criticism’s long-term viability is not new

Since the advent of the Internet, critics have worried about their position in the modern economy of discourse. The conversation actually dates even further back. Oscar Wilde wondered about whether art could exist in the absence of criticism at the close of the 19th century. Just a few months ago, the Los Angeles Review of Books published a review of Rita Felski’s book The Limits of Critique entitled “Are We Postcritical?”. And this week, Nathan Heller alighted to the platform of the New Yorker with “Says You”, an article subtitled “How to be a critic in the age of opinion”.

There might be a joke here about the masturbatory quality of critics wondering if critics are still relevant – the kids on Twitter seem to suffer from no such anxiety. Whatever the reflexive quality of the argument, it isn’t new. It has been going on for at least 126 years. If anything, both the review and the review of reviews are alive and well.

Much has been made over the impact of social media on the critical landscape. What happens when the critical consensus is directed by millions of glowing screens instead of by shrewd and seasoned hands? Does the Internet portend the end of criticism? If criticism is democratizing, if everyone with a Twitter account or Tumblr is now a critic, a fear of this eventuality is foregrounded in a fear of the crowd’s opinions, by a suspicion of peers.

At least part of the anxiety about the end of criticism has to do with either a stated or implicit antipathy toward one’s brothers and sisters — those millions of faces reflected in the warm glow of the screen. Here, criticism is defined as elitism, a world in which only people who went to Columbia J-school or studied postmodern theory hold the ability to direct critical conversation. The alternative, they tell us, is an absence of expertise in a maw of yelling voices, a tension familiar to anyone paying attention to the 2016 election cycle. Democracy in criticism is no more chaotic and impossible than democracy in public affairs. Yes, it’s super problematic, but consider the marginalizing alternatives.

An alternative view yields the profound possibilities contained in democratizing platforms like Facebook, Twitter, and YouTube. Ozzi does well to mention the outstanding Anthony Fantano, whose YouTube channel, The Needle Drop, is one of the most frequently consumed and important voices in music criticism. Had Fantano applied to write for Rolling Stone or Pitchfork, he would likely have been met with resounding silence. The platform of YouTube allowed Fantano to run around the gatekeepers of the critical discourse.

His voice, instead of being shuttered, now finds millions of viewers. His audience of everyday music consumers (the same type of pleb so many “end of criticism” types fear) decided that Fantano’s critical voice was important. Given that Fantano is undeniably a great critic, we are left to decide who the real idiots are: the gatekeepers who kept him from a venerable publishing platform or the viewers who gave him one? The internet is hardly a meritocracy, but it does represent an alternative hope for marginalized critical voices of all kinds. The album review isn’t dead, but it is certainly changing.

The concept of taste-making isn’t dead, even if it is in transition

Consider a band like Pinegrove, who recently received great reviews from this website and others. They’ve since sold hundreds of copies of their debut record, Cardinal, through their Bandcamp page. While it’s impossible to prove a negative (what would have happened for the band in the absence of a few critical voices touting the importance of their music?), it’s safe to assume these reviews pointed viewers and readers to a band who might otherwise have suffered from anonymity. Ironically, Ian Cohen, the critic Ozzi quotes about the waning commercial power of Pitchfork, wrote the warm review of Pinegrove for the same site. Cohen and Ozzi are right about there being no more Clap Your Hands Say Yeahs, but even Clap Your Hands Say Yeah isn’t Clap Your Hands Say Yeah anymore. Time doesn’t care much for any of us.

For bands like Pinegrove, for whom a Billboard number-one record isn’t even the point, the positive attention from a few well-positioned critics results in thousands of dollars of revenue, the kind of thing that allows a band to write and tour, to lead an artistic life. There are no mansions here, no $17.99 CDs at Tower Records, but small bands still rely on the astute eye of critics to lift the signal from the noise. Pinegrove may well have made it through more democratic platforms like live shows and their fans’ social media connections, but the considerable tailwind of a few good record reviews essentialized the process.

Ozzi uses the example of Wet, a much-buzzed-about band that eventually ended up releasing their debut, Don’t You, on Columbia Records, to prove that the Internet is an asinine hellscape. The critical conversation either mirrored or directed the commercial one: Wet’s debut record was middling, debuting at #76 on Billboard and disappearing thereafter. Did the critical conversation drive the failure of Wet’s record or did popular opinion? The blurry truth lies somewhere nearer to the middle.

Like an inverse of Nick Hornby’s High Fidelity question (“What came first — the music or the misery?”), one wonders whether reviews are growing more positive because the reviewers are more positive or because the music is getting better. Here, too, democracy of platform — the cheapness with which a copy of ProTools can be pirated — plays a role. There isn’t necessarily more good music per total albums released, but the rising volume of music means there’s simply more good music available for anyone willing to look. There’s also more garbage, but it’s largely ignored.

We are living in a Golden Age of Music, wherein the margins and the mainstream produce excellent pop. There is also mainstream trash and marginal garbage. Yes, a moral hazard exists when publications and bands appear to collude in an exchange of good reviews for directed clicks, but the rising tide of good reviews isn’t necessarily reflective of critical fraud. To say something is good isn’t to say something necessarily uncritical.

The role of the critic has changed from deciding which releases are good to choosing which releases are worthy of reviewing. The most damning critical indictment these days is silence. A few months ago, I thrashed St. Lucia on this website much to chagrin of their fans in the comments section. While I found the album exhausting and problematic, it was also totally worth talking about.

Criticism is a process, not a destination

Returning to Wilde’s essay, we arrive at the prime fallacy of Ozzi’s argument: whether criticism is, in any sense, final or whether it is a process — whether criticism could ever be “over” or whether it’s always unfolding. In one exchange regarding ancient Greek art, the anti-critical character Ernest says, “In the best days of art, there were no art-critics.” Gilbert, the pro-critical character, rebuts, “But with regard to your statement that the Greeks had no art-critics, I assure you that is quite absurd. It would be more just to say that the Greeks were a nation of art-critics.”

We are now a nation of art critics, some with Twitter egg avatars and some with national and international platforms. In Wilde’s writing, Gilbert convinces Ernest of his total wrongness on the issue of criticism, concluding, “It is Criticism, again, that, by concentration, makes culture possible. It takes the cumbersome mass of creative work, and distils it into a finer essence.” Wilde’s contribution to the debate is seminal and also not final. Criticism is never a final judgment, so much as it is a process by which art can be understood.

The conversation can be chaotic, disjointed, even personal — Ozzi’s highlighting of artists who have written responses to negative reviews is an ugly but undeniable part of the critical conversation. The mess of critical opinion and response grants the meaning of art. Without criticism, art is the fallen tree in the uninhabited forest; it doesn’t make a sound. Art is always intended for an audience and critique; otherwise it would be an entity without artifice, like instinct or necessity. Critical writing and assessment doesn’t end the conversation about art; it quite literally allows for it.

The fate of criticism isn’t a new conversation. It is, in point of fact, a conversation, an unfolding dialogue. Ozzi’s writing is a relevant and important contribution to the debate, even if by his very participation he ensures that the album review and criticism itself can’t die. We are left instead to consider the new complexity of qualitative judgments in an era of democratic technology. Poptimism (i.e. everything is good now) and relativism (i.e. opinions are like assholes, etc.) are themselves part of the discourse. Twitter and comments sections, whether horrifying or insightful, are also part of the conversation. Criticism, not unlike the air we breathe, is a sustaining element for art, even if sometimes we struggle to see it. On and on we go, alive and dead, writer and commenter, howling into the wind to see if our voices matter. They did, they do, and they will.