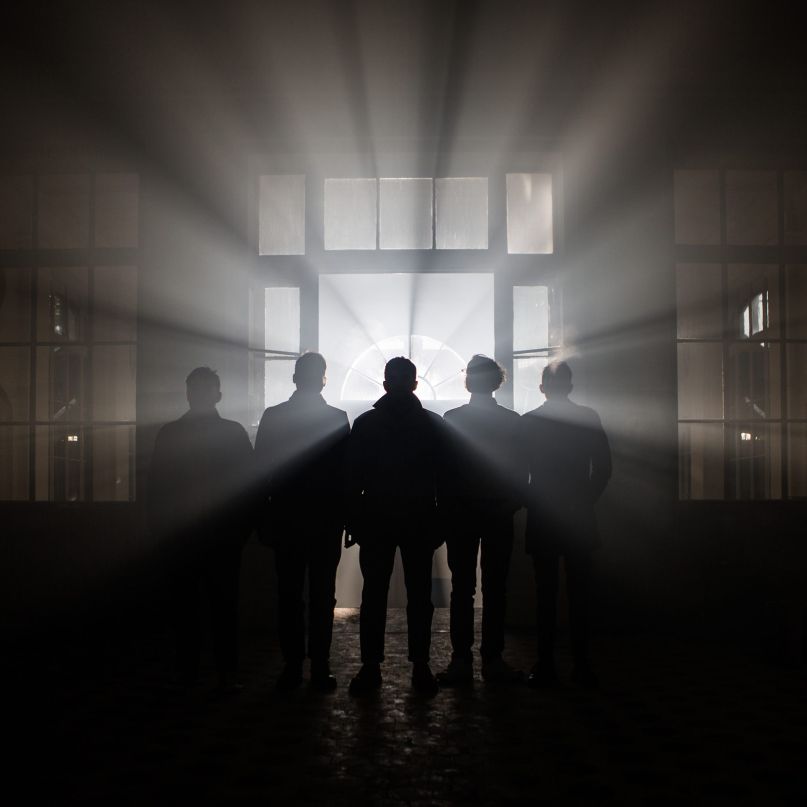 On April 8th, Frightened Rabbit will release their new album, Painting of a Panic Attack. Due out through Canvasback/Atlantic, the follow-up to 2013’s well-received Pedestrian Verse was produced by Aaron Dessner of The National in Brooklyn.

Previously, the Scottish folk rockers teased with the funereal opener, “Death Dream”. Now, they’re back with “Get Out”, an upbeat number that sees frontman Scott Hutchinson pine over a lover he can’t seem to shake off. “Get out of my heart, she won’t, she won’t,” he sings during the explosive chorus. “I saw a glimmer in the dark and now I know she won’t get out of my heart.”

“It’s about that person to whom you are completely addicted,” Hutchison says of the track on the band’s official website (via NPR.com). “They are a drug, and the one that you don’t feel like quitting. They live in your blood and will not leave. I’ve always found it compelling to write about the physical nature of love and loss, rather than the mental aspect.”

Check it out below via its accompanying love-centric music video, directed by Greg Davenport.

In support of the new LP, the band will hit the road for a US tour beginning next month. Find those dates here.