"At this point, we just wanna go out there and play the [new] songs live" 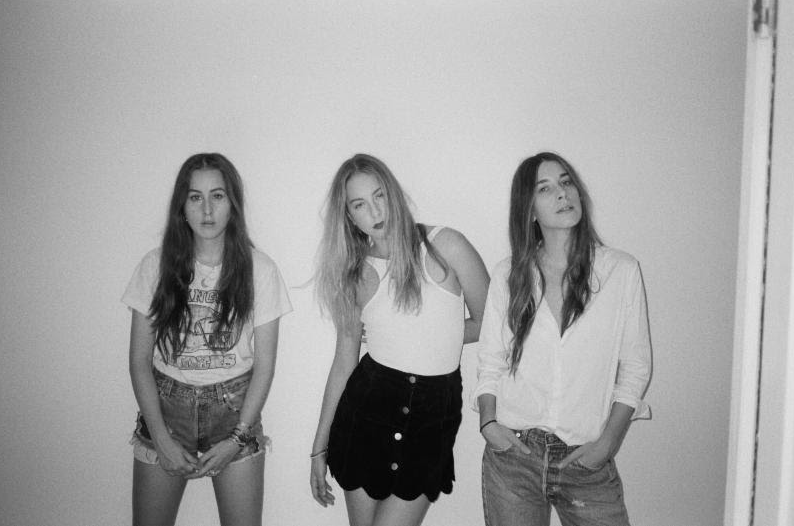 We knew HAIM would be returning this summer after their name popped up on a number of festival lineups, including Bonnaroo, Governors Ball, and Lollapalooza. Now, the sisterly trio have not only teased the impending release of their much-anticipated follow-up to 2013’s Days Are Gone, they’ve announced a new string of US tour dates.

The headlining run kicks off in mid-May and intersects already announced festival appearances through June. There are currently only 10 non-festival dates on the docket, but as they hinted in a the below teaser video, more are expected. “We’ve just been in the studio for so long—like, perfecting and trying to get it right,” says one of the Haim sisters (to these ears, it sounds like Alana) in the clip. “At this point, we just wanna go out there and play the songs live.”

A press release notes that the performances “will feature new production” and see the band debuting tracks from their forthcoming new album, due out later this year.

Revisit HAIM’s video for “The Wire”: