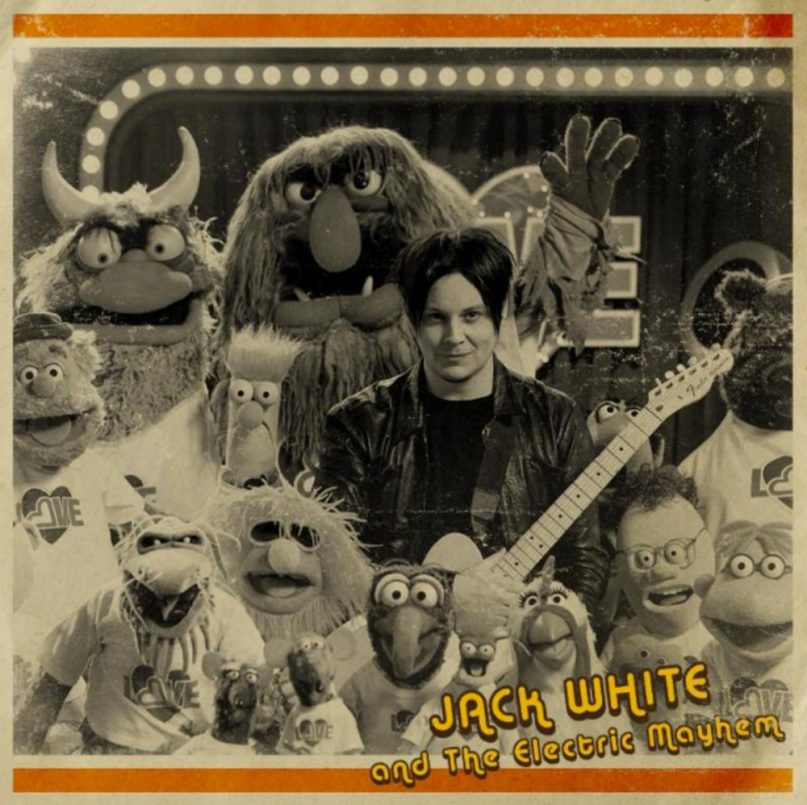 Jack White appeared as a special guest on the season finale of ABC’s The Muppets this week. The Third Man Rocker assisted his amphibian friend Kermit in wooing Miss Piggy by performing a lovely version of Stevie Wonder’s “You Are the Sunshine of My Life” with the help of Dr. Teeth and the Electric Mayhem.

Shortly after the episode aired, two different studio versions of White’s cover popped up on Apple Music. The first features him with Electric Mayhem. The second, meanwhile, features the Nashville native alone in the spotlight, and boy, does he warrant all the attention. Steeped in soul and the youthful joy of Wonder’s 1973 original, White’s cover just might be his best solo song in years. (Yes, perhaps better than all of 2014’s Lazaretto.)

Stream both versions of “You Are the Sunshine of My Life” over at Apple Music.

Below, revisit his performance on The Muppets.

The single is expected to later be released on vinyl through Third Man.