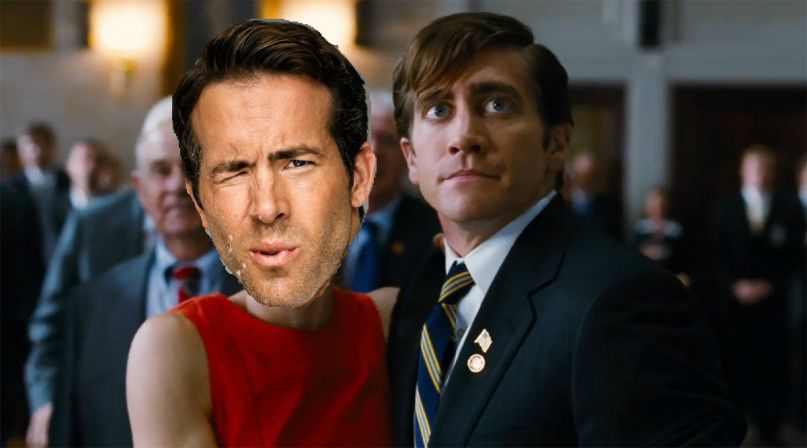 Remember a year ago, when Dutch businessman Bas Lansdorp started accepting applicants for his Mars One initiative? You know, that ambition plan of his to send four earthlings to the red planet with a one-way ticket sometime in 2024? At the time, the whole thing sparked a lot of debate online, mostly consisting of pessimistic duds speculating whether the intergalactic juice would be worth the warp. Or the squeeze. Whatever.

Where am I going with this? Oh, right, there’s another Mars movie, and it has a pretty sexy cast and if you were to be the fourth one in this crew, there wouldn’t be a hesitation. Not when you’d share a ship with Jake Gyllenhaal, Ryan Reynolds, and Rebecca Ferguson? “Put me in coach, I’m ready to play!” Am I right? Well, that’s exactly what’s going down in the forthcoming sci-fi thriller from Safe House director Daniel Espinosa.

According to The Hollywood Reporter, Life “centers on the crew of a space station that discovers a lifeform on Mars. But the lifeform proves to be not only intelligent but also dangerous.” Originally, Reynolds was set to lead the film, but he had to step back to a supporting role, thanks to scheduling conflicts for his other film, Hitman’s Bodyguard. Fortunately, he’ll still be in the film for a role that’s “ensemble in nature.”

Gyllenhaal, however, has quite a busy agenda ahead of him, too. He’ll next appear in Jean-Marc Vallee’s Demolition, which opens next month, and will resurface this fall in Tom Ford’s drama, Nocturnal Animals. Meanwhile, he’ll start shooting the Boston Marathon terrorist drama, Stronger, which he’s also producing. Hey, maybe Donnie Dark and Deadpool operate on different levels. Needless to say, “Houston, we don’t have a problem.”