A reminder to always check your tabs before screen grabbing 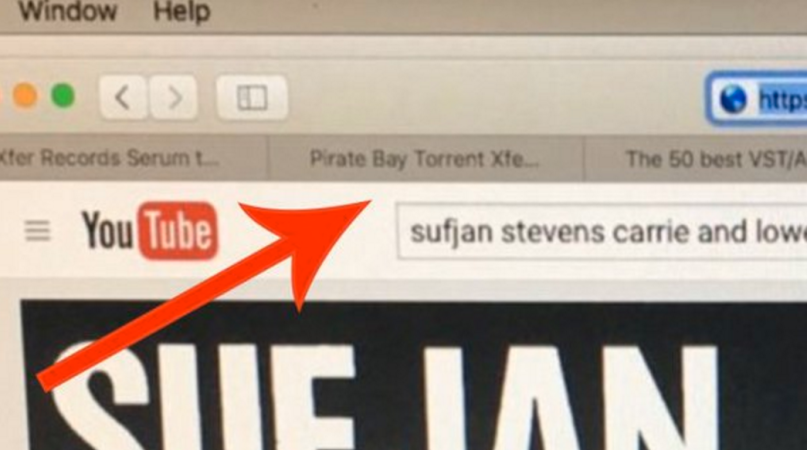 Upwards of 500,000 people torrented Kanye West’s latest album The Life of Pablo, and an entire folder of unreleased music leaked shortly after the album’s release. Kanye can’t be too upset however — after all, he himself has been caught torrenting.

Last night Kanye tweeted a screengrab of his Macbook with the caption, “Day 3”. Presumambly his intent was to document the progress of his next album, Turbo Grafx 16, and the possibility that he’ll be sampling Sufjan Stevens (which itself is fantastic news). However, it’s the other tabs open on his browser that caught the attention of many.

As TorrentFreak notes, one such tab was a torrent link for synthesizer software called Serum. The software retails for about $200, but when you’re broke…

Another tab was a Music Radar article about Serum. A third tab linked to “MediaDownloader”, a website that allows someone to rip music from YouTube. Putting two and two together, one would assume Kanye ripped Sufjan’s song “Death With Dignity”, which he then used to create a beat on the Serum software.

deadmau5, who co-founder Xfer Records, the company behind Serum, was quick to call out Kanye for his actions.

In Kanye’s defense, any music released commercially would need to be cleared and thus, if he were to sample “Death With Dignity, Sufjan would be compensated. However, software creators aren’t entitled to the same rights.