Guns, explosions, and a very fat Dwayne Johnson singing in the shower 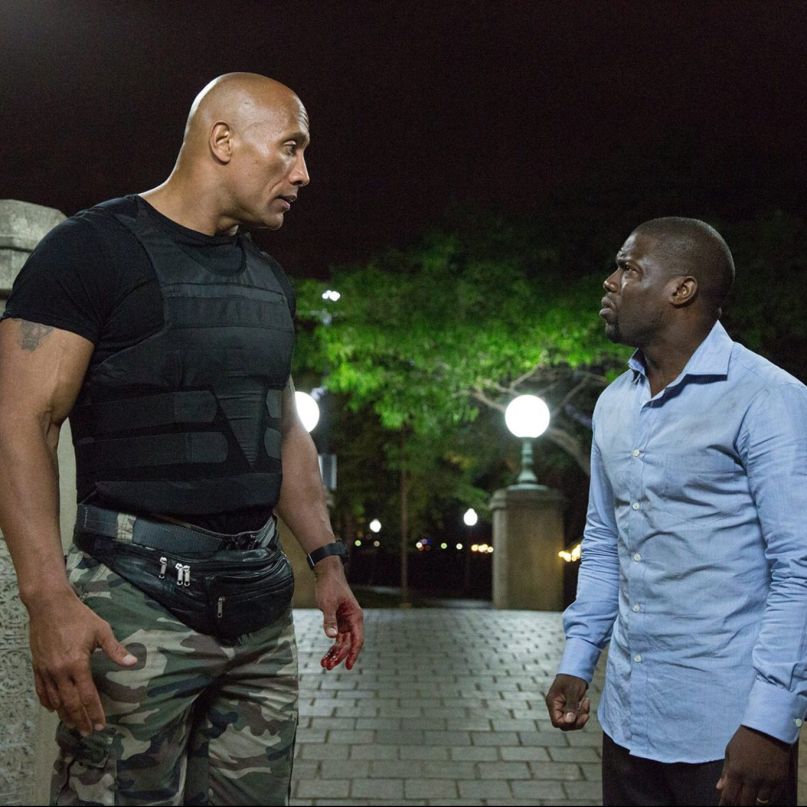 Fresh off fighting crime alongside Ice Cube in Ride Along 2, Kevin Hart is teaming up with Dwayne Johnson for yet another comedy in the buddy cop vein. Central Intelligence stars Johnson as a CIA agent and Hart as his unwitting accomplice, who predictably gets dragged along on a mission “to save the entire free world.” The film is directed by Rawson Marshall Thurber, whose credits include We’re the Millers and DodgeBall: A True Underdog Story.

It all looks like pretty standard stuff for Hart, whose film career has exploded over the last few years as he’s settled into a comedic persona that’s part over-the-top, part everyman. But the real reason to get excited about Central Intelligence stems from the clips we see of Johnson’s character, the lethal but kind of huggable CIA agent Bob Stone. Johnson hams it up as much as he ever did in his wrestling days, and a flashback to his high-school days as “Fat Robbie” is one of the few legitimate laugh-out-loud moments in the trailer. Check it out below.