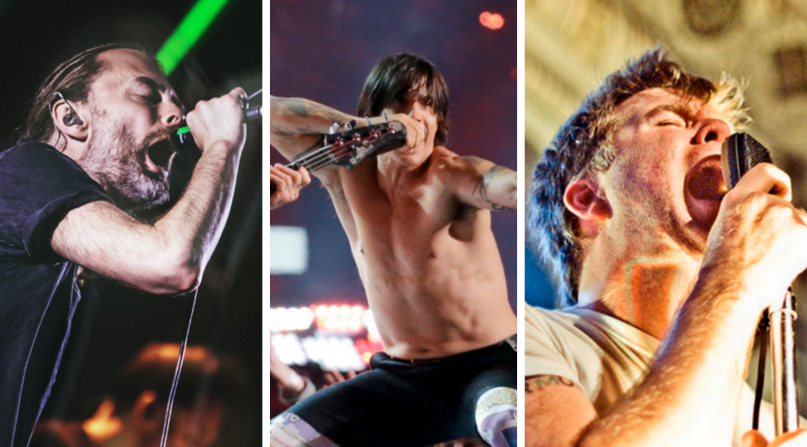 Lollapalooza turns 25 years old this summer, and quite the celebration is planned. Radiohead, Red Hot Chili Peppers, and LCD Soundsystem will each headline a day of the festival, Consequence of Sound has learned.

Lana Del Rey and J. Cole have also been tapped as headliners.

For Radiohead, it will mark their second headlining appearance at the Chicago festival. They previously performed in 2008 behind In Rainbows, widely considered one of the greatest sets in the festival’s history. By the time this year’s festival rolls around, the band is expected to have released their ninth studio album.

Red Hot Chili Peppers, meanwhile, will be headlining Lollapalooza for a record-breaking fourth time. The band played the second-ever festival in 1992, and later returned for the 2006 and 2012 installments. Like Radiohead, the Chili Peppers are expected to release a new album in the coming months.

LCD Soundsystem played Lollapalooza in 2007, but this will mark their first time headlining the festival. The appearance is part of the band’s 2016 reunion tour which also includes stops at Coachella, Bonnaroo, and several other major festivals. Frontman James Murphy has promised new music is in the works.

For the first time ever, Lollapalooza will expand to a four-day format in 2016 (July 28th – 31st at Grant Park), in part due to the large number of artists who were interested in playing this year’s festival. Four-day passes are set to go on sale Tuesday, March 22nd, with the full lineup announcement also expected then.

Lollapalooza organizers did not respond to our request for comment.