Outstanding warrant was from 2002 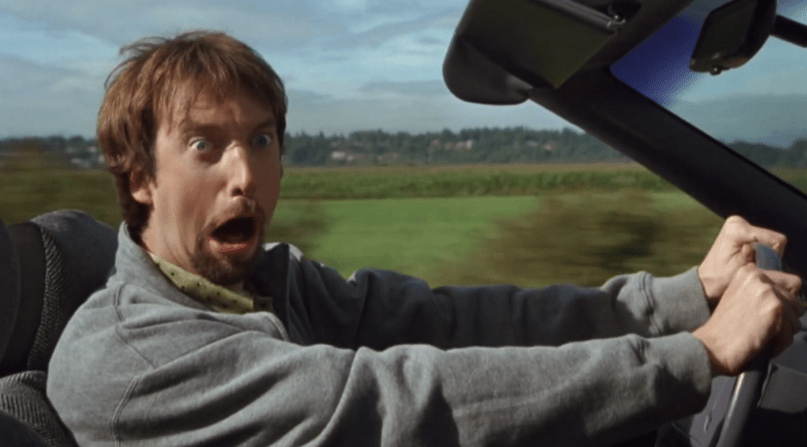 As Randy Marsh can attest, video rental stores have gone the way of the dodo bird. However, even today, it’s important to be kind, rewind, and return any outstanding VHS tapes — or, be prepared to suffer the fate of a Concord, North Carolina resident named James Meyers.

As WSOC-TV reports, Meyers were recently pulled over for a burnt-out tail-light. When police ran his plates, they found him to have an outstanding warrant from 2002, and no joke: it all stemmed from his failure to return a rental of Tom Green’s slacker comedy Freddy Got Fingered.

“The officer said, ‘I don’t know how to tell you this but there’s a warrant out for your arrest from 2002. Apparently you rented the movie Freddy Got Fingered and never returned it.'” Meyers recounted. “I thought he was joking.”

After dropping his daughter off at school, Meyers went to the police station and turned himself in. He was promptly handcuffed and taken to the magistrate’s office. A court date was set for April 27th.

“They’re not focusing on the crimes I think they should be focusing on,” Meyers told WSOC. “That hour the cops sat out there with me, the hour and a half I was down in the magistrate’s office could have been spent somewhere else.”

For his part, Green seemed as dumfounded as Meyers and probably everyone else reading this story right now.

I just saw this and I am struggling to believe it is real. https://t.co/GrTXoUj29X

Watch WSOC-TV’s report on the arrest below.