R.E.M. frontman returns to the stage for a striking tribute to The Thin White Duke 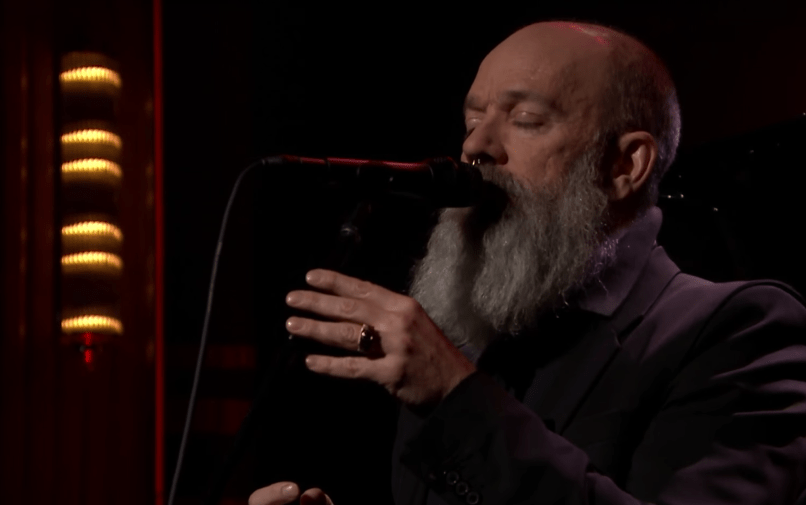 Michael Stipe has made sporadic live appearances since disbanding R.E.M. in 2011. This week, however, his concert calendar is jam-packed as he’s set to perform back-to-back nights at a David Bowie tribute. On Tuesday night, he got a chance to warm his chops by appearing as a musical guest on The Tonight Show.

With piano accompaniment from composer Paul Cantelon, Stipe covered “The Man Who Sold the World”, the title track to Bowie’s 1970 opus. Replay the striking performance below.

The two-night Bowie tribute kicks off Thursday at Carnegie Hall, featuring performances from Stipe, Patti Smith, The Pixies, Cat Power, Debbie Harry, The Roots, and The Mountain Goats. The following night, the Thin White Duke will be honored once more, this time with a series of performances at Radio City Music Hall. That lineup includes Stipe, Mumford and Sons, Blondie, Cat Power, and The Roots, and will be available to stream in exchange for a donation to music education charities.