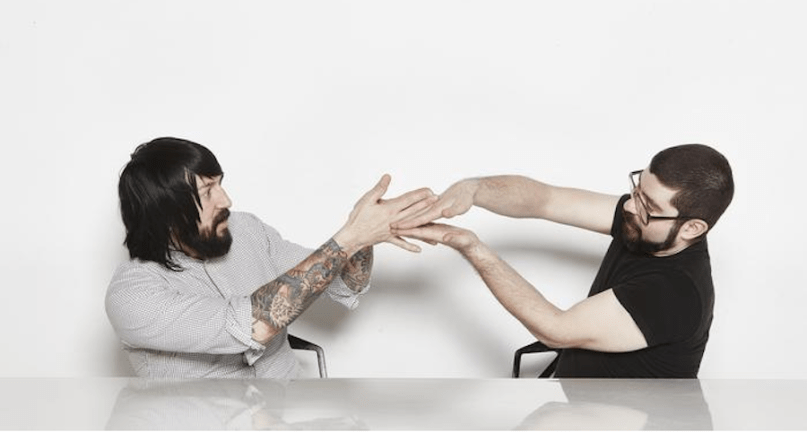 It’s been a hot minute since we saw or heard Jesse F. Keeler and Al-P together as MSTRKRFT. The Canadian electronic duo have released a new song since a pair of singles in 2011, and it was a good two years prior to that since they dropped their last LP, Fist of God. Finally, the silence has been broken, as MSTRKRFT has debuted a brand new track called “Little Red Hen”.

The track debuted on A-Trak’s Beats 1 Radio show, “Day off Radio”. It’s a thundering electro house cut filled with pulsating sirens and slippery synth blasts. Imagine giving a hen a dose of some sort of hyperactive, endorphin-pumping drug and then letting it loose in a pen littered with chicken feed; this is probably the sound it would have going off in its little head.

Take a listen below, followed by the single artwork.

Keeler is also known for his work in Death For Above 1979.