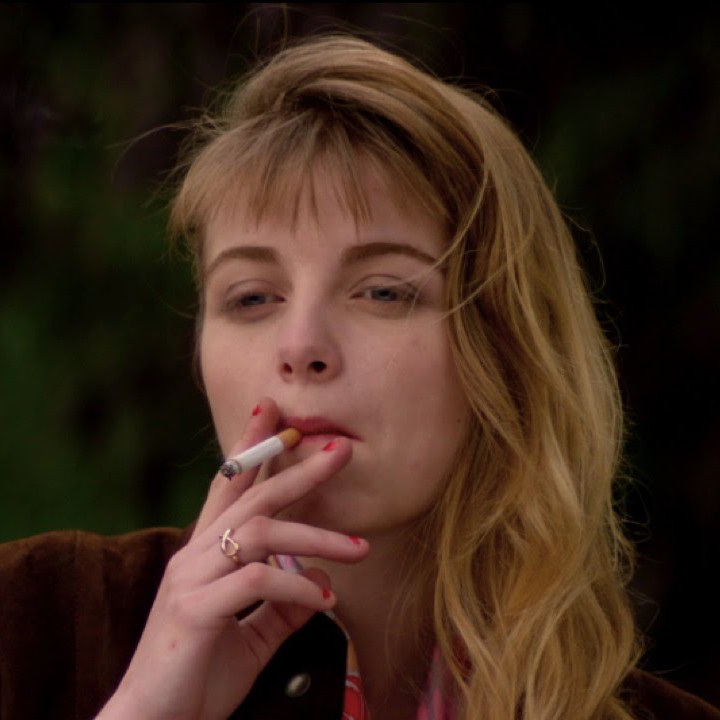 This review was originally published in October 2015 as part of our coverage for the New York Film Festival 2015.

It’s the thrill of getting ready for a party while Snoop Dogg is blasting on the boombox. The missed signals from the opposite sex. The hostels, exams, and beautiful ennui of coming of age in a very specific moment of the past. No money, modest ambitions, vague goals, and interactions with other people that could best be described as world-ending. What’s better than passing the big exam, or worse than being uncertain of the opposite sex’s motivations?

Is there a more melodramatic time in one’s life than when they’re in their late teens and early 20s? Autres temps, autres mœurs, folks.

How scary, exhausting, and just plain wonderful life seems the further you get away from certain moments in it. Somehow we survive our own development, but it can scar and define us forever. My Golden Days manages to encapsulate the gaiety and the godawful of being young in France. It is an intense, evocative, and lucid memorial to one man’s coming of age in the ‘80s and ‘90s. Arnaud Desplechin delivers a thrilling reminiscence that romanticizes and believes in youth’s ungraceful but intense splendors. Oh, first loves and school, so complicated but so worthwhile.

My Golden Days recalls the tumultuous early years of Paul Dédalus as remembered by an older, calmer Dédalus. Dédalus tells his tale in several chapters. There’s part one, “Childhood,” a piecemeal, pinhole glimpse back where we learn of Paul’s mentally ill mother, and his struggles to be a leader to his brother and sister. Part two is “Russia,” and it’s like watching a Jr. La Carre spy novel. Paul’s high school trip to Minsk becomes a mission to get money and passports to Russian Jews seeking asylum in Israel. But then comes part three, the centerpiece of My Golden Days, “Esther.” Isn’t it just fitting that in spite of all the stories, a grown man obsesses at length over his first love? Regardless, first-timer Quentin Dolmaire plays the young Dédalus in his teens and 20s, and circumnavigates the emotional and intellectual progress of a young person. Paul is anxious, deadly serious, handsome, passionate, resourceful – all the best qualities of a person in their prime.

Paul is beyond enamored with Esther (Lou Roy-Lecollinet), a girl with a chip on her shoulder. She’s demure, evasive, gorgeous, cruel, and above all else, everything young Paul knows he’s always wanted. Heh, kids. It’s the kind of obsessive, insecure love that one blooms when they’re young and uncertain of how to feel, and My Golden Days captures it with a serene sense of longing. Youth films don’t come this honest, or specific, very often.

The film engrosses itself in all the minutiae of a certain time and place. One minute, all the boys are practicing shaving and prepping to score in the bathroom while The English Beat’s “Sooner or Later” plays loudly. In the next scene, Paul is beaten by Esther’s exes for making eyes. But Paul also grows up the hard way by having to learn that sometimes the opposite sex isn’t always on the same page emotionally. Yet, it’s never painful. In fact, these sequences are breathtakingly told, and paced with excitement. Paul’s story rings all too true even when sensationally hit upon.

My Golden Days may purport to be the story of Paul, but it’s really a love letter to the past. Paul was guided by and grew up with his passions: his love for education, his endearment for friends, his outrageous heart-ache over Esther. My Golden Days is a caring and often touching take on our youth, arguing that personal history and who we become are defined by what we let our emotions cling to most. Esther defined Paul, and My Golden Days speaks widely to love’s labor lost.

Side note: this writer had no idea that Paul Dédalus appeared in a 1996 film from Desplechin, My Sex Life… Or How I Got Into An Argument. Great title aside, it’s always been interesting to watch the growth and development of a character like the Antoine Doinel films of François Truffaut, or Michael Apted’s Up series. It’s less a franchise thing then a curiosity thing, the wonder of where and how the same people behave and mature at different points in their lives. My Golden Days is so specifically rooted in honest nostalgia, it might be worth seeking out My Sex Life. So, cheers to many misadventures with Dédalus.