"It was a time in my life that sticks with me. And it’s nice to be able to share it." 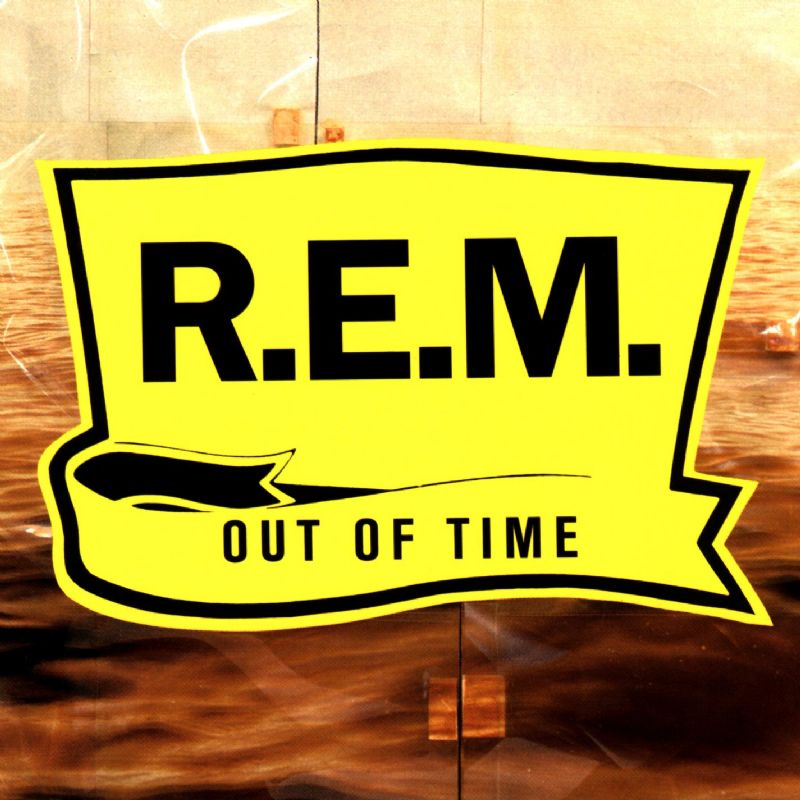 Twenty-five years ago this week, R.E.M. released the album that would transform them from ambassadors of small-town college rock into icons of alternative music. Out of Time, with its broadening and adventurous spirit, would go on to receive massive mainstream acclaim and introduce millions to four guys from Athens, Georgia, whose songs were catchy, cryptic, and cathartic.

The album’s second track, “Losing My Religion”, sealed the band’s fate. As the first single to be released off Out of Time, it would go on to spend 21 weeks on Billboard’s Hot 100 chart and win two Grammys. If you didn’t grow up alongside the band, it was your first favorite R.E.M. song. Well, it was for me, at least.

As a Georgia native raised on a steady diet of alternative music, I’ve always revered R.E.M. as the greatest band to come out of my home state. I’ve loved them for as long as I can remember. Out of Time was the very first R.E.M. album I picked up myself and listened through; in all likelihood, if you had snatched away my Walkman at any point before I turned 11, you’d find the album’s checkered CD inside.

When I say that I’ve loved R.E.M. for as long as I can remember, I should clarify: I’ve loved the band since my father introduced them to me prior to entering kindergarten. From then on, R.E.M. would always represent the musical bond I shared with my dad, a bond that continues to be one of our strongest. When my mom and I moved across state lines and away from my family in Georgia, I would play Out of Time repeatedly as a way of connecting with my dad while seemingly half a world away.

Now older and thankfully back in Georgia, I got the opportunity to celebrate Out of Time’s 25th anniversary in the most fitting way possible: with my dad. He agreed to let me interview him about his personal relationship with R.E.M. (They share the same alma mater, for one. Go Dawgs!) We also talked about the lasting and intergenerational effects of the band’s music in the best way we Barrys can — which is another way of saying that this interview has been edited for clarity.

When you went to the University of Georgia, was R.E.M. still developing as a band, or was that a little bit afterwards?

They’d already made it. I think they were still playing on I.R.S. Records. I know that eventually they’d switched over to Warner Bros., and that’s when people said that R.E.M. had “sold out.” But no, they were already well-established. They were on the radio, so you knew everything that they did.

What year did you graduate?

Okay, so that was around Document, maybe? [Checking my iTunes library] I have all the years here….

The one that everybody knew was…

Yeah, that was the one. And then that one record, the one with the blue? That first one?

Yeah, that’s their really early stuff. I don’t think there’s a bad song on that entire album. The biggest thing I liked about listening to R.E.M. was the melodies.

How many times have you seen them live? Did you ever see them at the 40 Watt [in Athens]?

I never made it over to the 40 Watt. I saw R.E.M. twice at Legion Field [in Athens]. The second time they came was when they were getting a huge following, and [the organizers] had to change the rules of having concerts at Legion Field. I mean, it was absolutely just packed. And they had no way to manage the crowd or anything like that, so after that, they started having much more regimented, much more controlled [shows]. But this one wasn’t.

I also saw them on the Monster tour. I think it was their second to last show. They played in Atlanta, and [your stepmother] and I, we were still just dating. And so we got to go see them at the Omni, which doesn’t even exist anymore. And they played a lot of their old songs at that concert. It was really great to see that. But that was the last time I got to see them.

What was it like growing up in Athens? Was R.E.M. revered as the town’s golden boys? Do you remember the music scene in Athens around that time?

The music scene was so eclectic. It was so broad and different. You could find whatever you wanted. I mean, there was country music, and then there were just little upstart bands that were around.

Okay, so Out of Time came out in 1991. I was born in ’91. What are your memories with the album that year? When it came out, were you excited for it? Did you anticipate it, or did you just kinda find it?

I just kinda found out and went ahead and got it. Some of the stuff was already being played on the radio, like “Radio Song”…

“Losing My Religion” was getting plays.

Yeah, and you’ve got MTV and the videos and things like that. I didn’t really care about the videos. It was more about the songs. You had Kate Pierson from The B-52’s. She played on [“Near Wild Heaven”, “Shiny Happy People”, and “Me in Honey”], which was kind of a different change. It was neat.

It’s kind of funny when you get an album for a specific song and you find other music on there that you never anticipated — that you just don’t hear because it’s not as popular, but you find it a lot better than what you originally got it for. Like one of those songs, “Texarkana”, which is just Mike Mills doing the [vocals], which to me is great. I was on a road trip — well, not a road trip, a business trip — in Texas around that time and just played it going back and forth between Dallas and Houston. Just played it and played it and played it.

Were you still listening to it around the time I was born?

I have a tendency to associate certain albums with what’s going on in my life at the time when I first start getting into them. Did you do anything similar with Out of Time?

R.E.M. was always great music that put me in Athens, which was always a good time. So I liked escaping to that. It’s still that way with “Pretty Persuasion” [from 1984’s Reckoning] … and then “Texarkana”, it instantaneously puts me on that road trip where I was listening to it in Texas. Not just because it was “Texarkana”, but just because, you know, it was a good song to listen to in the car.

Do you remember sharing R.E.M. with me when I was young?

I remember playing music around you and your other two brothers, but that’s all.

I know I’ve brought it up with you before because this is something that sticks so much in my mind. And I attribute a lot of my taste in music today — apart from the metal that I typically cover — to a mixtape you made me when I was five or six. Do you remember that?

And I remember “Nightswimming” was on that tape. And I think “Strange Currencies” was, too. And I think that’s where it sort of started for me. With Out of Time originally, I think I just knew “Losing My Religion” like everyone else, so that’s where I got that, but it took a couple listens — I remember being a little kid and listening to “Radio Song” and “Shiny Happy People” and thinking they were the most fun songs.

Do you rank Out of Time among your favorite R.E.M. albums?

I don’t have a preference. It’s just what I feel like listening to. I still go towards the earlier stuff I liked a lot and still do. But then, some of the later stuff, too, I like. Like “Leaving New York” [off 2004’s Around the Sun].

So you still return to the band’s music?

Oh, yeah. They never go away. You know, it’s said that the music you listen to when you’re 18 to 25 is the stuff you’re gonna listen to for the rest of your years.

And you were probably right around my age when Out of Time came out, like 26?

Did you meet any of the band members up there in Athens?

You would see Bill Berry, the drummer. He had more presence. I remember one time someone pointed him out. He was driving around in a BMW close to Little Five Points, and that’s the first time I saw him. And then later, when I was taking care of the Home Depot [in Athens]. He came in and I helped him out; he was looking for a pressure washer or something like that. I recognized him. I understand he had a farm at the time, and he was doing something like that.

When you listen to R.E.M., do you ever check out the lyrics? Do they resonate with you, or is it just the sound?

No, it’s the sound. I don’t think I even want to know the lyrics, because a lot of times, when Michael Stipe is singing, especially the early songs … some of it just doesn’t come out very clear. Especially when I saw them at Legion Field.

I really never follow the lyrics at all … I don’t think they show their lyrics in any of their albums, [so] I never really saw any of that.

It might be a generational thing. I mean, I’ve got my phone in my pocket, and I could easily look up the lyrics as I’m listening to a song the very first time.

I mean, there were albums that I got where they posted the lyrics, and you’d follow along. R.E.M. was strictly just for the music. I just really enjoy the music. I loved the way it sounded, and I was just drawn to it. Still am. Still am.

But I don’t know, I guess it was just a time in my life that sticks with me. And it’s nice to be able to share it.