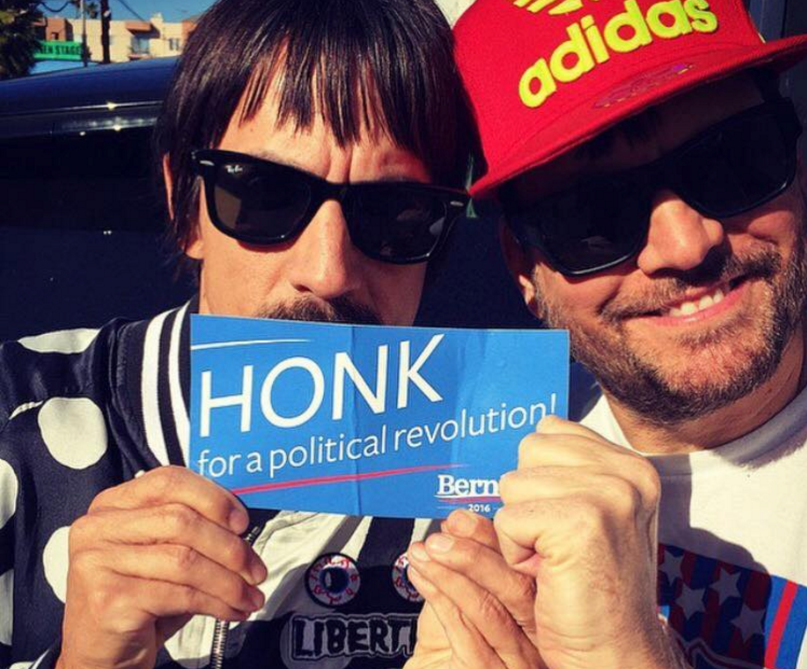 Tuesday night’s election results were anything but super for Democratic presidential candidate Bernie Sanders. However, the Vermont Senator remains undeterred in his quest to the White House, and today Red Hot Chili Peppers have provided him with a brand new jingle to use on the campaign trail (via Alternative Nation).

Chili Peppers previously showed their support for Sanders by performing at a campaign fundraiser in Los Angeles last month during which they also honored the memory of David Bowie with a cover of “Cracked Actor”.