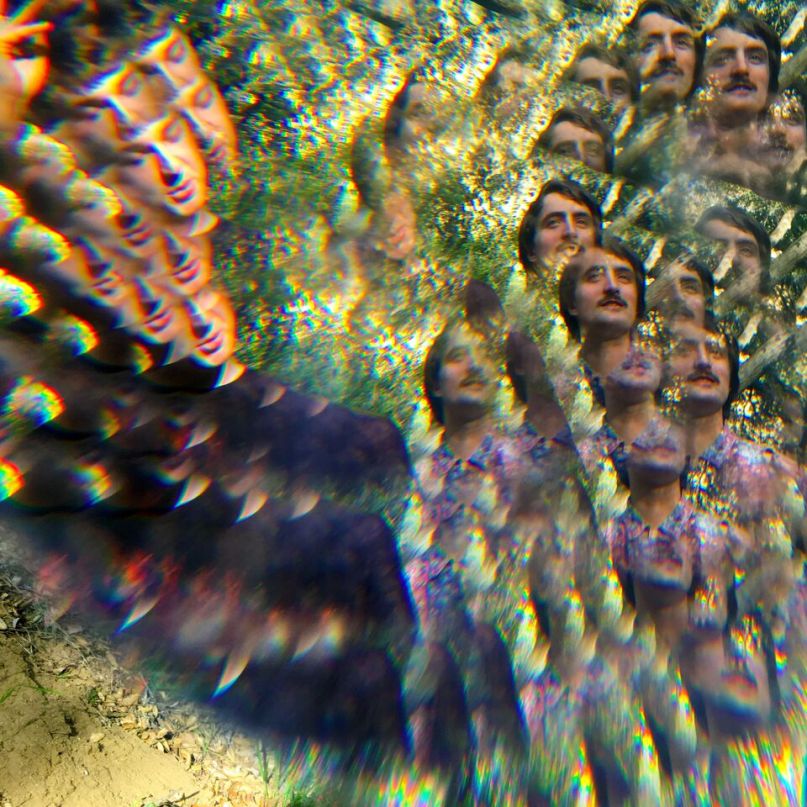 Some young bands try to obscure their influences, as if we won’t sniff ‘em out after a couple of listens anyway. LA psych pop duo Rollercoasterwater don’t just call out the people who inspire them musically; they write entire songs about them.

The band’s latest single is called “Avey Tare Said” in honor of the Animal Collective songwriter and co-founder (who also goes by David Portner). A few years back, Rollercoasterwater’s Chuckie Behring opened a show for Portner at the Echo in LA. Backstage before the show, they struck up a conversation about everything from psychedelics to what it takes to be in a successful psych band. Apparently, what Portner said left a mark on the impressionable, then-19-year-old Behring. Among his best snippets of advice: don’t perform high and go on tour in a van. Hmm. Hard to argue with that.

According to Behring, “Avey Tare Said” was written right after that night, though it took him several years to perfect the song’s lush, dreamlike soundscapes. “I took what he said to heart and the next few years of my life after that night up until now have been a crazy whirlwind of psychedelic artists and involvement in underground movements,” Behring says. So remember, influential rock stars: You hold the children’s future in your hands.

Rollercoasterwater will release their new EP next month. Listen in to “Avey Tare Said” below.