Should Warner Bros. Have Waited Before Confirming Zack Snyder for Justice League? 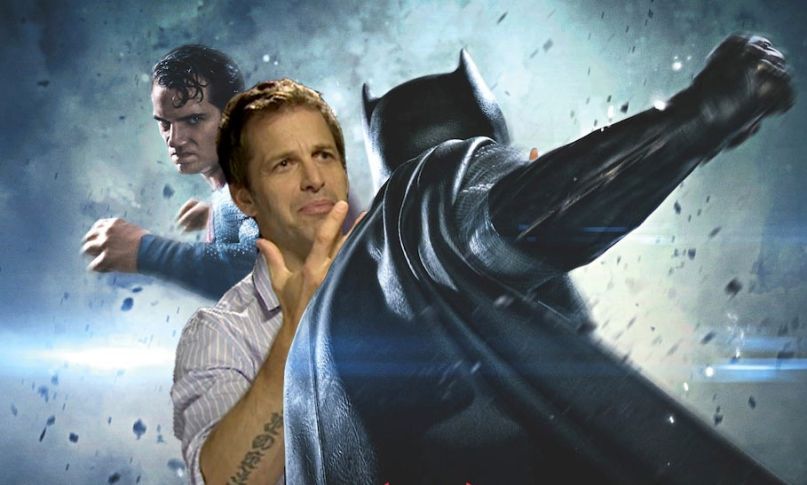 The true beginning of the DC Comics Extended Universe’s cinematic branch is finally about to debut, with Batman v Superman: Dawn of Justice entering theaters on March 25th. True, Man of Steel technically kicked off DC’s answer to the Marvel Cinematic Universe, but that movie only hinted at the larger scope of things in the most Easter Egg-y of ways. The bigger picture will come into view almost immediately once BvS:DoJ gets going, with a plethora of new and important characters entering the fray alongside those previously debuted in Superman’s solo adventure.

Another important individual who will be returning for the film is director Zack Snyder. Despite what was a largely polarizing audience and fan response to Snyder’s destruction-heavy Man of Steel, WB and DC have put a lot of the responsibility for their theatrical success on his shoulders. In fact, the companies confirmed back in February that Snyder would begin filming the most anticipated film in all of the DCEU, Justice League — Part 1, on April 11th, just under three weeks following Bvs:DoJ’s theatrical debut. And that’s without even knowing how strong its box office will be or how audiences are going to respond.

And that could be a huge mistake.

The announcement that JL — P1 would begin production so soon came amid rumors that WB was worried about how BvS:DoJ was tracking. Speculation abounded that early screenings of the film had been divisive at best, with many fearing general audiences would react with a disaffection similar to that caused by MoS. Execs seemed confident that Ben Affleck would prove the proper choice to play the grizzled, hardened version of Batman presented in the film, but worried that an otherwise lackluster battle between good and good would fail to lay the firmest groundwork for what will eventually be the Justice League.

What’s more, there’s the budget to consider. Avengers: Age of Ultron, a film that fairly split audiences (though, perhaps not as fiercely as MoS), was made for $279.9 million (something in the mid-low $300 million range when adding advertising) and brought in a considerable $1.405 billion global box office ($459 million domestically). Of course, that had a series of successful films before it, including a $220 million prequel that made $1.52 billion internationally and $623.36 million domestically. With only one disappointing film before it and no introduction to characters like Batman, Wonder Woman, Cyborg, and The Flash — all set to appear — BvS:DoJ was made for a staggering $400 million.

The Avengers films broke box office records, but it had a history behind it. Besides which, it would’ve been a win for Marvel Studios even if it didn’t shatter expectations. With its bloated budget, BvS:DoJ must break $1 billion in order to be considered a success. Doubling your investment is not good enough for a film of this size with an entire universe of franchises riding on it. You could even interpret the recent announcement of an R-rated director’s cut of the film as a money grab from a company that fears it’s going to fall short of being completely in the black.

It’s conceivable, then, that WB announcing the start of Snyder’s Justice League was a way of saving face a bit. By officially giving Snyder the reins, they expressed confidence in his Batman v Superman film, which in turn could inspire faith in fans and followers. The problem comes if that assurance proves falsely placed.

It’s hard to imagine BvS doesn’t dominate the charts for a few weeks and bring in a decent box office haul right off the bat (pun?). But big money does not a successful comic book movie make, at least not anymore. Audiences and fans have become accustomed to actually enjoying their superhero fare, and that’s largely because DC’s competitor, Marvel, has had such a generally solid track record. That’s how even the least appreciated films in the MCU, like Thor: The Dark World, can turn in a 378% profit — trust.

Audiences, by and large, are already skeptical about the DCEU. Man of Steel made only slightly more than T:TDW on almost twice the budget, earning back about 297% of what was spent to make it. Bad word of mouth had a lot to do with that relative lack of success (not failure, mind you, but comparatively). If its sequel, which is essentially what BvS:DoJ is, again falls short of quality expectations, WB and DC are going to have a problem on their hands. Audiences will lose trust in Snyder’s ability to direct a completely pleasurable superhero movie experience; 300 was largely applauded, but wasn’t a “superhero” film, while Watchmen started Snyder’s track record of uneven delivery. Should BvS:DoJ continue the trend, that would make three questionable films in a row for the director. Why would we want to see him tackle the biggest superhero team-up in all of DC-dom if he can’t even handle one with just three main characters?

Extrapolating from that, why would we trust Warner Bros. to be able to deliver a quality interconnected adventure with DC characters? Keep in mind that we credit Christopher Nolan with the Dark Knight trilogy’s success, because it was a standalone series. BvS:DoJ is meant to be part of a much, much bigger universe, one that we’re meant to believe WB and DC are mapping out and controlling over the course of numerous entries. (Suicide Squad might even get a pass because, though it’s very clearly connected to Affleck’s Batman, it certainly feels like something different; it doesn’t center on any of the big heroes that make up the Justice League.) If Dawn of Justice is another peeving exercise, and yet WB has already thrown their support behind its director, what’s that do for audiences’ faith in their grasp of how to handle the DCEU?

A BvS:DoJ failure would prove that the studio has no idea how to manage the DC properties. The issue has always been a concern, as there’s no one looking over the theatrical arch of these characters like Marvel’s Kevin Feige. Instead, WB and DC are putting their trust in their creatives, which isn’t necessarily a bad thing. The problem is they’ve put so much of it on one guy: Snyder. Literally, it’s everything. He’s responsible for establishing every single character in the Justice League, and if he doesn’t do a good job of it, he screws over every other filmmaker working on the solo films.

Patty Jenkins already has Wonder Woman underway, so there’s not much to be done there. It’s the future filmmakers, like James Wan (Aquaman) and whoever ends up directing Ezra Miller in The Flash, who will have to struggle with whatever potential fallout comes from BvS:DoJ or Justice League. None of those films will have a fair shot because Snyder would have already damaged the characters and their overarching, connecting stories. They’re already having to grapple with having these characters debuting in films that could well be tonally very different than what their solo adventures will be like; having those films be underwhelming to boot would make the task even more challenging.

For sure, this is all complete speculation at this point. Maybe BvS:DoJ is a huge hit and impeccably entertaining, a redemptive moment for Snyder and a watershed one for WB/DC. I truly hope it is, but honestly, does it feel that way? The discourse around the movie so far hasn’t exactly been reassuringly positive, and its success doesn’t feel as guaranteed as, say, Captain America: Civil War. WB is already playing from way, way behind with its grand cinematic superhero universe; should they have to renege on their faith in Snyder and end up pulling him off Justice League, it will throw their entire schedule out of whack and dampen already unsure feelings about the DCEU. Still, it’s hard to imagine they’d have necessarily replaced Snyder even if BvS:DoJ garnered lukewarm reactions, simply because they’d already made loads of behind-the-scenes moves towards entering production.

On the other hand, if they hadn’t said anything, they’d still at least have that option. They could’ve delayed Justice League, fast-tracked a Batman solo film, and maybe even worked out a way to introduce some more characters in standalone movies before teaming them all up in JL — P1. Now, they’re locked into it, if for no other reason than changing their mind would look even worse than backing a dead horse. Announcing Snyder’s start of production on the film already felt like a way to save face; if Batman v Superman: Dawn of Justice isn’t the best DC Comics film to date, that face is going to be pretty well covered in egg.