Brooklyn crew have grown since their two mixtapes, but still retain their roots 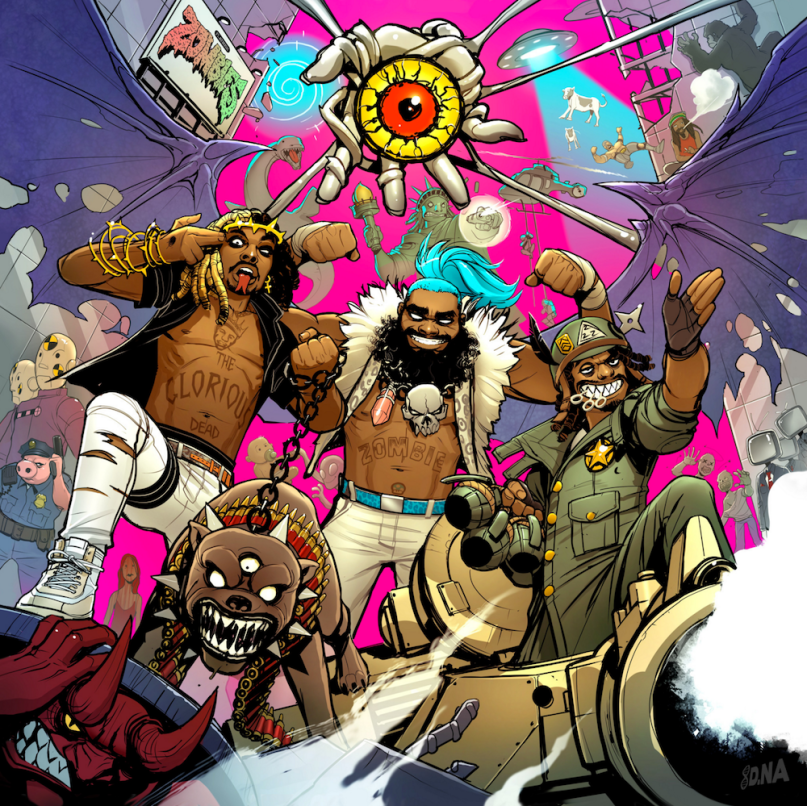 Today, Flatbush Zombies release their full-length debut, 3001: A Laced Odyssey, via Glorious Dead Recordings. Spotify users can stream it in full below. It’s also available over at Apple Music.

3001: A Laced Odyssey marks the Brooklyn natives’ first proper album. It follows their two mixtapes, 2012’s D.R.U.G.S. and 2013’s Better Off Dead, as well collaborations with the likes of Joey Bada$$ (“Did U Ever Think”) and Trash Talk (“97.92”). Produced entirely by Flatbush Zombies’ own Erick Elliott, aka The Architect, the 12-track effort is anchored by singles like “This Is It” and “Bounce”, which features a left-field sample of Bibio’s “The Palm of Your Wave”.


In her review of the album, Alejandra Ramirez writes,

“…the group still thrives on druggy narratives filled with cringe-worthy laughs and absurd references. But they have grown up. Their immaturity and brusqueness is flavored with a new level of social consciousness and introspection. In their epic 13-minute closing track ‘Your Favorite Rap Song’, Juice waxes third-eye philosophical (‘You could reach into your pocket, while I reach into my mind/ Clarity is so divine’) and Meech delves into unexpected spiritual territory (‘Suffering would lead to the discovery of something deep/ Peace, mind, body, soul, the holy trinity’). While their high times absurdity was once their near-exclusive modus operandi, Flatbush Zombies are making strides in growing up … a little. As usual, Juice says it best: ‘Same drugs, same names, different places.'”

Purchase a copy of the new LP here.