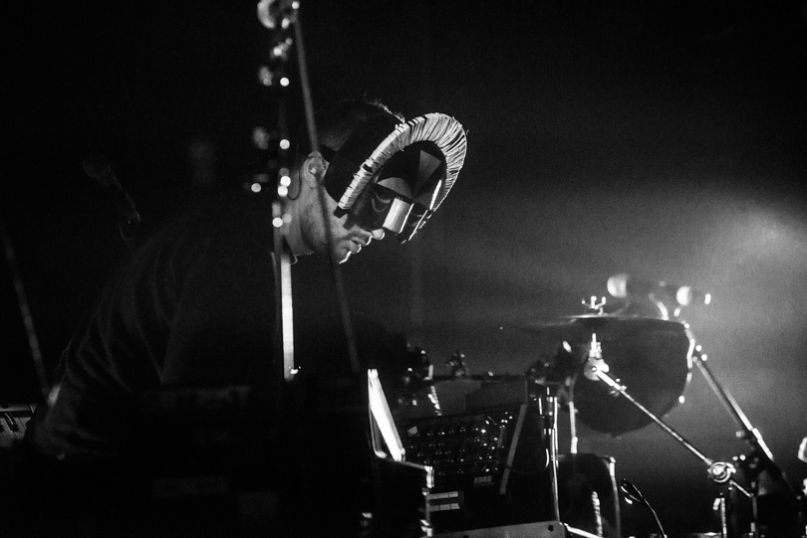 Earlier this week, UK producer SBTRKT shared a new track called “Good Morning” on Zane Lowe’s Beats 1 show. Another song, “I Feel Your Pain”, premiered the following afternoon on Annie Mac’s BBC Radio 1 program. The former track features contributions from The-Dream, while the latter counts singer/rapper D.R.A.M. and R&B singer Mabel as guests. Tonight, the hits keep coming: SBTRKT has now released a full-blown project called SAVE YOURSELF, which includes both of the previous tracks along with six others. Stream the full album below.

SAVE YOURSELF marks SBTRKT’s first release since 2014’s Wonder Where We Land. The album also features a collaboration with Sampha, entitled “TBD”, and two more with The-Dream. Check out the album artwork and tracklist below.