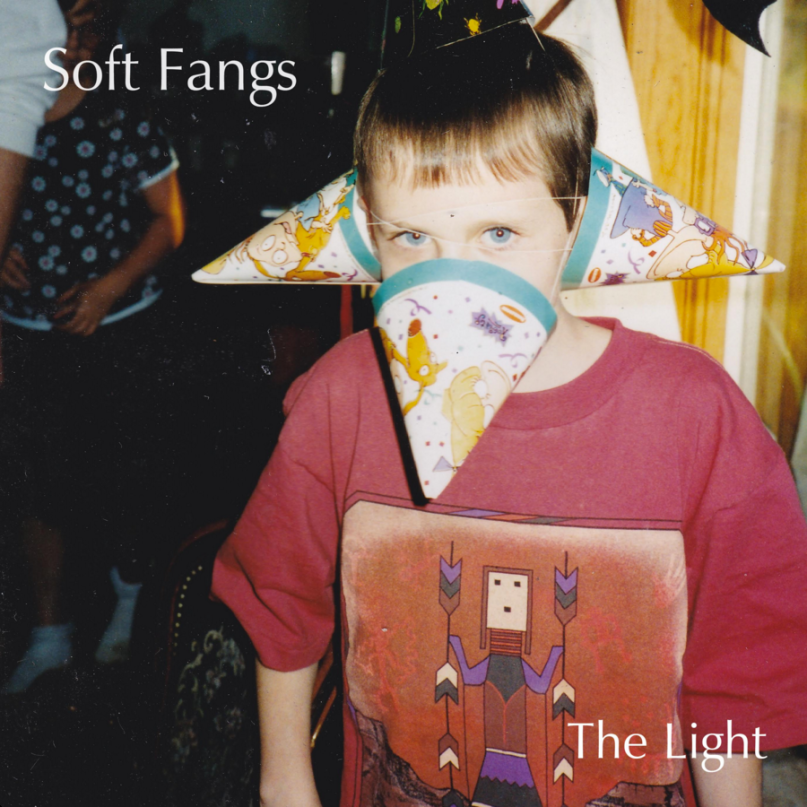 Bedroom pop is loosely classified as lo-fi, often contemplative music that is instantly recognized for its DIY nature. While Soft Fangs certainly meets those criteria, songwriter John Lutkevich took the genre to another level by actually recording his latest album in his childhood home. That effort, The Light, is due out on March 18th via Disposable America and Exploding In Sound Records, but you can stream it early and in full below.

The 11-track The Light is built on heavy-hearted, reverberating guitars that are as nostalgic for their mournful tone as they are for their reminiscence of Sparklehorse. While this crunchy melancholy permeates most of the album, Lutkevich also manages to fold in other indie rock influences that prevent the record from dragging you so deep into the self-reflective sadness that there feels like no hope. There’s the Mac DeMarco slacker vibes of “The Wilderness”, the surprisingly tropical electronics of “Back of a Horse”, and the bright stroll that is “Get a Job”.

Still, the record seeks to muse “about death, life, nature and all the little things people forget,” and so the lyrics delivered in Lutkevich’s hushed tone are there to remind you it’s okay to be not okay every now and then. “I’m old enough to die,” he sings on “Birthday”. “I’m young enough to be alive.” It’s a painful warning and a heartening reminder, which could well describe much of The Light.

“The Light is a very special record to me,” Lutkevich tells Consequence of Sound. “It is the culmination of about a year of home recordings, some written before my first EP came out. I was struggling with a lot of different things at the time, so I basically just recorded my way out of it. It was a rough year, but I emerged from it brighter than I’ve ever been before.”

Take a listen to the entire album below.