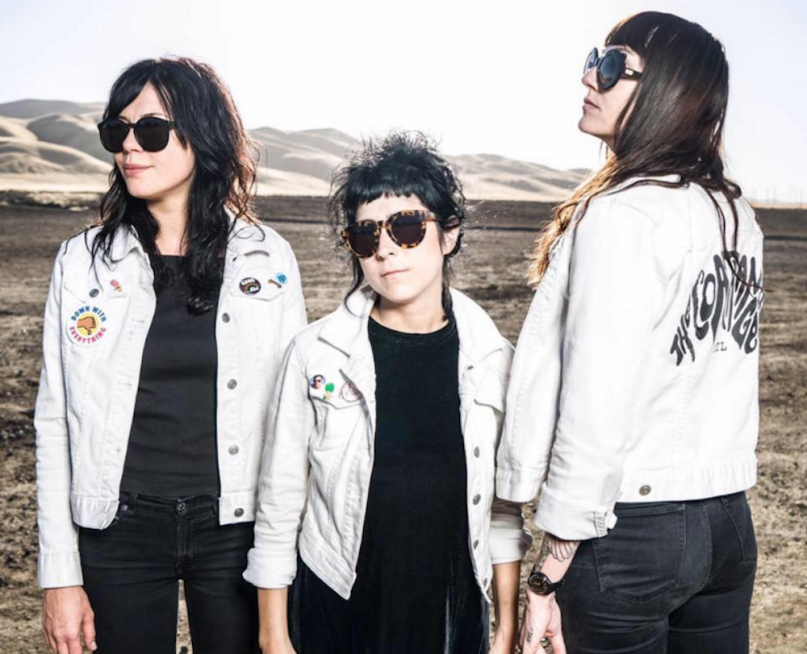 The Coathangers will release a new album titled Nosebleed Weekend on April 15th. Due out through Suicide Squeeze, the 13-track effort follows 2014’s Suck My Shirt and serves as the first full-length made outside of the band’s Atlanta hometown. It was recorded with producer Nic Jodin (Black Rebel Motorcycle Club) at North Hollywood’s Valentine Recording Studios, known for housing acts like The Beach Boys and Frank Zappa.

According to singer/guitarist Julia Kugel, their fifth studio LP was inspired by the band’s extensive touring life, loved ones that have come and gone, and her recent move to Southern California. “We always say that each record is a snapshot of our life at the time.”

Thus far we’ve heard two offerings from Nosebleed Weekend, the fuzzy “Make It Right” and its spiky title track. Today, The Coathangers are back with the snarling post-punk cut “Squeeki Tiki”, which can be heard below.