Film Review: I Saw the Light 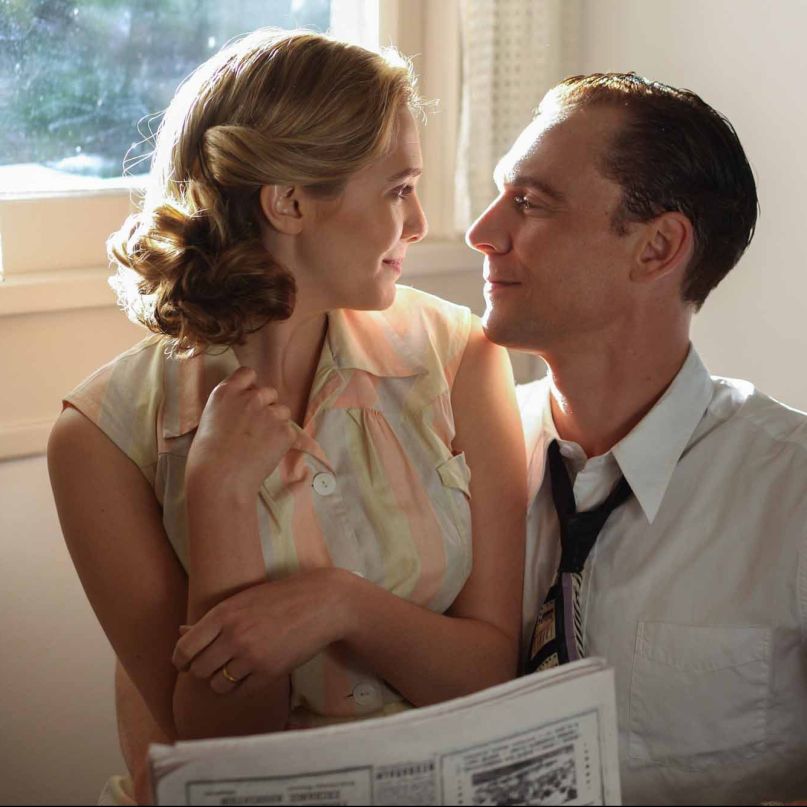 This review was originally published back in September 2015 as part of our coverage for the Toronto International Film Festival 2015.

I Saw the Light is truly perplexing. The Hank Williams biopic has all of the makings of a good film: a harrowing true story about a beloved but troubled country music legend, a talented and game cast, and an excellent built-in soundtrack thanks to the 35 singles that the singer and songwriter recorded over the course of his brief career. But it is not even close to being a good film.

It should be impossible to turn this kind of raw material into such an interminable slog, and yet somehow writer and director Marc Abraham (who is best known as a producer; his other writing credits include Moonlighting and the original 21 Jump Street and his only other directorial gig is Flash of Genius) managed to do just that.

Like many – if not most – music biopics, I Saw The Light follows the rise and excess-ridden fall of its subject from his earliest brushes with success to his untimely death. We pick up his story on a rainy night at a gas station, where Hiram King “Hank” Williams (Tom Hiddleston) is about to marry his first wife, Audrey May (Elizabeth Olsen).

From there, the film winds through the early days of his musical career, performing at a local radio station, to his ascendence to fame and burgeoning country music royalty as a performer at the Opry and a hit-making machine, to his substance-fueled decline and death at just 29 years of age. He marries, divorces, philanders, drinks, sings, fights, and shoots things, and watching it all go down on screen is only minimally more absorbing than reading these sentences.

Part of the problem with the film is Abraham’s insistence on adding staged “interviews” to the proceedings, odd and incongruous black and white clips in which characters from the film discuss Hank. Who is ostensibly interviewing these people and for what reason is about as clear as the clips’ purpose in the picture, and all they manage to do is destroy whatever lurching momentum the narrative tries its best to establish.

Perhaps nothing could have saved the story in the form that I Saw the Light tells it. Most of the major and more intriguing moments of Williams’ life – details that should be important if you want to tell his story, and if you want to include any drama in your drama whatsoever – are glossed over, or carelessly tossed into the script. The singer’s alcoholism gets the necessary attention, but his chronic health issues, his increasingly troubled mindset, and even his progression as an artist, all feel like afterthoughts.

I Saw the Light is essentially two hours of Williams wandering around, singing, and being cantankerous while almost all of the major moments in his life happen slightly off screen. It’s not deep enough to be a proper character study, and doesn’t have a strong enough narrative to be a proper story.

In addition to the obvious disservice that the film pays to its subject, it also completely fails its cast, who do their absolute best to elevate material that can’t even begin to sustain their commitment and talent. Olsen is a natural as May, with an unaffected twang, a guileless belief in her non-existent singing ability, and a steely resolve in the face of increasingly brutal circumstances. Hiddleston is magnetic as Williams, putting to rest any doubts that anyone had about a Brit playing such an American roots icon.

Hiddleston exhibits Williams’ thousand-mile-stare, charismatic smile, and gangly slouch down to a tee, but his performance is so much more than mimicry. And when the material is there for him – most notably in a scene where a strung-out, dead-eyed Williams turns a picnic performance into an unsettling old testament rant – he runs with it, giving a performance so haunting that it almost makes the other 110 minutes of film worth watching.

Given these incredible performances, I Saw the Light almost works as meta-commentary. Perhaps it’s fitting, in some way, to pay tribute to a prolific artist who died before his 30th birthday with a film filled with wasted potential. That would be the only possible way in which this picture would be a success.