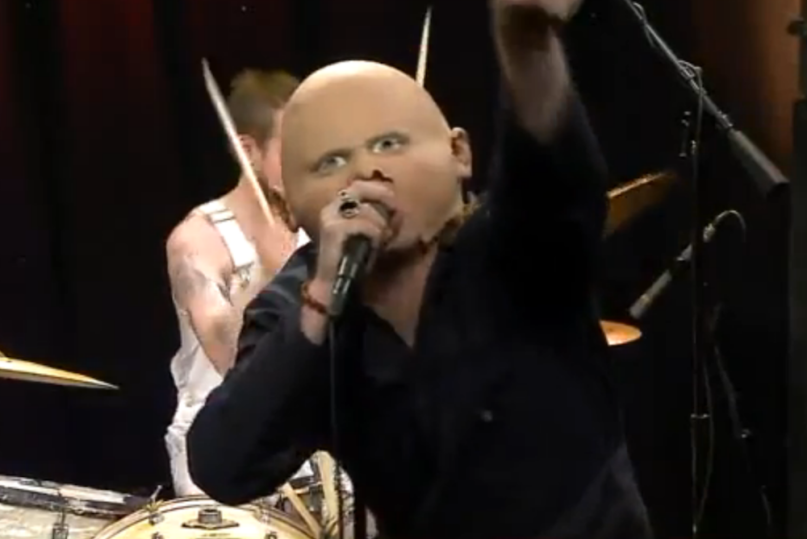 Last month, Ty Segall and his touring band the Muggers brought weird face paint and unexpected audience goodies to the Late Show, effectively scaring the pants off host Stephen Colbert. As Stereogum points out, the prolific garage rocker continued his bizarre antics this morning during a totally random performance on the local morning show of Chicago’s WGN network.

Freaky as ever, Segall — donning an oversized baby mask like the one on the cover of new album Emotional Mugger — crawled creepily onto the stage to the sound of wailing children. He stayed in character for most of the band’s run-through of savage LP track “Squealer”, occasionally pointing to the crowd like a maniac infant hell-bent on wreaking devilish chaos. Segall closed out the monster performance by repeatedly screaming the city’s namesake.

Segall previously appeared on the same program back in 2012; revisit that equally oddball appearance here.