A first look at Queen Hippolyta, General Antiope, and Menalippe from the DC Comics movie 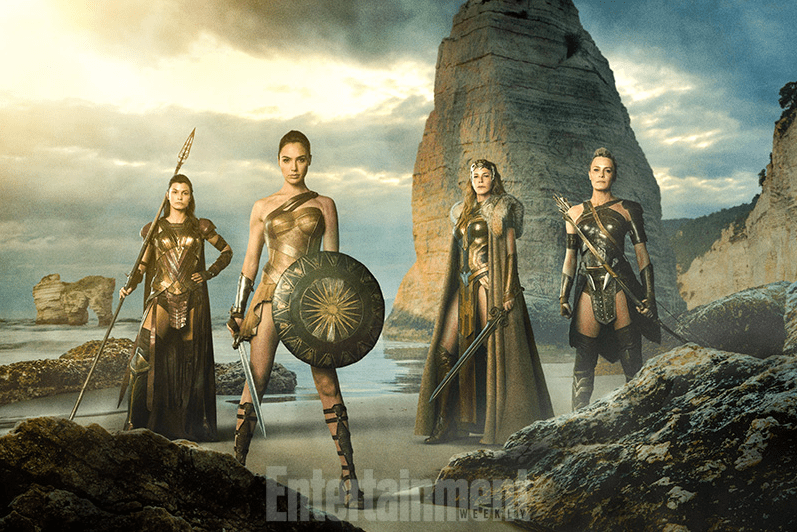 The trio of Amazons are responsible for training Wonder Woman, aka Princess Diana, the only child on the entire island of Themyscira. “She is the only child they raised together,” director Patty Jenkins told EW. “And their love for her manifests in a different way for each of them.” Though Gadot debuts as the character in BvS, Wonder Woman will be an origin story set around World War I and will see Wonder Woman rise to become the greatest of Amazon warriors.

A photo of Gadot in character first debuted back in November, with footage from Wonder Woman airing during January’s DC Film special on The CW. The film is set to open on June 23rd, 2017.