Why SXSW Will Never Be the Same After Obama

For better or worse, there's no going back for the iconic festival 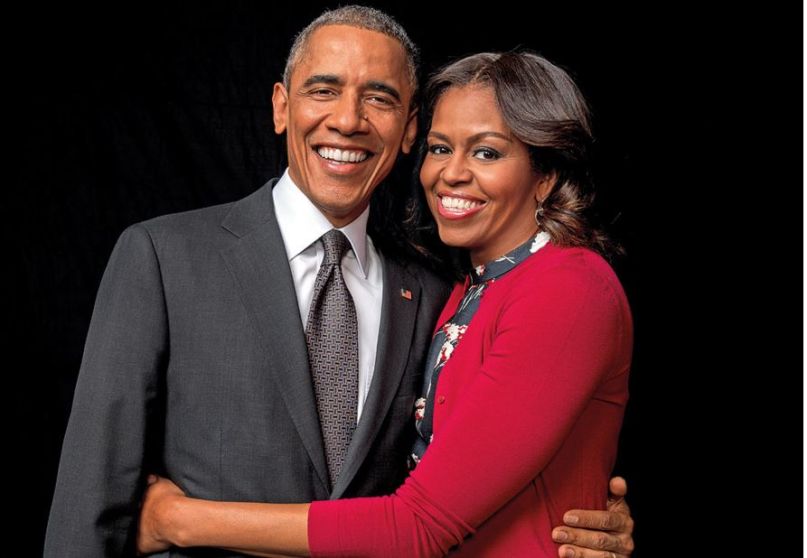 Hundreds of thousands of people from around the world are heading to Austin, Texas, for South by Southwest and 10 days of exhibitions, conferences, networking, brand activation, drinking, and maybe some live music. Steadily growing over the last decade, the festival has featured several big-name keynote speakers, including Bruce Springsteen, Lady Gaga, and Snoop Dogg. For 2016’s installment, the festival has moved in a different, groundbreaking direction by having President Barack Obama and First Lady Michelle Obama deliver the keynote address for both the interactive and music portions of the festival.

A sign of both the festival’s growth and evolution, the speech marks the first time in its 30-year history that a sitting US president and first Lady have been featured speakers at SXSW. President Obama will be speaking on the importance of civic engagement in the 21st century in regards to technology, followed by a speech at a DNC fundraiser featuring a performance by J. Cole, and Michelle Obama will speak on the Let Girls Learn initiative to promote the education of women around the world. SXSW is no longer the hub of music discovery it was years ago, and the presence of the Obamas only confirms the festival’s evolution from its origins. And there’s no going back.

Here are five ways SXSW will never be the same after the Obamas headline the festival.

SXSW Has Become More Than a Festival

SXSW has long been an important cultural event, and over the past few years, the festival has garnered major media attention as an event extending far beyond the music industry. However, for the past two years, SXSW’s biggest headlines have been troubling ones, from a miserably tone-deaf response to criticism by canceling a panel on online harassment of women to the tragedy that struck the 2014 festival when a drunk driver killed four people and injured many more in an accident. On one hand, the festival has worked to downsize, with the city of Austin limiting the number of permitted events in each of the past two years. On the other, SXSW has been steadily growing, drawing bigger names in both media and business to its conference, culminating with the president and first lady. While the festival may be trying to decrease the sprawl of free shows, its rise in stature is now undeniable with the attendance of the Obamas. The fact that Obama is even missing Nancy Reagan’s funeral to give his keynote speech is further evidence of how big an event SXSW has now become.

SXSW Is No Longer About the Bands

SXSW has become an important event for not just the music and film industries, but for the hundreds of major tech companies who use the festival to make major announcements, share strategies, and develop initiatives with others in the industry. Whether it’s comedy, media, food, education, or politics, key players in many fields converge at the festival for the week. Having the Obamas participating cements the event’s importance on a global scale, acknowledging that while music may still be a big draw for many of the people who make the trek out, it is no longer the primary focus of the week. Corporate sponsors and businesses have been a part of the underlying fabric for years now, and the gradual shift away from its more independent roots has led SXSW to become a widely recognized institution. In the past five years, SXSW has gone from a festival that makes headlines for riots breaking out at Death from Above 1979 reunion shows to one where the Secret Service will be stationed throughout the city.

SXSW Has Become a Tool for Social Change

It’s strange to note how many different types of events fall under the umbrella of SXSW. With its growth, there are still websites that pop up each year to help you RSVP to all the free parties, people still watch their inbox closely hoping for a Fader Fort invite, and there are plenty of unofficial shows where you might catch a bunch of hardcore bands or Wolf Eyes playing near a university. When you hear the president speak about it, though, he calls SXSW an annual gathering of “some of our most creative thinkers, coders, makers, and entrepreneurs across the country.” The aim of his speech is to get people in the tech industry involved in modernizing government and focusing on innovation. While SXSW may feel at times like it’s splintering into many different, loosely related festivals in the same city, Obama’s speech makes it clear where the priorities lie for SXSW as an establishment. That the President believes that SXSW is the place to make his message heard signals a shift in focus away from the parties and towards the event being a tool for social change.

SXSW Can No Longer Ignore Its Impact on Local Politics

SXSW has a tremendous impact on Austin, with 2015’s economic impact study estimating that it brought $317 million into the local economy. One of the city’s biggest events of the year, SXSW directly impacts local politics in ways that have been felt more than ever in recent years. 2014’s tragic accident led to conversations and initiatives around drunk driving that not only changed the number of permits the city gives out, but it has also been used as a talking point in recent battles between the city and ride-sharing companies like Uber and Lyft regarding proposed regulations. SXSW has also had a large impact on issues involving gentrification, including a highly publicized incident last year wherein a local pinata store was unexpectedly demolished by the landlord to make way for an unofficial SXSW party (which was later canceled as a result of the controversy). Austin is often touted as a liberal oasis in the South, but like any major city, it has a number of issues from a long history of segregation to the recent election of Travis County chairman Robert Morrow, a politician whose Twitter feed is so reprehensible that it was the subject of Sunday night’s latest take down by John Oliver. While the Obamas may not be speaking directly about Austin, their presence should bring increased attention to not only the draws of the city and its relationship with SXSW, but the challenges involved as well.

SXSW Will Only Get More Disruptive for Local Residents

Perhaps a minor point compared to the longer-lasting implications of the Obamas speaking at SXSW, but their inclusion will undoubtedly create more congestion and disruption for the city. Traffic in Austin is a nightmare on a regular basis, and that’s only amplified when SXSW brings in hundreds of thousands of tourists to the city. Throw in the president and secret service detail in the middle of downtown, and it’s all but guaranteed that the week will bring in even more crowds and gridlock to an already over-crowded city. SXSW is an exciting event that caters to everyone: professionals trying to network, students trying to enjoy spring break by partying at venues serving free drinks, and music lovers who stand in line for 30 minutes to see bands who come from Europe and rarely play Texas in a room of disinterested industry professionals. For many, the annual festival is their only impression of Austin and what it represents. While SXSW is inextricably tied to its hometown, it’s still a disruptive event on a massive scale that doesn’t quite offer a true representation of the city and what it has to offer, in both positive and negative ways. Having the president in attendance will only further reinforce that notion. SXSW has moved far, far beyond its initial concept, and for better or worse, there’s no going back.