An important reminder that underdogs can change the world 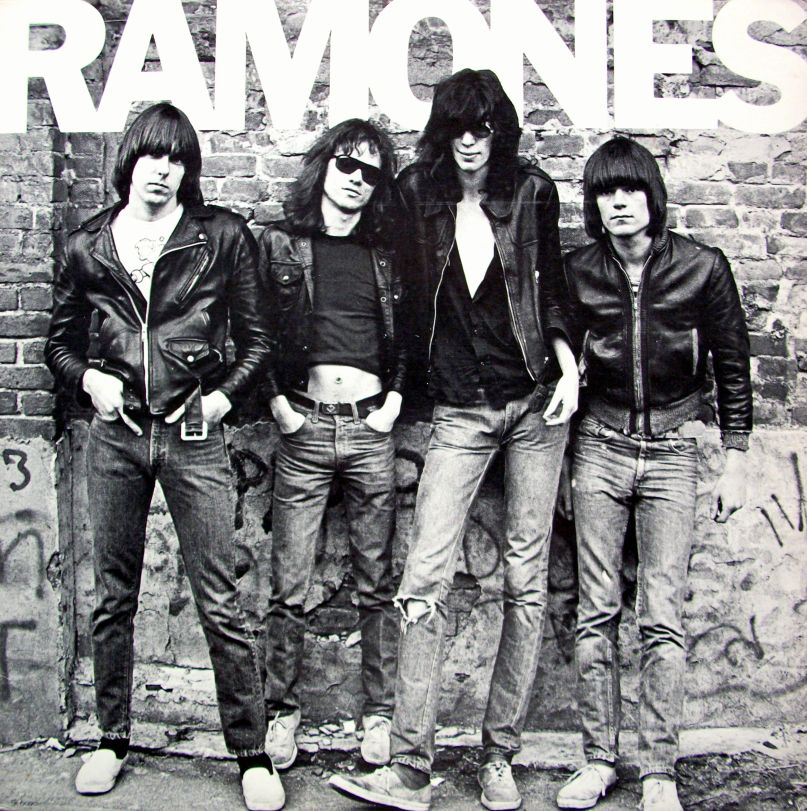 Have you ever heard a song so dialed in to everything you know and love about rock and roll that you’re left with no choice but to think it was made specifically for you? For punk enthusiasts, “Blitzkrieg Bop” is almost assuredly one of them. It’s just impervious to time, too catchy, simple, and dumb in the most flattering way possible for it to ever wilt or grow stale. If it’s true that rock and roll is fun, not brain surgery, then here’s your unassailable proof.

For dye-in-the-wool punk rock fans, there’s no such thing as a good or bad time to listen to the Ramones. At some point, the band just becomes a part of your musical DNA. They defined punk the same way The Beatles did pop or Black Sabbath did metal. You can’t help but hear traces of their sound everywhere. Still, rarely has there been a better time to properly eulogize the New York legends than this month. The past weeks have given fans a lot of reasons to reflect, not only because the band’s landmark 1976 self-titled debut turns 40 today, but also because this weekend marks the 15-year anniversary of Joey Ramone’s passing from lymphoma.

Some people remember where they were when JFK was shot or when Neil Armstrong took man’s first steps on the moon. Those were years before my time, but I’ll tell you this. I remember sitting in the Wrigley Field grandstands with my dad when word filtered through to me that Joey had died. It was Easter weekend, and we were passing through Chicago on the way to Milwaukee for a college visit at Marquette University. I don’t remember exactly how I heard the news — this being a good three years before social media and maybe six before smart phones — but it sunk me like a ship. In retrospect, maybe I made too much of it at the time, but then again maybe I didn’t. Maybe this guy, this band, mattered that much. Is that possible?

Yes it is, and yes they do.

If you believe that music is something worth treasuring and its loss equally worth mourning, then the passing of Joey, Dee Dee, Johnny, and Tommy over the years mattered in a very real way. Yes, they arguably created punk rock, which in and of itself is reason enough for fans to pay their respects. But for all the credit that’s rightfully given to the band’s understated but massively influential contributions to popular music, that’s really only part of what makes the Ramones so special. The Ramones matter to people because they lived out a dream. In 1976, when rock and roll was big and its inhabitants seemed to exist on a higher plane far removed from its fans, four dopey, defiantly average guys from Forrest Hills, Queens made a record. In the process, they more or less took a sledgehammer to the idea that you had to be larger than life to make it in rock and roll.

Everything leading up to the release of Ramones happened pretty fast. The band was playing shows around New York by the middle of 1974, and by September 1975 they had a demo in place. The tape, which featured early versions of “Judy Is a Punk” and “I Wanna Be Your Boyfriend”, eventually caught the ear of Sire Records, whose president, Seymour Stein, wasted little time signing the band to a contract. By February 1976, the band was in Plaza Sound Studio ready to lay down the 14 bite-sized punk rock blasts that would shake the music world to its foundation.

Ramones’ crude simplicity can be defined in a number of ways, but to start, let’s look at some basic metrics. The record was recorded in one week for $6,400, a pretty paltry sum of money even for 1976. The album cover reportedly cost just a shade over $100, although even that seems expensive when you look at the final product of four guys standing against a brick wall. That hardly measures up to the grandeur of other album covers of the era, like Rush’s 2112 or Rainbow’s Rising, but it said everything you needed to know about the Ramones. This was street music stripped of pretense and bombast, and the photo waved a flagrant middle finger in the face of the rock and roll excess that surrounded it. Leather jackets, jeans, and Nikes. The band’s look and attitude was both timelessly American and, at the same time, frighteningly unique. Everything was in place for a record poised not only to break ground on a new sonic frontier, but also upend the stodginess of a music industry that had grown too bloated, too fat for its own good.

It’s been said that everyone who saw the Velvet Underground went out and started a band. But with the Ramones, fans didn’t just walk away wanting to start a band; they left with a strange feeling that they could actually do it and succeed. After watching bands like Toto, Kansas, and Boston define rock and roll through much of the 1970s, the Ramones lowered the barrier of entry. Here they were, four guys from the neighborhood occupying a world that for years industry politics dictated they couldn’t have any part of, either because they didn’t have the looks or charm to join rock and roll’s exclusive club. Imagine being 21 or 22 and watching that at CBGBs, Max’s Kansas City, or anywhere else in the US or Europe, and it’s easy to see that the Ramones’ most enduring legacy is arguably the feeling of possibility they instilled in countless aspiring musicians.

The band’s everyman charm wasn’t a front, but something that percolated its way through everything they did — not the least of which included the music. Ramones served as the vessel the band used for mapping out its plan of attack. “Blitzkrieg Bop” is as iconic a song as there is in popular music, its three chords and meatball lyrics an anecdote to the big, overindulgent classic rock sounds of the era. “The kids are losing their minds,” Joey sings. More than a catchy lyric, it’s the sound of a siren. “This is what’s happening now,” he’s telling listeners. “And it’s real.”

“Blitzkrieg Bop” gets considerable and well-deserved attention for mapping out the Ramones’ blueprint, but the rest of the band’s debut charts the same loud, simple, hopelessly addictive punk rock course. The band uses the three chords in its tool box without exhausting them, proving the elasticity of punk music in the process. Lyrically, Ramones is bursting with boyish juvenility, most of which is skin deep. “Beat on the Brat”, “Loudmouth”, and “Judy Is a Punk” are almost gleefully base, while other songs are little more than simple declarations of insubordination. Now you wanna sniff some glue, Joey? Noted. You don’t wanna go down to the basement? Fine with us.

But the record’s overt brattiness shouldn’t undermine the fact that beneath the snot, the Ramones are full of heart. “I Wanna Be Your Boyfriend” dials down the freneticism in favor of some boy-girl pining, proving that even tough guys have soft spots beneath their rugged veneer. But the band also knows how to have its cake and eat it too. “Listen to My Heart” and “Today Your Love, Tomorrow the World” are as pumped up with sugary energy as anything else on Ramones, even as Joey wears his heart on his sleeve.

Ramones’ influence continued to grow over time, even after the immediate hype surrounding punk rock’s first wave died down as new wave came to prominence. Beneath the surface, bands near and far were putting the band’s sound and attitude to good use. Punk’s second wave was defined by its nihilistic rejection of mainstream rock’s standard operating procedures, as bands started their own labels, created their own scenes, and made their own DIY networks. Bands like Black Flag on the west coast and Minor Threat in DC moved the Ramones’ sound into what would become hardcore, but they were just as inspired by the band’s blue-collar roots. Years later, the band’s influence helped bring overwhelming mainstream success to a whole new generation of punk bands, chief among them Green Day, the Offspring, and Rancid, the last of which helped celebrate The Ramones’ farewell as part of the 1996 Lollapalooza tour.

I think about all of this now when I think of the Ramones. I remember being 12 years old and unwrapping the packaging on Ramones, not knowing that I was about to unlock the key to everything I would understand to be cool, fun, exciting, and good about music. I can’t help but think I’m just one of many who listened (and continue to listen) to that record with a smile and a feeling of hope. When life gets too big and the odds seem insurmountably against your favor, play this record and remember for a minute that underdogs can change the world.