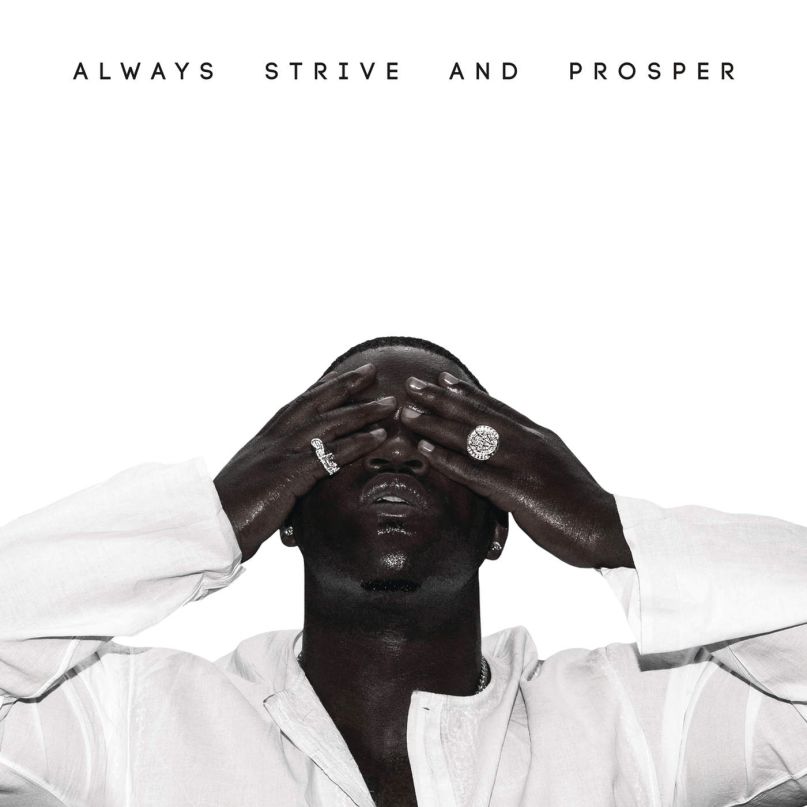 Making that giant step from supporting star to leading man is a tough thing to do. It’s damn near impossible when you’ve already been pegged as the deputy. Juelz could (and should) have been a star, but he could never have been Killa Cam. G-Unit made being 50 Cent’s weed carrier a viable career move. And it’s tough to gauge Pippen’s accomplishments without stacking them next to Jordan’s. None of this is to disparage these guys. It’s just that their legacy will always be shackled to another.

So what of ASAP Ferg? As Rocky and the sadly departed Yams helped usher in a new wave of East Coast inventiveness with their hollowed-out, Southern-washed sound, Darold Ferguson, Jr. positioned himself as the most likely member of ASAP Mob to harness the brand into a singular rap career. The Harlemite won’t accept his fate as second in command, and why should he? His granite voice and formidable flow channel the spirits of Biggie, Big L, and a dozen other New York legends. He sounds great on a hook. Plus, he’s kind of weird, making hard-as-nails gangster rap tinted with an appealing irreverence. Forget the sidekick theorem. Maybe Ferg could be the rap Kato, the Green Hornet’s loyal accomplice who pulled off the mask, jumped over a continent, and became the most lauded martial arts star of them all: Bruce Lee.

Always Strive and Prosper is a record with widescreen dreams. Stylistically, it’s a giant leap from Ferg’s RCA debut, Trap Lord, and its concrete walls and blood-soaked narratives, as he tries to balance his own of brand knuckle-duster rap with bombastic EDM, slinky R&B, and other more chart-friendly sounds. It’s the classic reach-for-radio play that feels forced and ill-suited. A lot of songs here will crush leaner joints when played back-to-back on the radio, but aren’t much fun when you turn up the dial.

“Hungry Ham” reunites Skrillex with the mob after Rocky’s “Wild For the Night”, but the wacky electronics that made that track such a riot are replaced by stuttering, jittery yelps that grate on the ear. “Strive” opens with some smooth 16-bit jazz before building into the kind of faceless club joint indistinguishable from the hundreds of other late-night dance floor numbers. It’s music for when you’re too drunk or stoned to take in anything but a thumping beat. An ASAP Ferg-Missy Elliott collaboration sounds interesting on paper, but not even a guest spot from the greatest club commander of them all can get “Strive” to ignite.

Missy aside, Always Strive and Prosper runs the typical major rap label playbook of guest stars. Rick Ross? Check. “Swipe Life” sees Rozay and Ferg boast about their riches from the comfort of the club VIP area. Future? Check. Last year’s MVP jumps on the blaring horns of “New Level”, but his flow lacks form and the track is hampered by an overly repetitive hook. Chris Brown? Well, he shows up on “I Love You”, one of the syrupy joints that hark back to the noughties, when rappers were regularly putting out ballads as singles. Big Sean, Ty Dolla $ign, French Montana … there are big names all over the album, but in handing over a huge amount of minutes, coupled with the constant shifts in tone, Ferg fails to fully impose himself on the project.

The album’s best moments come when the rapper ceases the commercial box-ticking. “Psycho” and “Let It Bang” form a two-part ode to Ferg’s uncle, a ’90s vet who struggled with addiction and homelessness. Malt liquor in brown bags, cold park benches, dusty old Wu-Tang joints — both tracks boast highly personal writing built through minutiae and filtered through hip-hop history that makes you wonder if Ferg has an East Coast good kid, m.A.A.d city in him.

“Don’t get it confused uncle Psyc, I love you to death/ Just want to get a couple of things off of my chest/ Growing up you were always buck wildin’ with stress/ I’m older now, I don’t know how to forget,” he croons on “Psycho”, the bare emotion balanced by the shoot-the-lights-out flow Ferg deploys on the thumping, Lex Luger-produced “Let It Bang”. ScHoolboy Q guest stars, attempting to mirror Ferg’s cadences step-by-step, but there’s no doubt who leaves the biggest impression here.

There are other highlights. The dark sirens of “Uzi Gang” and trunk-rattling Migos collab “Back Hurt” drop Ferg back into the brutality of Trap Lord, an album that was a far more accurate document of the rapper’s artistry. In contrast, Always Strive and Prosper doesn’t play to Ferg’s strengths. It feels more like album made by a big label committee, carving up a talented rapper piece by piece and stripping away everything that makes him special. If stardom outside of the ASAP chamber is what Ferguson craves, he’s more likely to get there by making music on his own terms.