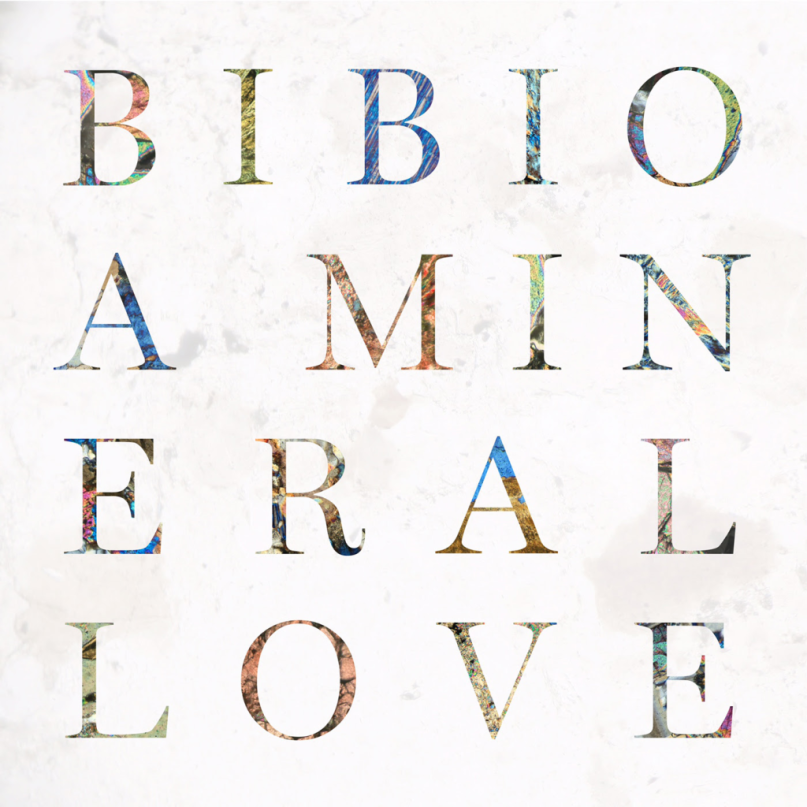 It’s been six years since Bibio’s Stephen Wilkinson released Ambivalence Avenue, a musical anomaly that’s at once brilliant and damn near impossible to replicate. To the latter point, Wilkinson has avoided replicating the glitched out folk head-trip of that record in his three releases since. That decision has also caused much of his work since to feel largely disjointed or directionless. There’s no doubting Wilkinson’s virtuosity, as evidence by those moments where the endpoint is clearly in focus.

With his newest release, A Mineral Love, Bibio sounds less sprawling and tedious than on his last couple of records, resulting in an album that in many ways reminds why his artistry demands attention. Condensing layered sounds into beautifully brief moments, A Mineral Love opens with the two-and-a-half minute “Petals”. At his best, Bibio works in these small spaces, allowing fragments of sounds and samples to construct the whole of a record. It’s a power that could just as easily hamstring the music were it not for the fact that Wilkinson, even with his missteps, still knows what the hell he’s doing.

“Petals” calls to mind Ambivalence Avenue, wherein the music is deceptively fragile and light but still manages to carry a significant amount of weight thanks to Wilkinson’s slightly distorted, dark tenor. Songs like “Feeling” and “Why So Serious” (featuring vocals from Olivier Daysoul) fully embrace R&B, funk, and soul, at once magnetic but disconnected from the more muted temperament of the album’s entirety.

To that end, the songs that take most of the wind out of A Mineral Love are those involving guest artists. Though not a criticism of an artist like Daysoul, Gotye, or Wax Stag, these songs push Bibio into an inadvertent backdrop. While all three artists are undoubtedly talented in their own right, their addition here feels like a last-minute graft over what would otherwise be a solid offering from Wilkinson.

The dreamy organ haze of “Raxeira” and the oddly funky single “Feeling” are some of the artist’s catchiest and most memorable to date. A Mineral Love isn’t perfection, but it’s a welcome deviation from the more plodding attempts in Silver Wilkinson and Mind Bokeh. Even at his most completely uneven, Bibio’s work is distinctively his own and rarely if ever mistaken for that of anyone else’s.

In that regard, A Mineral Love isn’t a triumph or return to greatness. But then again, Bibio’s music, at its best, has been the antithesis of any kind of adornment. The UK native’s best groove is the quiet, ethereal one where the music sleepwalks to synths and a sample-driven backbeat. A Mineral Love fails when Bibio overcrowds the music or gives over the reins. For those moments when he stands confidently at the helm, however, the record becomes his best in years.

Essential Tracks: “Petals”, “Raxeira”, and “Light Up the Sky”