Legendary band's latest is a casual, if apathetic, curtain call 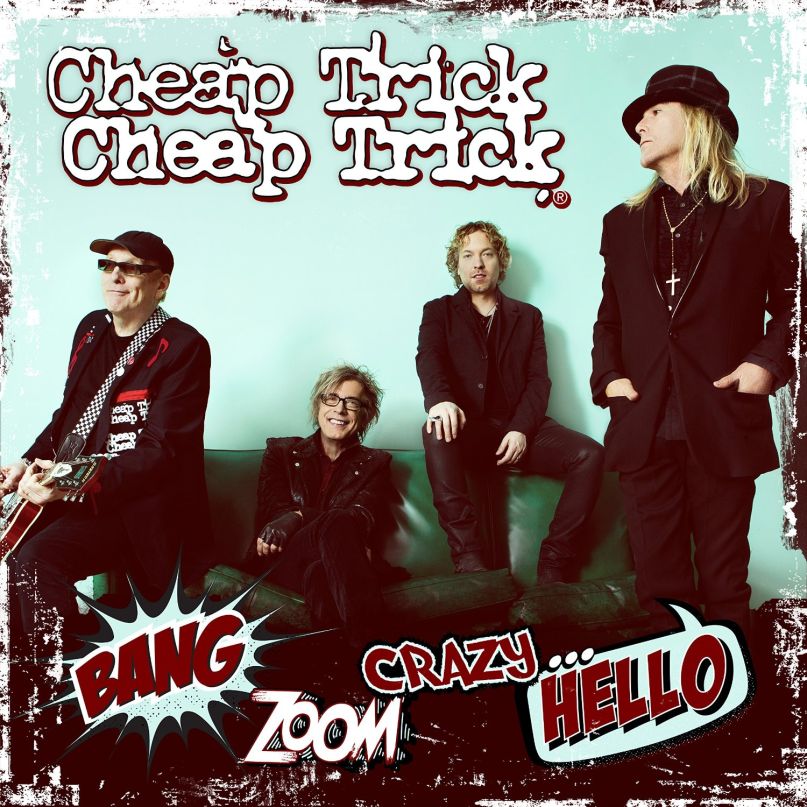 Cheap Trick have nothing left to prove. They are about to be inducted into the Rock and Roll Hall of Fame as one of the most successful guitar pop bands of all time, their hits firmly cemented in the canon of American music. The Illinois quartet reached their peak during the ’70s with anthems like “Surrender” and the inescapable “I Want You to Want Me”, though they would also cast a looming influence over the big guitars and big hair of the ’80s. Mötley Crüe’s Nikki Sixx would credit Cheap Trick as his biggest influence; the flashy flowing locks of Robin Zander and Tom Petersson combined with the hook-laden guitar work of Rick Nielsen create an irresistible combo for hormonal boys and girls raised on FM.

But as the MTV era pilfered Cheap Trick’s appeal, the band itself struggled to maintain its relevancy. They had some minor hits like “The Flame”, but a string of critically disappointing albums saw Nielsen compromising as a songwriter, settling into the AOR schlock of the time (a path Eddie Van Halen would also take with Van Hagar). A lack of creative urgency mars most of Cheap Tricks’ post-Dream Police output, the band’s legacy hinging on their classic material. Their career trajectory is no different than most legacy rock bands who settle into creative comfort amidst a lifetime of royalty checks and touring.

Cheap Trick has returned to its power pop roots in later years, but it all feels vapid and corporate (especially without Bun E. Carlos, who left amid disagreements and a lawsuit against the band). Bang Zoom Crazy … Hello drops in convenient accordance with the Hall of Fame induction, though its unlikely anybody will be shouting for these songs during their celebratory performance. The ingredients are here — Nielsen’s guitar is cranked, his tone is the classic gold of old, Zander sounds fine for his age — but the songwriting is a half-formed recollection of Cheap Trick’s finer moments and throwaway lyrics.

Like workmanlike professionals, Cheap Trick knock these songs out like trained professional studio musicians. Perhaps it’s the absence of Carlos that renders the performances so safe and stale. Without his stellar playing and strong arranging, rock ‘n’ roll in the Pro Tools era can turn dull fast: Plug in, record, clean it up later. Bang Zoom Crazy … Hello feels like one of those projects. “No Direction Home” touts pleasant chords and a distinct psych flourish, but the track passes unassumingly, like a Cheap Trick song you’ve heard before but can’t remember. The clappy “Blood Red Lips”, the ballad “Sing My Blues Away”, the upbeat rocker “Roll Me”: They all sound like Cheap Trick songs you’ve heard before but can’t remember. And that’s because they’re not memorable. Archetypal to a fault, the band are repeating themselves musically.

The songwriting is boring and inoffensive, but the lyrics really sterilize the record. Some of the lines on this record are bafflingly plain (“I got someone to hold me and I like it” … “I want to be your man, do it like no other can”). They read like tossed off rhymes meant to fit the vocal melody, to be replaced later. Only on the bluesy “The In Crowd”, the album’s definite highlight, do we get the wry commentary and humor of Cheap Trick’s best work as they turn the Dobie Gray song into a rocker. “I don’t care where you’ve been,” Zander croons. “You ain’t been nowhere till you’ve been in.” A synth overdub calls back to “Surrender” in homage.

Nothing else on Bang Zoom Crazy … Hello stands out. It’s all tasteful and clean and average: Cheap Trick’s casual curtain call. It certainly does nothing to damage the band’s legacy. They are totally deserving of their Hall induction and have long since done their part for rock ‘n’ roll. Now they’re on cruise control. Perhaps deservingly so.

Essential Tracks: “The In Crowd”