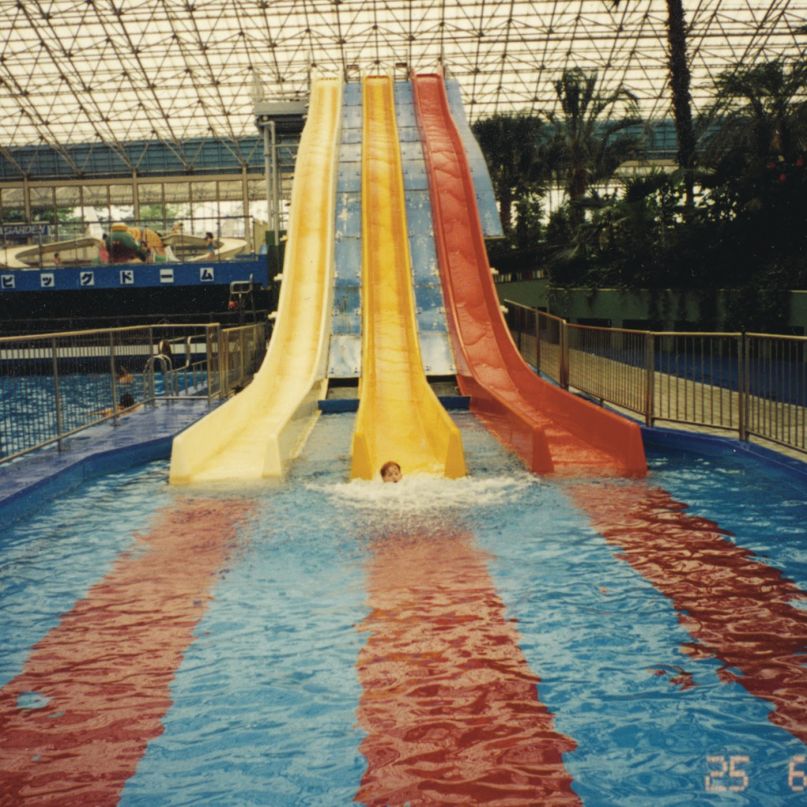 It’s hard to know what you want to do, but it’s even harder to accept not knowing and fork total control over to serendipity. Former jazz guitarist, now multi-instrumentalist Dave Harrington is caught somewhere between the two. On new full-length Become Alive, Harrington pulls a dozen musicians on board to tread through what it means to be present — or to at least try to be. That’s what he tried out on his first solo EP, Before This There Was One Heart But A Thousand Thoughts, back in 2014. That balanced electronics with the freedom of jazz, exploring not where he wanted to go, but where he felt he should go. It felt guided yet confident — complete with a solitary bass track that did little to hide its feelings towards Jaco Pastorius — in its talkative electro-jazz. It captivated you, even if you didn’t know what it was talking about. Become Alive, however, is muffled rambling that only rarely becomes clear enough to wow you, though a truly alluring pulse is hidden beneath the fog if you’re able to clear away enough smoke.

While he was busy performing beside Nicolas Jaar as the short-lived but much-adored Darkside, Harrington was busy mixing and editing Become Alive during downtime, seizing the height of the duo’s career and injecting that live improvisation into the crystalline production of his solo album. “White Heat” begins with ominous bass and unnerving strings, building up towards the type of inverse drop Jaar perfected long ago. Then the thick swan song of an oversized tenor saxophone calls out, surrounded by water noises and warbling feedback, on “Slides”. The songs are rich in sound, but their waltzing gets tiring after a while. You tune out. Your mood dissipates. You hear it, but you aren’t listening. There’s no more processing or engagement on the listener’s end. Without a leader — or, at the very least, an interaction between two or three instruments — the sound grows stale.

So if you don’t quite know where you’re going and you don’t care where you’re from, where is it exactly that listeners are walking? It’s all about direction when it comes to jazz. It’s about the journey, the way you feel and the sights you see. If it weren’t for tentpole “Cities of the Red Night”, the only fully developed track on the album, we’d be left bumping into our fellow molecules in some vaporous, unidentifiable mass that has yet to decide what it will be. Over the course of five minutes, a thumping bass warps itself while wood chimes shake and a ringing grows louder in your ear. Mid-song, percussion takes hold, shifting the tempo into a yawn-like stretch, the wheels of a giant creation lurching forward, awkward and beautiful in its clumsy way. It quickens its tempo again in bursts, going into sprint mode through the surrounding sparkle and pop. It’s exciting at least, the type of material that sees Harrington’s personality come through with unbreakable radiance.

Become Alive does its name justice on two other tracks. The first, “All I Can Do”, channels latter-day Bon Iver with a celebratory, springtime rhythm section and horns that squeal with life. If Justin Vernon felt it was time to prove his jazz knowledge, he would ask Harrington if he could hop on this partly gaudy, fully uplifting improvisation. The second, “Spectrum”, revels in Darkside days, placing the emphasis on gloomy electronics and the dynamic between whole rests and twinkling sixteenth notes. They’re full of life, something we fail to see consistently on record but did catch a glimpse of in bonus track “Social and Folk”.

For an album that boasts personality as its centerpiece, Become Alive feels strangely lacking. The album’s ten-minute title track trusts too heavily in free-minded collaboration, Harrington’s jazz training chasing ’60s studio techniques that avoid true re-sculpting. There’s something to be said for organics, but that conversation isn’t happening here. Become Alive compensates by pinning three powerful songs to its tracklist, but the rest feel like scraps unintentionally left on the inspiration board. Though let’s be clear: Technically, Become Alive is loaded with impressive instrumentals and musical theory layerings, the kind of work you learn in school and aim to implement in non-egotistical ways. In action, it’s so zoned out that what little stress it carries — like horse hooves on “The Prophet” — doesn’t actually feel stressful. It’s personal mainly in the literal sense of it being his solo debut. Harrington forgot to let his personality drive things, the group-work resulting in a rudderless drift.

Essential Tracks: “Cities of the Red Night”, “All I Can Do”, and “Spectrum”