Guided By Voices – Please Be Honest 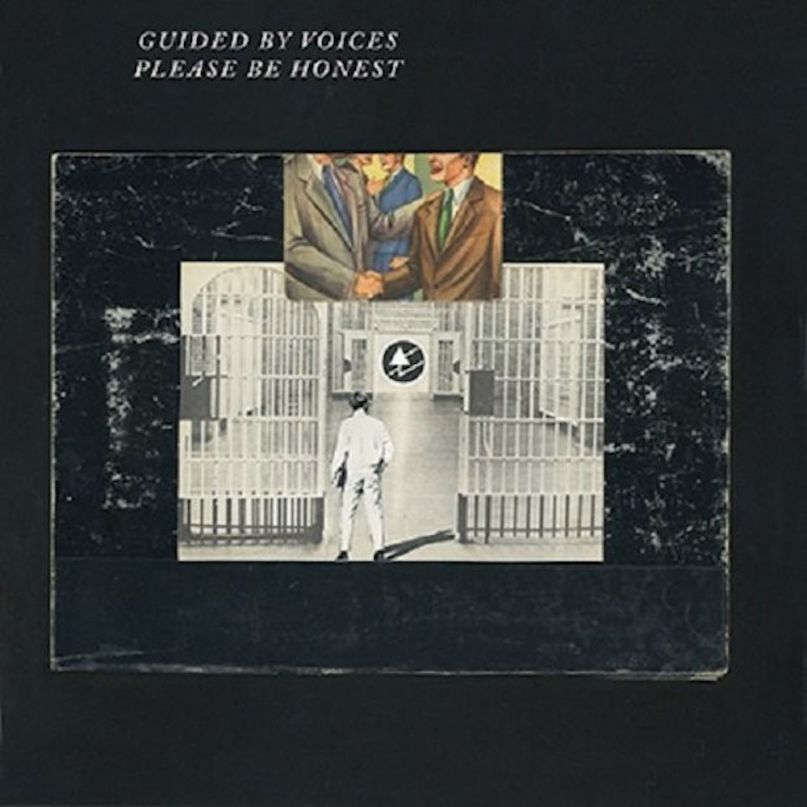 It’s hard to imagine today’s indie rock landscape without Guided By Voices. Decades before we had Bandcamp bedroom recording prodigies like Car Seat Headrest and Alex G, GBV songwriter Robert Pollard was setting the standard for lo-fi rock opuses with works like Bee Thousand and Alien Lanes. Since those early days, the band has had many incarnations and resurrections, most recently breaking up for the second time in 2014. Throughout those years were sonic leaps like 2001s sleek, power pop fanfare Isolation Drills and recent studio forays with records like 2014’s Motivational Jumpsuit.

The only constant throughout has been Pollard, and on the band’s latest reunion record, Please Be Honest, he is the only member to actually appear. Despite releasing numerous solo albums as well as performing with projects like Circus Devils and Ricked Wicky, it’s curious why he would pick this material to be put out under the GBV moniker. Regardless, we now have the 22nd entry in the GBV canon and it speaks to much of what came before it.

In many ways, Please Be Honest is a throwback to the early era of GBV. It’s production is brash, channeling garage acoustics and deceptively sparse arrangements. The band’s early work echoes in surreal imagery, endless hooks, and grainy sound quality. Guitars blare with distortion on tracks like “Glittering Parliaments”, but sound hollow in the ramshackle mix. It’s an aesthetic that won over early fans, but is not as neatly executed here. At once it’s a return to form, but GBV has also never really been about that. After years of exploring new ways to highlight Pollard’s songwriting, going back to the start doesn’t sound as thrilling.

However, Pollard doesn’t stop experimenting with his craft. He continues to out-weird himself with the blaring, acoustic romps “The Caterpillar’s Workforce” and “The Grasshopper Eaters”. Sometimes these experiments fall short, like the dizzying “Sad Baby Eyes”. Like some of Pollard’s best work, though, “Eye Shop Heaven” taps into some dormant emotions. Even when it’s not clear exactly what he’s talking about, the delivery and melody feel resonant.

That’s the legacy that GBV will leave behind. Many bands who reach this point in Pollard’s career could stay dormant and play the reunion circuit, yet he’s continued to relentlessly move forward. As previously noted, this is the 22nd GBV album. Like the 21 previous records, Pollard continues to explore sound in new and weird ways. Even though the music often has a nostalgic quality, it’s not a crutch he relies on. While Please Be Honest shares production quality with his early albums, they feel entirely different in execution. His aged voice has a lot to do with this, immediately giving new context to his words.

The sharpest points on the record come when Pollard gets to be the eccentric, indie rock guitar god that he’s always deserved to be. It’s easy to imagine Pollard alone in the studio recording each part, layering on top of his own work. That’s what Please Be Honest really is — another layer on the work he’s done. Taken on its own, it’s a fine if not slightly disappointing work. But looked at within his prolific catalog, it paints a picture of a musician who will never stop experimenting and will likely continue to make music until he physically can’t anymore. GBV was founded with those relentless notions and that’s all the qualification this record needs to stand tall under the band’s moniker.