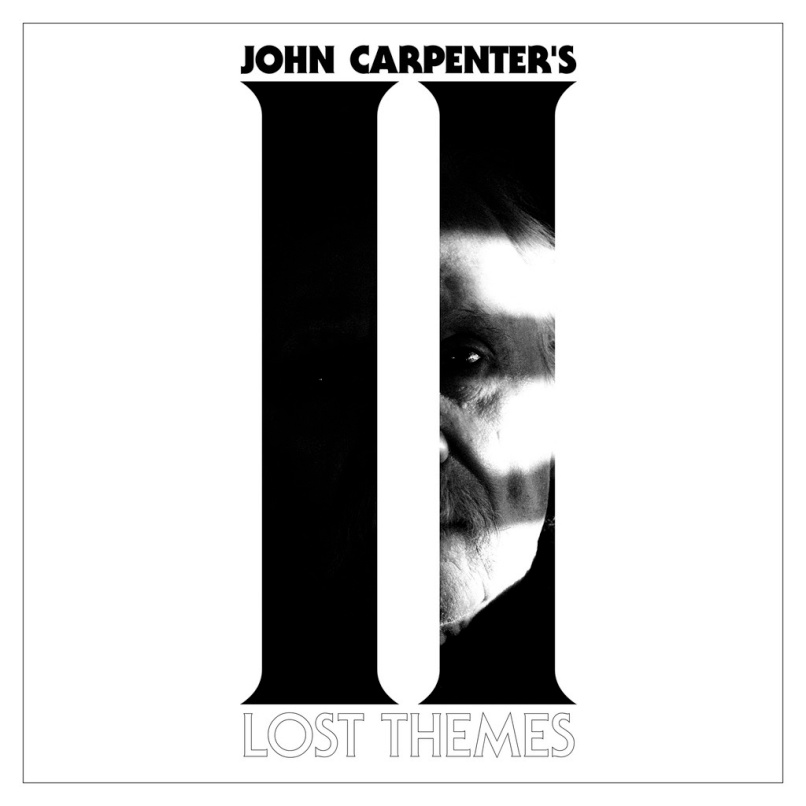 It’s funny how John Carpenter couldn’t be further removed from his own creations. For years, he carved out hypermasculine anti-heroes, mostly in the visage of Kurt Russell, who stormed through his best pictures with questionable moral codes yet steely determination. The Master of Horror, however, would be quite complacent escaping reality and focusing, instead, on an NBA game while he nurses a cold beer or a warm joint. And the last 10 to 15 years speaks to that Dude-like agenda, considering his only projects during that time were 2010’s The Ward and two stints on Showtime’s anthology series, Masters of Horror.

His debut studio album, last year’s Lost Themes, turned a new page for him, though. Working alongside his talented son, Cody Carpenter, he assembled an enviable collection of would-be scores, from the Tangerine Dream-esque “Vortex” to the celestial plundering of “Wraith”. It marked an exciting spin for the veteran filmmaker and composer, who, if he had any inclination to do so, would see that his work over the years has inspired both fields, from the likes of Ti West and Adam Wingard to SURVIVE and Italians Do It Better founder Johnny Jewel. In a sense, Lost Themes was a way for him to get us to all say, “Yeah, he’s still got it.”

And he still does: His followup, Lost Themes II, is another volume of ideal compositions. What the album lacks in singularity, it makes up for with a stronger sense of urgency. It’s louder, it’s heavier, and it’s jammier, all solid reasons for why he’d want to tour across the world this summer in support, as he’s currently scheduled to appear at Primavera, ATP, and dozens of venues throughout Europe and North America. Money talks, sure, but that’s a hell of a lot of lifting for a guy who prefers to spend his afternoons lost in a killer video game. No, his past two albums hint at a passion he hasn’t demonstrated in a long time.

Let’s be real: When Carpenter is on, he’s kind of unstoppable. While he’s always been polarizing with critics, few today will argue against his run from 1976 to 1986, specifically Assault on Precinct 13, Halloween, The Fog, Escape From New York, The Thing, Christine, Starman, and Big Trouble in Little China. Yeah, he gave us They Live two years later, not to mention the highly underrated Memoirs of an Invisible Man and In the Mouth of Madness come the early ’90s, but his creative endurance in that particular decade will forever be remarkable. When it came to cultish genre films, nobody could touch him.

(Ranking: Every John Carpenter Film From Worst to Best)

Much of that creativity bled into his own compositions, and there’s an argument to be made that a great part of his legacy has stemmed from those very recordings. They added to the worlds he created; they were a part of his signature. So much so that even the great Ennio Morricone found himself sitting in the backseat (see: The Thing). As such, sci-fi and horror nuts don’t just watch his work, they live it by taking those sounds with them everywhere. That’s an important distinction to make when it comes to Carpenter, and why Lost Themes and Lost Themes II feel so inviting, even without accompanying films.

Two albums in, he’s proven he doesn’t need the celluloid. Similar to Lost Themes, every track on the sequel feels like it’s been stripped out of the theater, but the cinematic qualities overshadow any need for an actual story. After all, the elements of his films are as loud as ever — the sexy paranoia of “Distant Dream”; the dystopian thunder of “White Pulse”; the bruised muscle of “Dark Blues”; and the climactic angst of “Utopian Facade” — so the enjoyment parallels what anyone might feel revisiting his past scores, only they’re completely separate from his filmography. In other words, you finally have your own soundtrack.

That joyful escapism was always the idea. As Carpenter told us last year, “Lost Themes refers to the fact that the music on this album is meant to score the movies in your head.” Which is why it’s so difficult critiquing this album; you either feel it, or you don’t. On a more critical and sonic level, though, there are some interesting nods, whether they were intentional or not. Fans of Jan Hammer’s work on Miami Vice will gladly drown in the meditative synths of “Hofner Dawn” and “Windy Death”, while those who still can’t stop shivering to Disasterpeace’s Carpenter-esque It Follows score can toss “Persia Rising” into the mix.

Again, Carpenter is no badass like Snake Plisken. He would never run around waving a gun like Dr. Sam Loomis. And he’s too laid back to get worked up like Jack Burton. But he knows how to sell those characters, enough that we feel the urge to wear their shoes (or eyepatch). That bizarre power is all over Lost Themes and Lost Themes II. It’s hard to listen to either album, especially the latter, without blurring the lines between dreams and reality. Just as Carpenter confidently intended, Lost Themes II soars on intimate surrealism, and for that, it’s another brilliant success. As they say, can’t argue with a confident man.