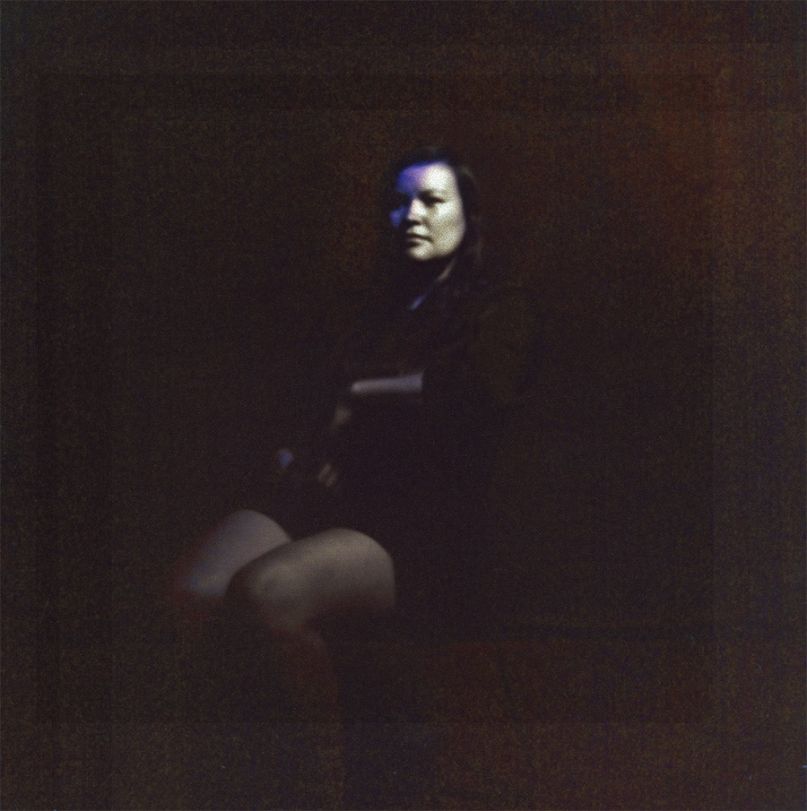 Psychedelia has become pop. It’s a genre where sunglasses emojis and peace signs go hand in hand, where your friends laugh from a high they pretend has peaked, where summer vibes never stop if you let glossy pop overtake the chorus. But what about the other end of the drug spectrum? What about the awful trips, the shadows that morph into monsters, the anxiety that chomps at your heartbeat, and the insanity that champions thrill in the weirdest ways? There’s something to be said for when things turn sour, and on Hold/Still, Montreal-based quartet Suuns embrace that openly. There’s no psychedelic catechism roping their wrists together. Free of taught rules, Suuns find krautrock in electronics and gloom in serendipity, yet they remain in control of the flux throughout for a full-course meal that’s as unsettling as it is worth returning to.

Hold/Still falls in love with obscurity. Holed up in Dallas, Suuns took three weeks to record the album and, by the sound of it, that heat began to bend their mental light for the better. Their best work combines grooves with oddities. The album does so with steady confidence, though don’t mistake the album title for a command. It’s a musing, a plea, and a safe word all at once. Hugging reaps as much direct feeling as the heightened awareness of staying still.

The unsettling croaks and shrill slides of guitar on opener “Fall” plunge into the heart of the matter. Guitarist/vocalist Ben Shemie toys with it all. His voice never rises above a firm answer, keeping a round tone that remains authoritative without needing volume to frighten those listening. The thundering bass on “Resistance” warps beneath his words and the eerie hum on “Instrument” mimics a bug lamp. Suuns make no effort to hide the jitters. Last year’s collaboration with Jerusalem In My Heart and the slow-burning warmth of 2013’s Images Du Futur took a safe route within psych rock — mainly by following the path of indie rock’s lovable song structures — whereas Hold/Still commits to the esoteric hypnotics like the purple flames of “Mortise and Tenon”.

Much of the record’s depth comes from the use of industrial noise. Walls enclose the entire scope of “Careful”, as thudding house music enters from a neighbor’s apartment. One of the record’s best numbers, “Paralyzer” swells with distant alarms, like a space station is about to implode. Woodblock, synth strings, and discomfiting wailing build enough tension to give listeners a panic attack. Suuns push themselves mentally on Hold/Still and they’re pushing you, too. It’s a weird sonic-turned-visual experience that leaves the listener fragmented and at once whole, roping you in for a virtual reality game that’s hard to look away from.

It peaks with “UN-NO”. Synthetic guitars bob underwater with each measure, growing into some organic noir nonsense. It fakes crescendos with enough sincerity to keep you plugged in, eager to find out what happens in the song, what happens to you, what happens in a bubble where the songs you’re hearing suddenly hijack your life and refuse to let you squirm out of their grasp.

John Congleton’s renowned control of musical virtuosities by way of technology is unparalleled. His touch can be found throughout the album’s intelligent editing. A single cymbal crash on “Careful” cuts short and is then spliced back in, as if someone offstage accidentally paused a pre-recorded track. “Nobody Can Save Me Now” preps for a dramatic plunge into the band’s musical black hole with its title, but leans back with a laugh, offering a lackadaisical romp instead. Steady pacing follows guitar strums while Shemie sings with the rhythm of someone dozing off on a porch. As the song progresses, a faint drone comes into the picture, electronic glitches stuck onto its side like the type of cheap, glittery, plastic stick-ons found in a toddler’s cheap arts and crafts kit. Suuns work alongside him to deliver their highbrow humor, too, most easily located in the inherent sarcasm of ending closer “Infinity” and its abrupt hiccup.

And yet, even with all of that technical nitpicking amidst a prevalent element of surprise, Suuns refuse to put down anything they can’t play as a live band. Overdubs are passé. The four remain honest with their work, and the work rises to the challenge as a result. With only three solo full-lengths to their name, Suuns show the talent of a band far beyond their age. “Translate” — a dance between guitar and drum akin to Battles, a spiral of vocals from Rubber Soul, and a krautrock groove spearheading it all — may sum it up best. They found a home in a world of weirdness and slow down the clock so it begins to look even weirder, melding the best sounds into some color Pantone couldn’t label if they tried.