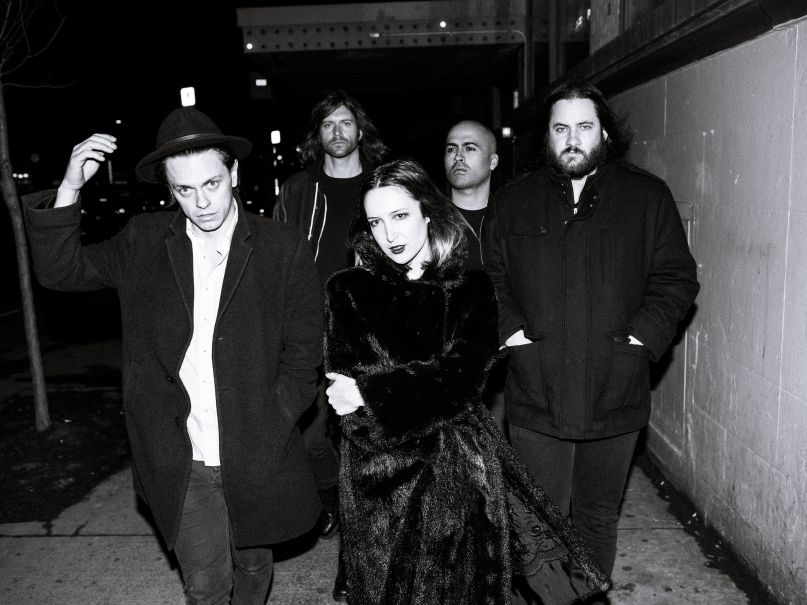 Canadian blues-rock outfit July Talk thrive on the tension between vocalists Leah Fay and Peter Dreimanis, the former of whom specializes in a fairly traditional pop croon while the latter sounds like Tom Waits on steroids. So it’s perfectly fitting that their new single is called “Push + Pull” and that it happens to emphasize this dynamic. The result is a strange kind of pop song that alternates between catchy and jarring. The beat is straight-up disco, but don’t expect to hear this one in the background at your local discotheque. As soon as Dreimanis bursts through the door with his trademark growl on the chorus, we know we’re in for something a little left field.

Good thing Fay and Dreimanis are perfectly happy setting up camp in that off-center pasture. They describe “Push + Pull” as “one of the most dynamic songs we’ve ever written. There was something intriguing about a verse that lies in a sort of ecstasy disco dream contrasting with such a big, heavy chorus that jolts you awake like a face-first plunge into ice-cold water.” Considering how many rock songs these days are content to exist in the land of “bleh,” we say bring on the ice water.

July Talk will release their forthcoming album later this year via Island/Universal Records. It follows their self-titled debut, which dropped in 2015. They’ll tour their home country behind the record after playing Atlanta’s Shaky Knees; scroll down to check out the band’s full slate of summer tour dates.