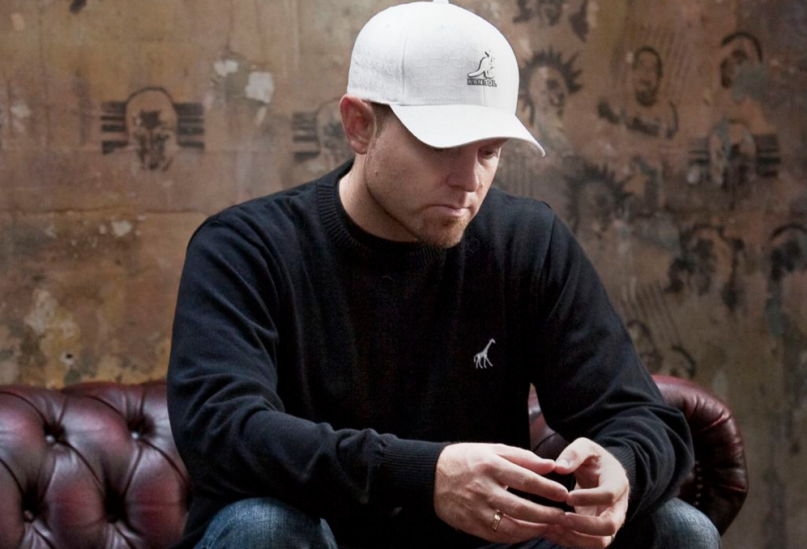 In December, DJ Shadow let loose a hypnotizing single titled “Swerve”, noting that it would appear on a forthcoming full-length. Today, he’s revealed the details behind the new album, his first since 2011’s The Less You Know, The Better. It’s called The Mountain Will Fall and hits shelves on June 24th through Mass Appeal Records.

According to a press release, the 12-track effort finds DJ Shadow “exploring new realms in addition to the deep samples and kinetic soundscapes that helped to launch his career 25 years ago,” adding that he’s made a shift toward more original compositions. Joining him on this journey are special guests Run the Jewels, Nils Frahm, and Ernie Fresh, among others.

As Pitchfork points out, the album’s title was taken from a series of tweets that DJ Shadow posted last July, the same day he announced he was hitting the studio to work on new material. “It’s like being at base camp and looking up at an unconquerable mountain; can’t dwell on the difficulty, you have to just start the journey,” he wrote. “One step follows the next which leads the way to the next. There will be missteps but as long as the vision is whole, the mountain will fall.”

For the Run the Jewels-aided “Nobody Speak”, DJ Shadow said he knew El-P and Killer Mike would be perfect for it as soon as he finished arranging it. “I was just like, that’s it, they’re the only people I want on this track.”

Our first taste of The Mountain Will Fall comes courtesy of its ambient title track, which can be heard in full below.

The Mountain Will Fall Artwork: