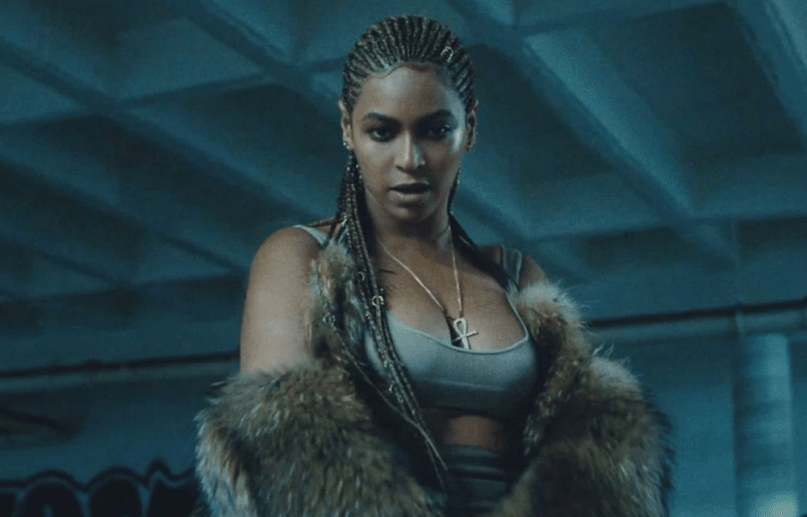 Saturday evening brought the surprise release of Beyoncé‘s new album Lemonade. The follow-up to 2013’s self-titled LP packs a who’s who of top-notch (as well as left-field) collaborators, including Jack White, James Blake, Kendrick Lamar, and The Weeknd. Additionally, Led Zeppelin, Yeah Yeah Yeahs, OutKast, and Animal Collective are sampled, past collaborator Boots is listed as a producer, and both Vampire Weekend’s Ezra Koenig and Father John Misty have writing credits.

In the days since the album’s release, a number of those collaborators have spoke about their work on Lemonade — some of their accounts sound like instances of sheer serendipity, while others (Hey, Josh Tillman!)… well, not so much.

In a series of tweets, Koenig explained how a tweet from 2011 which referenced Yeah Yeah Yeahs’ “Maps” gave rise to a demo with Diplo and eventually became Lemonade’s “Hold Up”. Beatsmith Boots took to Genius.com to detail how Animal Collective’s “My Girls” “accidentally” made its way onto The Weeknd-aided “6 Inch”. Josh Tillman, aka Father John Misty, also hopped on Twitter to “clarify” his involvement on “Hold Up” (he actually takes credit for the airhorn, admitting that he plays the makeshift instrument to make ends meet.) Update – Tuesday, April 26th at 8:33 a.m. CT: Father John Misty has shared the real story behind his Beyoncé collaboration, saying the first verse and refrain are his.

Check out their stories below.

it's not that complicated – but some ppl are confused so here's the short version: pic.twitter.com/Ma7P4HEngP

songs become tweets, tweets become songs – it's the way of the world

“this song /// section is the spiritual sequel to the “Ghost” section of “Haunted”. “9 to 5 to stay alive” morphs into the grind from Monday to Friday////Friday to Sunday.

The Animal Collective “material things” amalgamation was accidental. similar to when George Harrison got sued for “My Sweet Lord”. you write it and sing it and think “thats fucking great!!!” and everyone high fives and you’re all geniuses for fourteen seconds but it turns out its great because someone else already fucking wrote it. that song is a jam.”

Woke up this morning in an unmarked car with a band aid on my temple, a slight metallic taste in my mouth and a Beyonce writing credit

I was in Studio B at Ocean Way, listening to some playback of a recently completed job for a cereal I am not at liberty to name here…

Most airhorns you hear on contemporary recordings are samples, they lack the roundness and articulation of a live performance…

The oscillation between neighboring harmonics is audibly palpable in a studio setting, particularly with the wide range of iso rooms at OW

TBH I'm something of a dilettante when it comes to airhorn, and I required quite a bit of guidance (and extensive comping) to nail the take

Ultimately, you never know who's listening… sometimes it might even be your dreams

“About a year and half ago, my friend Emile Haynie played Beyonce some of my music, along with some tunes I’ve written for other people, back when she was looking for collaborators for the record…Pretty soon after they sent along the demo for “Hold Up”, which was just like a minute of the sample and the hook. I’m pretty sure they were just looking for lyrics, but I went crazy and recorded a verse melody and refrain too that, unbelievably – when you consider how ridiculous my voice sounds on the demo – ended up making the record – right between picking up the baseball bat and decapitating the fire hydrant.

I was mostly kind of in the dark, my involvement with the record kind of ends with me just sending off the demo, it wasn’t until she came to my Coachella set in 2015 and told me personally it had made the record that I really had anything concrete with which to convince my friends that I hadn’t actually gone insane.”